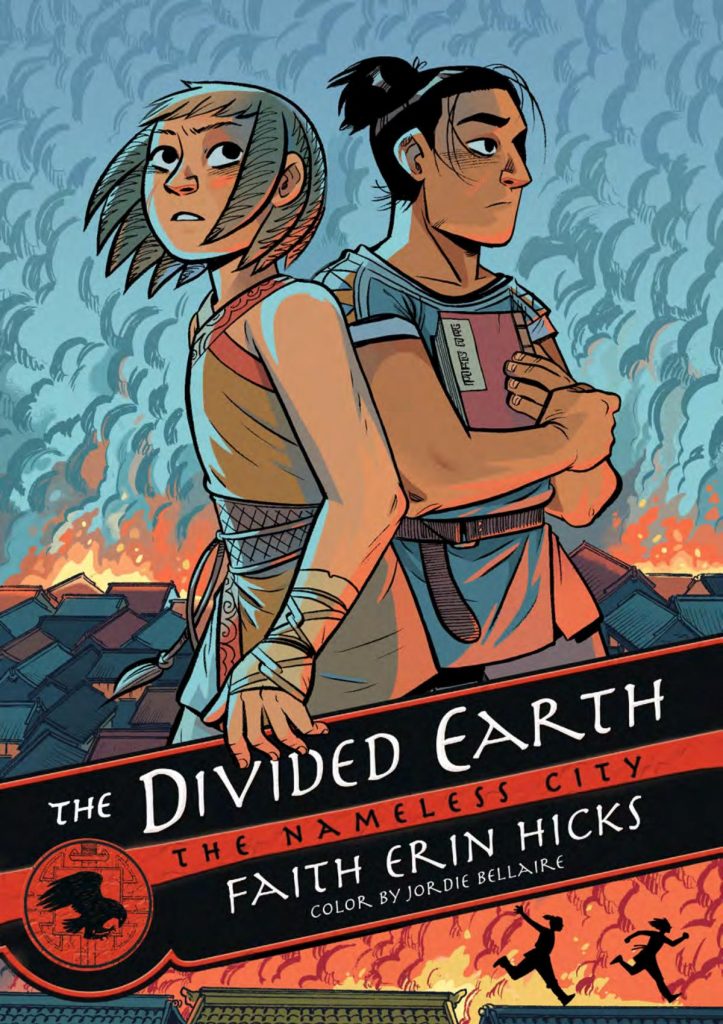 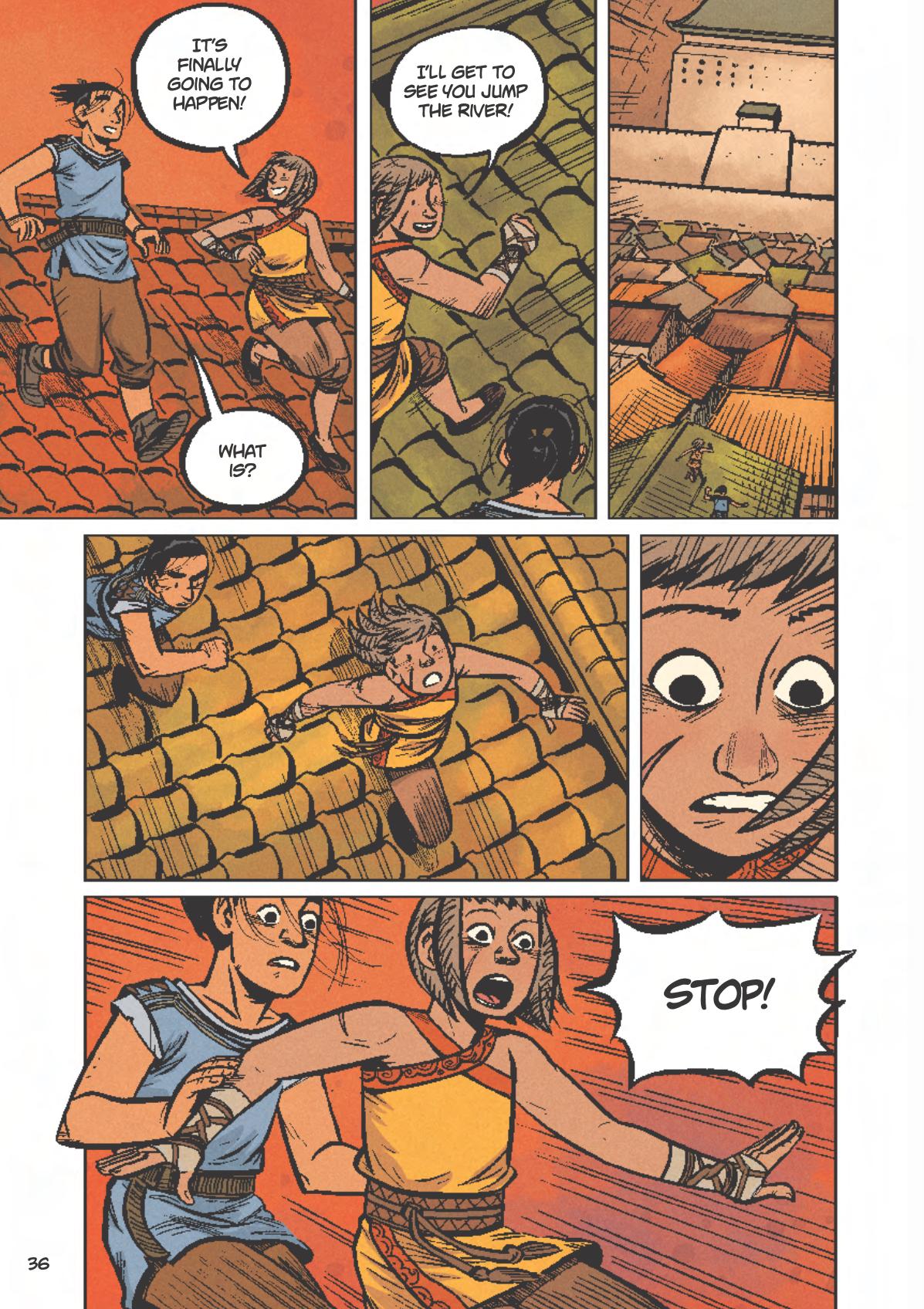 The Divided Earth concludes Faith Erin Hicks’ imaginative bonding trilogy set in exotic feudal era China. Over the previous books Kaidu has come a long way, learning to believe the evidence of his eyes rather than his teachings, and Rat has been instrumental in that, displaying for Kaidu a wider life beyond his relatively privileged upbringing. This was in a remote town, which he left for the Nameless City when he came of age, and that has a relevance regarding a surprising plot twist.

Since Kaidu’s arrival in the Nameless City much has changed, and in The Stone Heart, a new ruler, Erzi, stepped up, and plans to resurrect a dreadful secret in order to maintain his power. While the city’s desirable location as a means of passage means it’s changed hands many times over the centuries, Erzi’s ambitions don’t appear to have anyone’s best interests at heart.

It’s perhaps a necessary evil of a trilogy’s final volume that it’s relatively inaccessible to anyone who’s not followed events from the start. Having carried the bulk of the story to date, Kaidu and Rat are almost sidelined over the first third of the finale, and while requiring explanation, picking through complex political negotiations is hardly as absorbing for a young adult audience as their adventures. Kaidu’s father Andren, once the Nameless City’s General of All Blades, has long proposed alliance between competing nations, but there’s another, more extreme solution to ending the prominence of the Nameless City, and an embittered character who believes that to be the way.

More than the previous instalments Hicks is channelling Japanese comics storytelling. Once the action begins there are long chase scenes, protracted fights with speed lines, and considerable brutality. It’s exhausting just reading the story. There’s a mythical quality to it, and an epic scale, yet personalised via the eventual concentration on Kaidu and Rat as protagonists and inspirations. The ending is surprisingly contemplative, drawing a distinct line for the future, and an epilogue is one of hope and settlement. For all that, The Divided Earth is primarily a young adult adventure story and apart from some awkward pacing at the start, it ticks every necessary box. As a whole The Nameless City trilogy is an immense achievement and should be something recognised as such for decades to come.