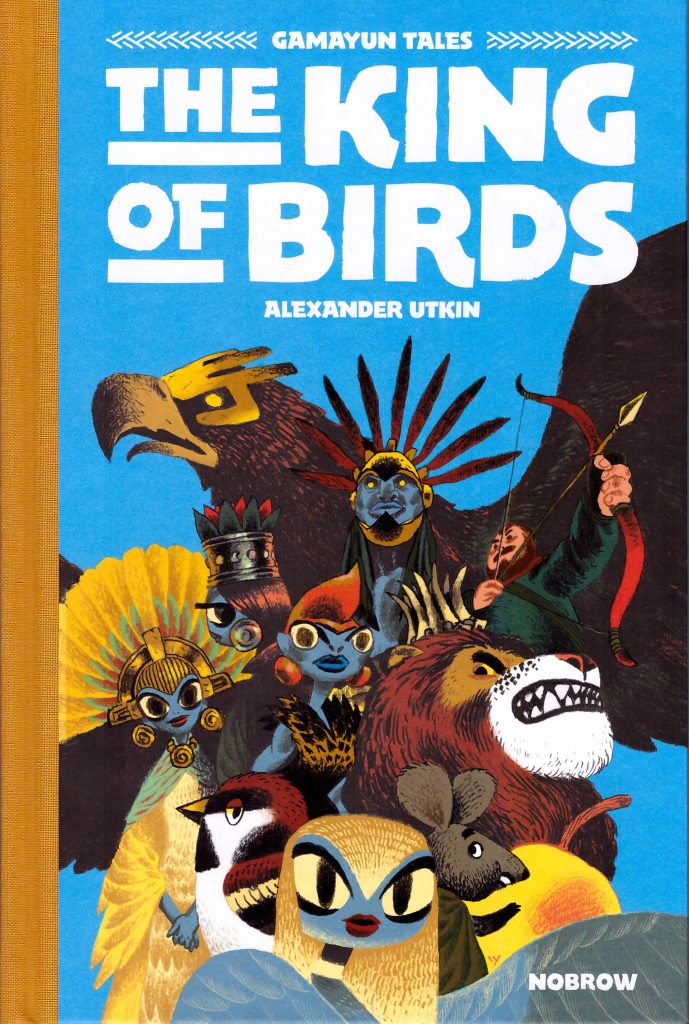 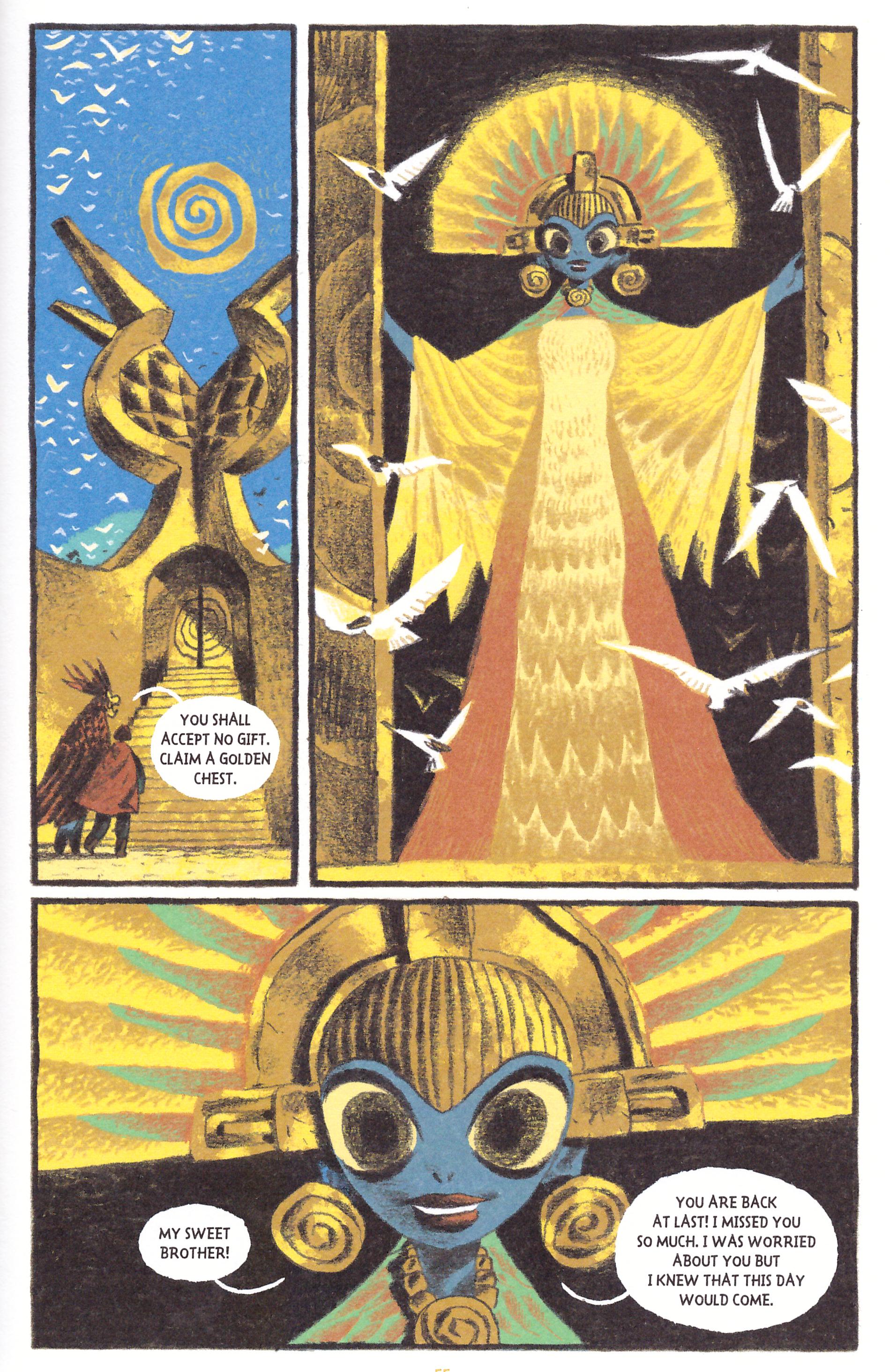 Even with the explosion of genres covered by graphic novels in the 21st century, adaptations of Russian folk tales are hardly common currency, so Alexander Utkin’s work on this and companion volume The Water Spirit is extremely welcome. However, it’s a strange and in some ways unfulfilling book, more down to the source material than Utkin, whose art is hauntingly memorable.

An odd story starts with a narrative voice, that of a strange small female bird with a human face named Gamayun, sourced from Slavic mythology, who claims to know everything. She’ll tell the story up to a point, but then diverge elsewhere. So the book begins by letting us in on the secret of carefully protected golden apples with rejuvenating properties, but then dives into a war between the animals and the birds, and the toll it takes on the king of the birds, a massive eagle. In a weakened state he’s almost killed by a hunter, but instead persuades him to stay his arrow – “I did no harm to you and I will pay you a king’s ransom for your mercy”. Only then do we hit the main story. As we’re dealing with folklore, this is very much in a roundabout way and twice employing the rule of three storytelling device, whereby similar circumstances are repeated three times for maximum effect.

Utkin works in pastels, or more probably a digital equivalent, as he achieves very neat defining lines, and is uniquely stylised, drawing strange and slightly creepy hybrid creatures with large eyes. They’re entirely appropriate, giving the necessary otherworldly look to a world where animals are intelligent, and few humans are seen. Utkin is an artist rather than a writer, so words are few and the splendour of the art tells most of what’s needed.

For all that, The King of Birds is a frustrating read. Having been hooked by a story of someone committing a daring robbery from a warrior princess, there’s no closure. “I will tell you another time”, says Gamayun about how things played out. The same applies to the conclusion. The hunter is given a prize, but one of uncertain provenance, in a box he’s told not to open. Again, it’s frustrating not to have an answer (which comes in The Water Spirit).

Some compensation is provided by the care taken to produce a book that looks and feels good, from the coloured cloth spine to the mixture of matt and gloss art on the cover. The endpapers are also lovely. Such lavish work deserves a production credit, but there’s none to be found. Much like some answers. The art is wonderful, the source material very interesting, but superhero style continuity doesn’t work on all-ages books.

All three of Utkin’s stories published in the hardcover format were subsequently issued in a paperback collection just titled Gamayun Tales. 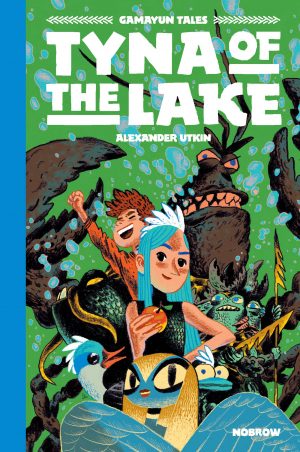