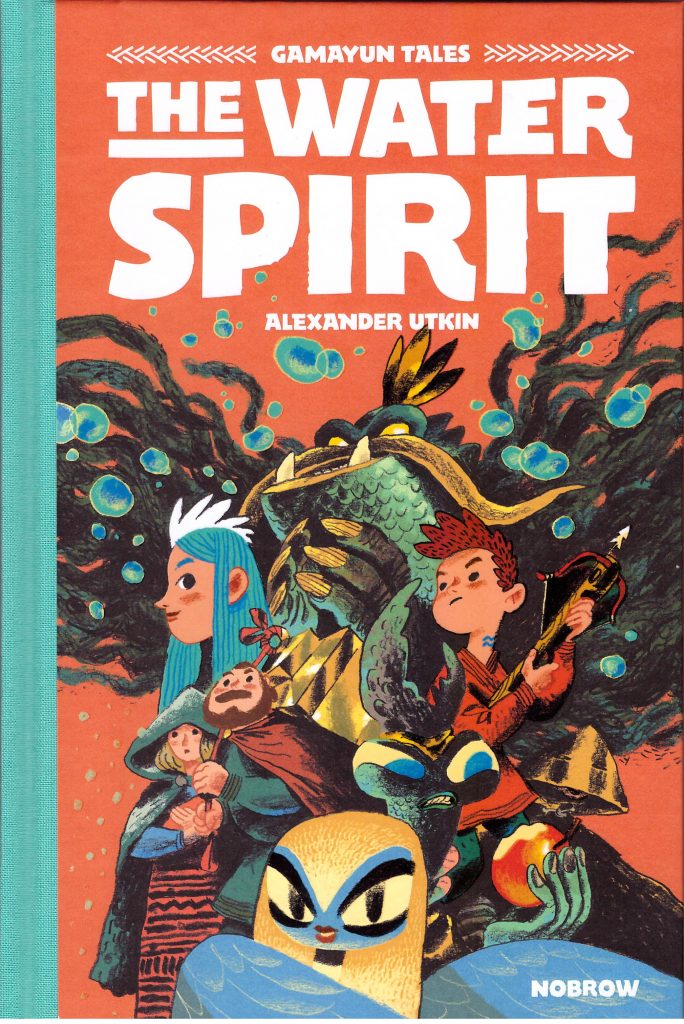 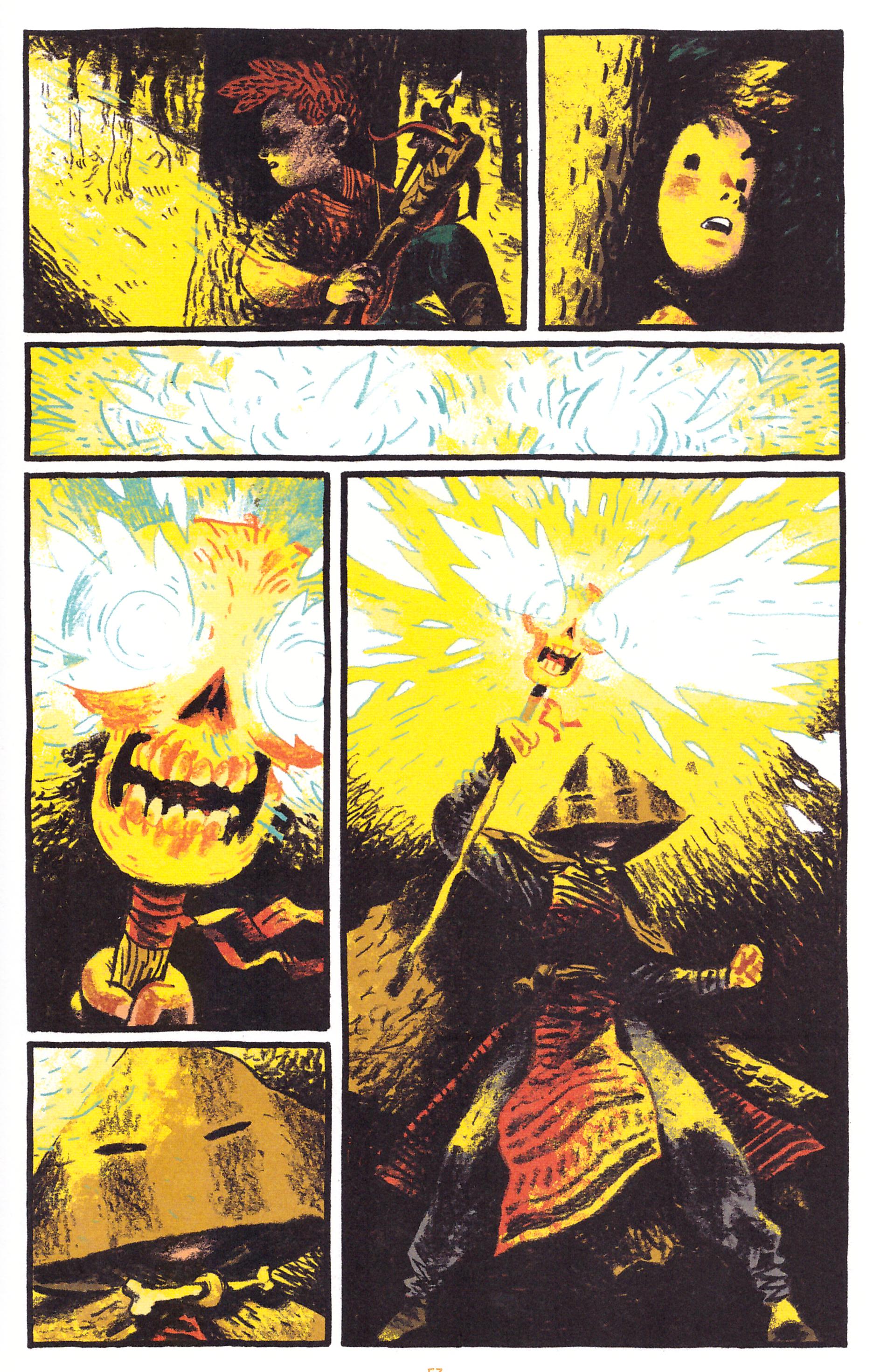 The lovely design and production of The Water Spirit suggests it’s a companion book to Alexander Utkin’s adaptation of Russian folklore in The King of Birds, and in fact it’s a continuation. We rejoin the Huntsman who’s received his gift of thanks after caring for an eagle for three years. It’s a large gold casket that he’s not to open until he reaches home. “You will bitterly regret it if you disobey me”, he was told by the eagle. If that seems harsh, it should be clarified that the huntsman was prepared to kill the weakened eagle before being promised a reward. Of course, there’s no mythical story or fairy tale where the person told not to do something obeys that command, and faced with atrocious weather conditions several miles from home, the huntsman opens the casket. Sure enough, he bitterly regrets it, angering a water spirit, although not as a direct result of disobeying the Eagle’s instructions.

As previously, Utkin’s story, adapted from Russian folk stories, takes some wild swerves. It’s again narrated by Gamayun, the bird with the human head, and while the unfortunate Huntsman’s presence is considerable, the story twists away from him eventually. It would take a Russian folklore expert to know for sure, but it’s beginning to seem as if Utkin is stitching assorted tales together, forming a sort of continuity, as he keeps promising that later we’ll hear a character’s full story or the conclusion to some event. No matter, since anyone coming in expecting a fairy tale isn’t going to demand the meticulous logic of a crime novel, and this is more satisfyingly structured than Utkin’s first book.

Utkin has a great sense of design. Essential to the story is a creature who’s a house spirit, invisible to humans except very young children, and the design combines a spider, a dog and a turtle. His lumpy underwater warriors with large fish eyes are similarly memorable. Utkin is primarily an illustrator (take a look at his great webpage) and coming from that background uses the art to tell much of the story, keeping the words to a minimum, and his composition and use of colour is captivating. Because the stories are intended for all ages, Utkin tones down the horrific elements and features likeable humans, but the sample page shows how effective he can be if wanting to increase the horror a little.

This is once again a beautiful looking book and a captivating read, and Gamayun Tales continues with the 2019 release of Tyna of the Lake. Later all three of the smaller hardcover editions were collected in paperback as Gamayun Tales I.