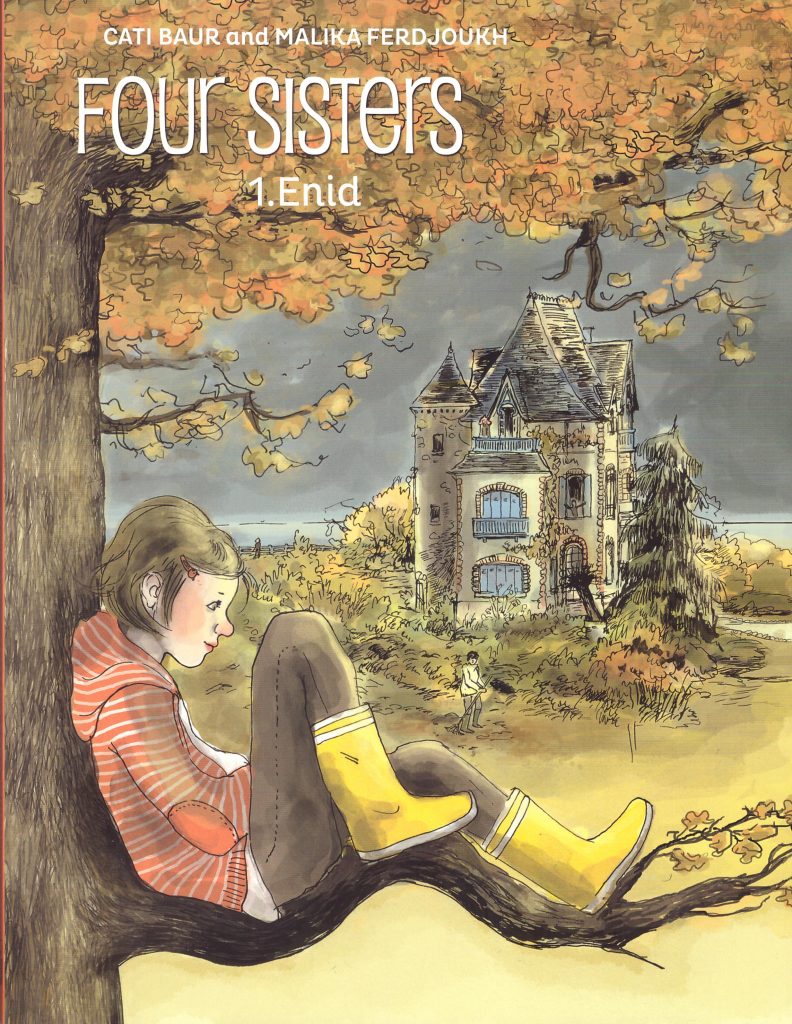 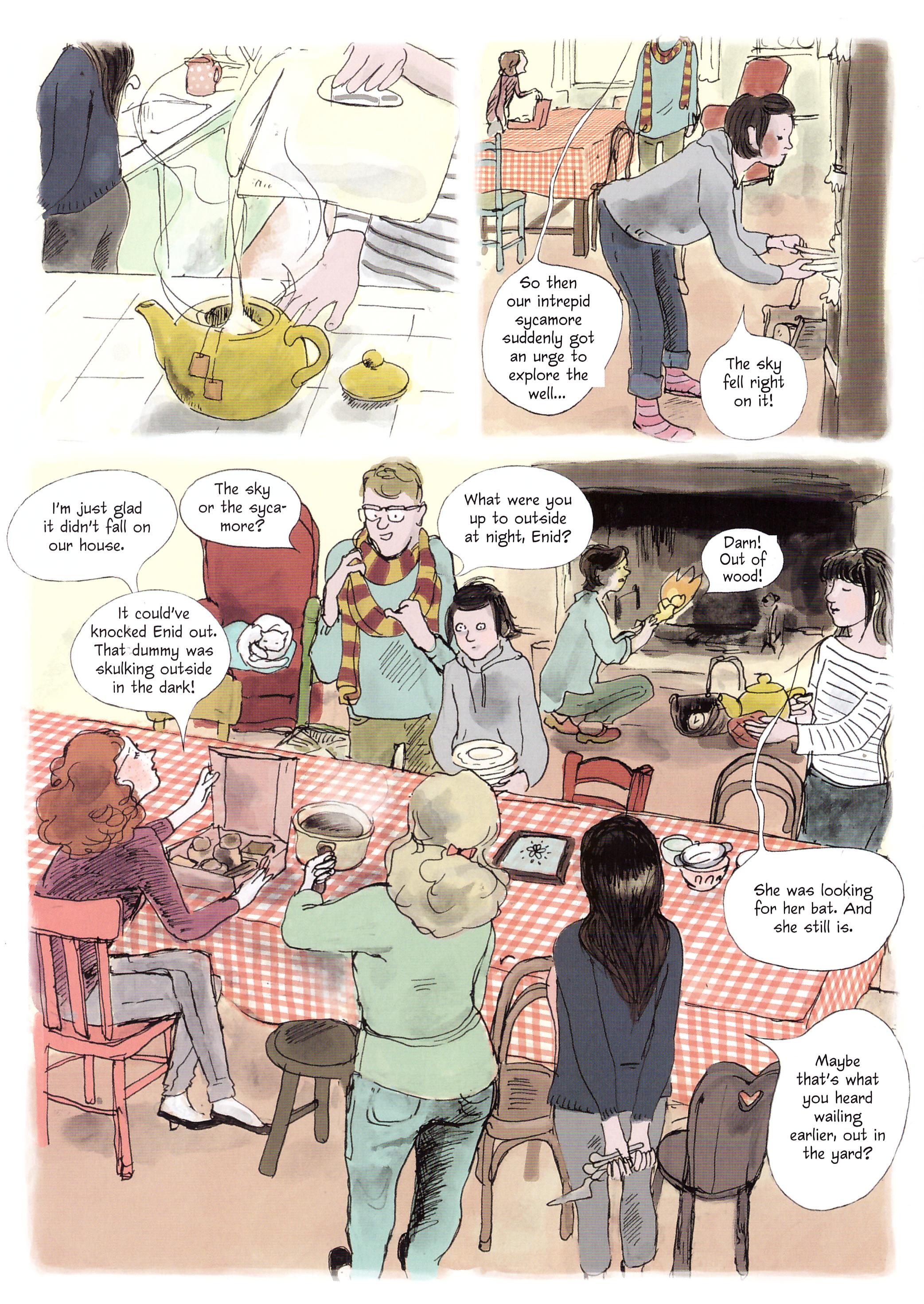 The first obvious question is why the series title is Four Sisters when there are five Verdelaine sisters. That, of course, means each has four sisters. Furthermore, in Malika Ferdjoukh’s novels, from which the stories are adapted, eldest sister Charlie misses out. She’s 23, old enough to be the guardian of Enid (9), Hortense (11), Bettina (14) and Geneviève (16) after their parents died in a car crash. For the curious, the long gap between first and remaining children must be written off as story convenience, as despite regularly appearing as ghosts, the parents offer no explanation.

It’s unclear how much Ferjoukh personally contributed to this adaptation, as artist Cati Baur is credited as co-writer, but Ferjoukh’s craft was in constructing the world, and there’s very little about Four Sisters that doesn’t beguile. Her obviously prodigious imagination produced an environment that intrigues from the start, not only via the very different characters the girls have, but also with the carefully conceived background. They live in a vast old house in a state of disrepair on a cliff top overlooking the Atlantic, and there’s a constant concern about money. They receive a monthly cheque from an absent aunt who shows little interest in them, but that’s barely enough to cover essentials. The circumstances induce an instant sympathy, as anyone with multiple siblings will find the domestic problems familiar, and there are some wonderful evocations of childhood frustration, not understanding the world the adult reader knows all too well.

Every now and then Baur gives one of the cast an expression that seems to channel Ronald Searle, but although hers is also a loose style of cartooning, it’s generally softer, and she’s wonderful at defining a personality with a pose or a facial glance. She’s also excellent with the clutter and dishevelled look of the house. An afterword by Ferjoukh reveals how she imagined the girls when writing about them, casting them from old films, and Baur buys into this, devising appropriate designs.

Despite the book being subtitled after Enid, she plays no larger role than the others of an ensemble cast in a meandering story that has so many nice touches. The parents’ ghosts manifest in strange clothing, and each of their daughters can see them, but keeps that secret from others. The Volkswagen camper van is inspired family transport, and the overwhelming mood is good natured as the family muddle along superbly. There is some predictability, notably with the outcome of a mean-spirited prank late in the book, but that conforms with what we’d want to see, and shortly after there’s a piece of real magic as a mystery is solved.

The studious Hortense is the least developed of the sisters, but she’s the star of the next graphic novel. Provided, of course, that this is successful enough. There’s no reason it shouldn’t be. It’s delightful, looks great and never talks down.