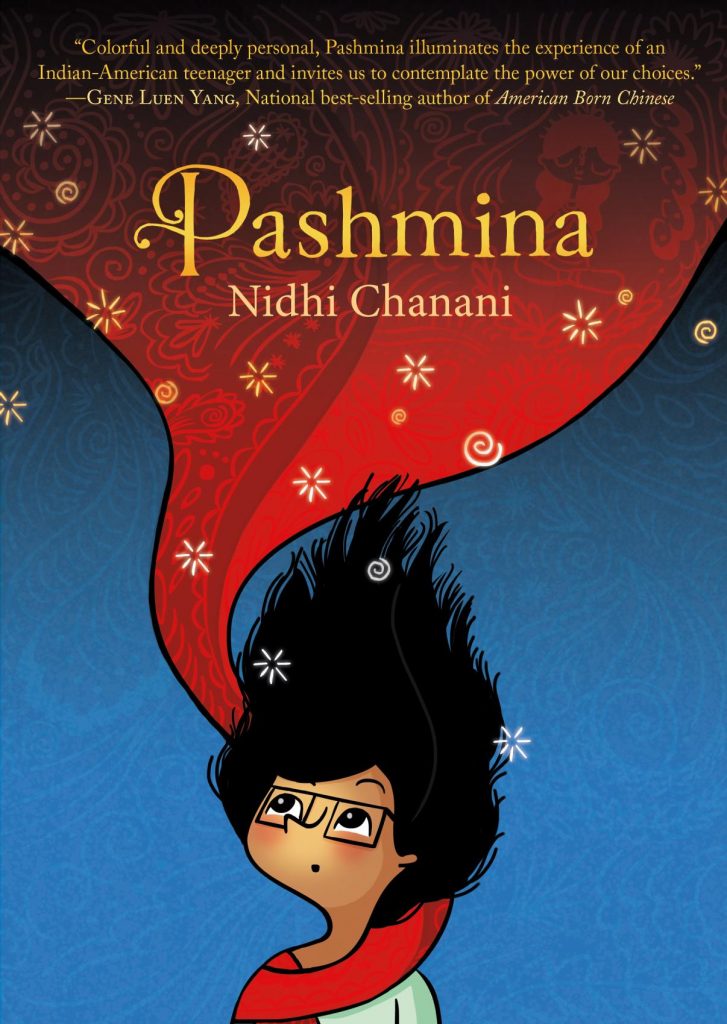 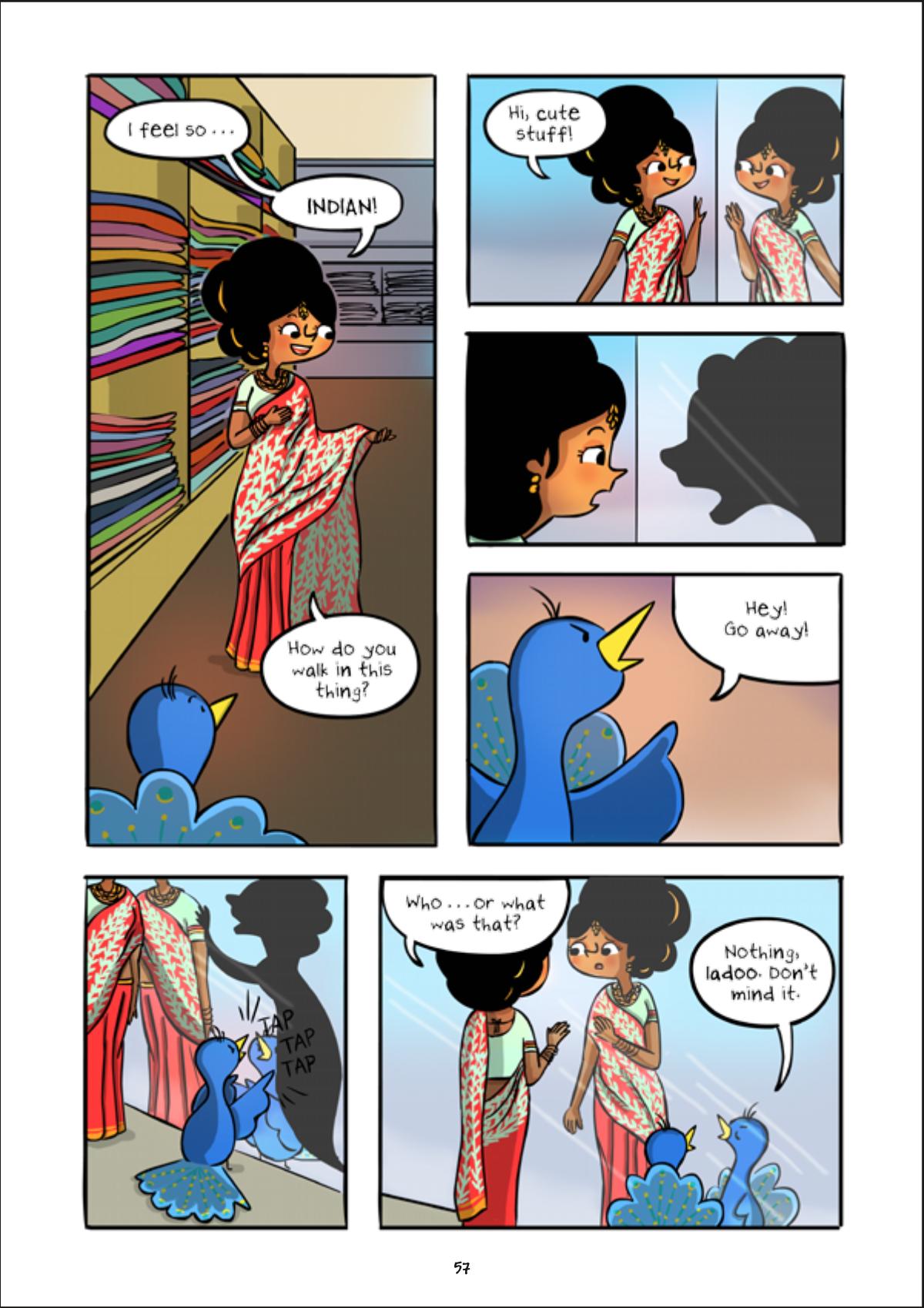 Priyanka is a second generation Indian American. Although her mother was 18 when she moved to the USA, her formative years were spent in India, but she’s secretive about them, and closes off completely when Priyanka enquires about her father. Priyanka can experience a taste of her heritage when she’s with family friend Uncle Jatin, in whose company she spends an afternoon each week, at least until his wife has a child of their own.

There are elements of magical realism to Nidhi Chanani’s first graphic novel, as Priyanka yearns to learn more about India, and discovers she can be transported to an approximation of it by putting on a form of decorative Indian shawl, the pashmina of the title, which she discovers in an old suitcase. As her mother becomes ever more evasive and Jatin has to see to an ailing child, these visits become Priyanka’s connection to India. Even here, however, as she’s shown around by an elephant and a peacock, there’s an intrusive shadowy presence neither will explain.

In contrast to Priyanka’s dreams, the India she eventually visits is very different. For all her desire to explore her background, much about her is American, and the answers to questions she’s asked for years horrify her. The secrets of the pashmina are also revealed, with Chanani including a reference to an actual tragic event, and although it’s subtle, she doesn’t soft soap other aspects of Indian society that we’d see as undesirable. The purpose of the pashmina cleverly ties back into a story related near the start of the book, but not everything is spelled out, and we’re left to draw our own conclusions as to the purpose of the shadow creature. Is it reality pulling back, or something more sinister?

For her cartooning Chanani makes the very deliberate choice to emphasise curves over straight lines, giving Pashmina a jaunty feel even during more difficult moments, but the art is also very flat and two dimensional in places. What’s very effective is the switch from black and white to colour when the pashmina is activated, the reasoning behind it explained toward the end of the book.

While not strictly autobiographical, in interviews Chanani talks about how her own family and background informed the story. It’s certainly educational regarding what it’s like to have an exotic heritage in a society that prioritises conformity, and charming throughout, but also employs a very languid form of storytelling and there are sections that drag for want of some jump from the mundane. There is however enough of the original and exotic to consider Pashmina a promising début that will open a lot of young eyes.