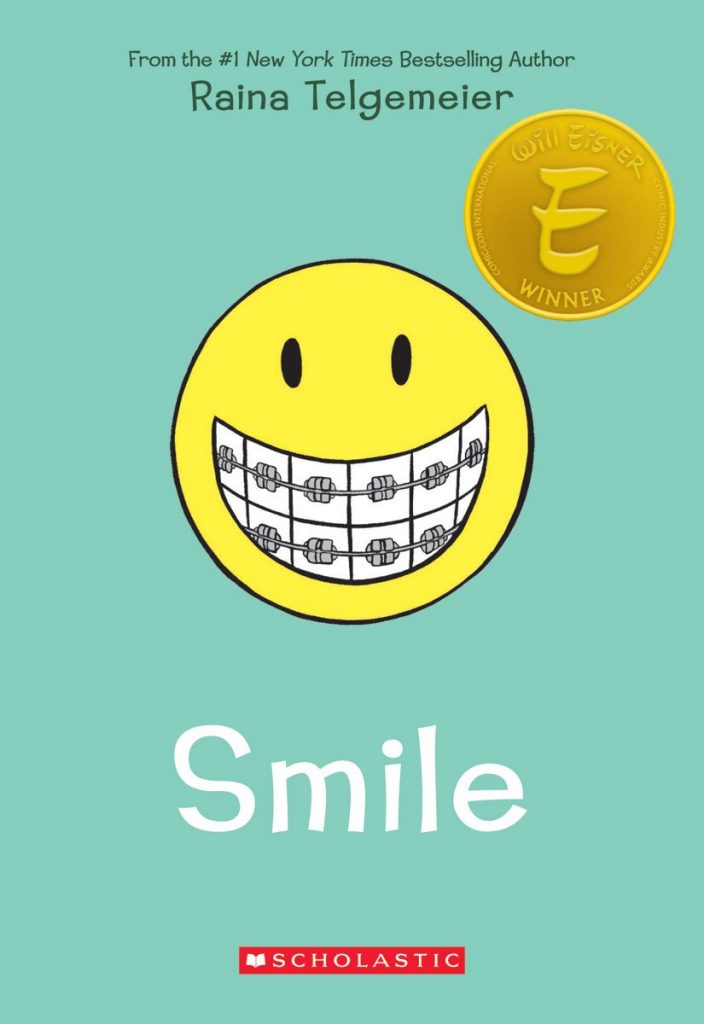 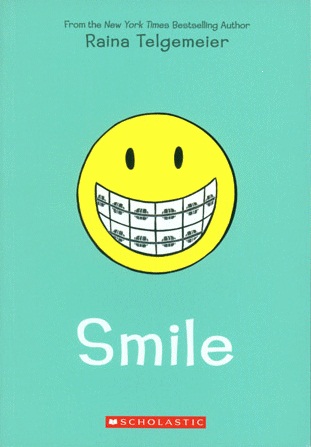 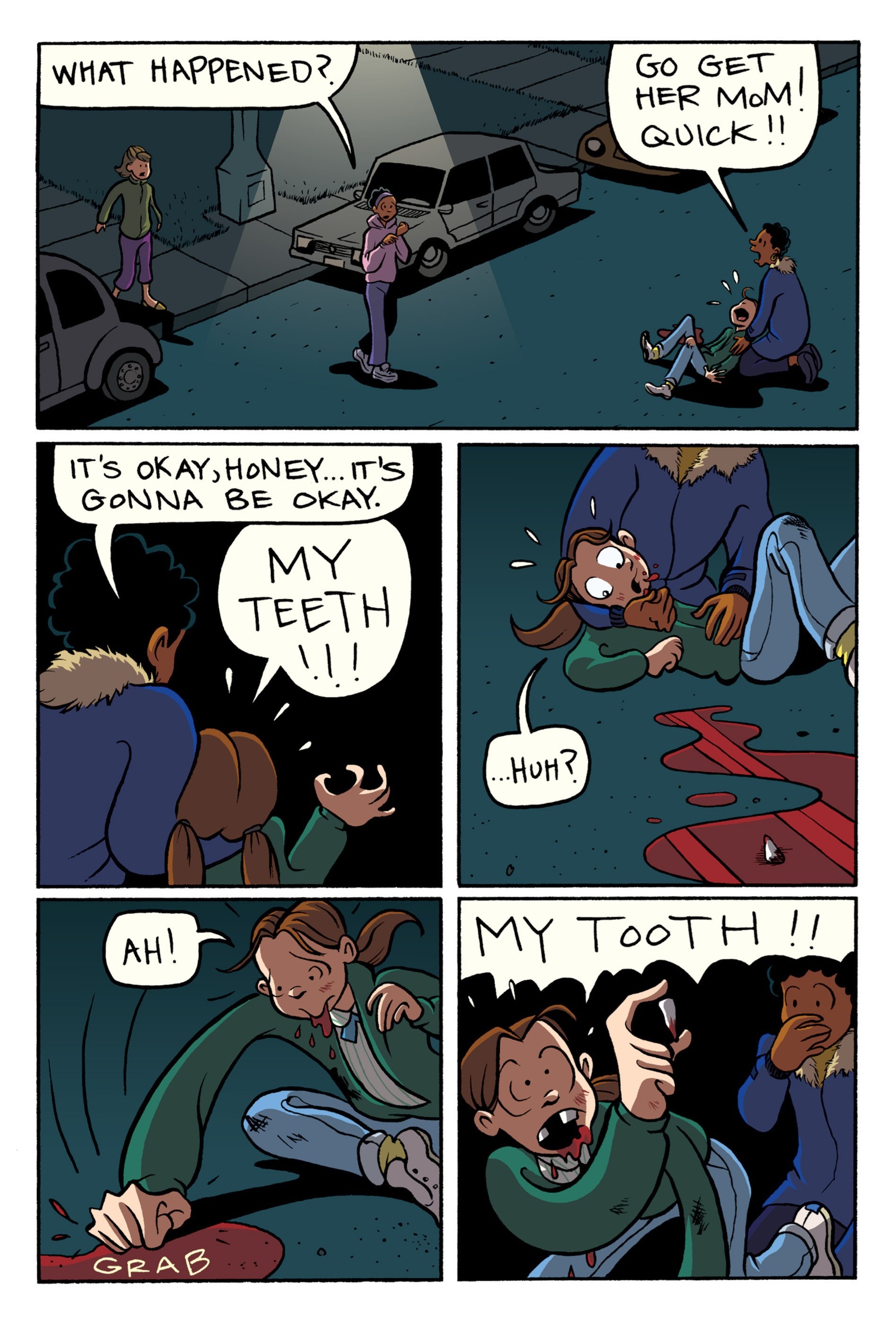 Raina Telegemeier had been telling people the dental horror stories of her youth for years before it occurred that there was potential for a graphic novel in them, and she began serialising this material on a website. However, what begins as a story about dental troubles expands into autobiography about teenage years, with the author recalling just how awkward and lacking in confidence she felt.

At eleven the young Raina had just learned she needed a brace to correct an overbite when she stumbled on a pavement and fell flat on her face. One of her top front teeth was knocked out, and the other was forced back into the gum. Thankfully corrective surgery worked, but required the teeth be encased in a protective cast that affected her speech. In her chatty afterword, Telegemeier notes that whenever she told people about her dental troubles they’d cringe in horror, at which point she’d say “Wait, it gets worse!”. So does Smile. If it weren’t for the fact that someone actually went through everything detailed it would almost be plotted comedy in the way that each cure reveals a further problem.

There’s no shying away from the discomforting processes or the frequent pain, and even more explicit is the socially ostracising equipment required. This coincides with the onset of puberty, a longing for boys and the outbreak of acne, just compounding the young Raina’s feelings of awkwardness. And if all that wasn’t bad enough, there’s 1989’s San Francisco earthquake to put matters into perspective.

As with any other Telegemeier graphic novel, the cartooning looks simple, but is superb, very natural in bringing people to life, and it just seems to flow so easily. When it’s needed, though, she can also produce a great landscape or urban scene.

It’s compressed for story purposes, but your heart really goes out to the young girl who spent four and half years being poked and prodded by dentists. It must have seemed endless at the time, but the adult is able to transform the horror into a witty exploration of teenage life. Telegemeier’s mastery of the young adult graphic novel market is almost absolute, but the fear of Smile is that it’ll ensure no young girl who reads it will ever visit the dentist again. Other problems common to young girls also feature. “I guess dumping on me made them feel better about themselves, in some twisted way” is a worthwhile conclusion reached, and although near the end of the book, a real turning point. The eventual message is that everything will work out, and there’s the positive reinforcement of being true to yourself and not having to put up with abuse to maintain friendships and popularity.

Smile won the 2011 Eisner Award as Best Graphic Novel for Teens, and before the New York Times excluded graphic novels from their bestseller lists in early 2017, Smile had spent 240 weeks on the list. That’s a far greater endorsement than any review.