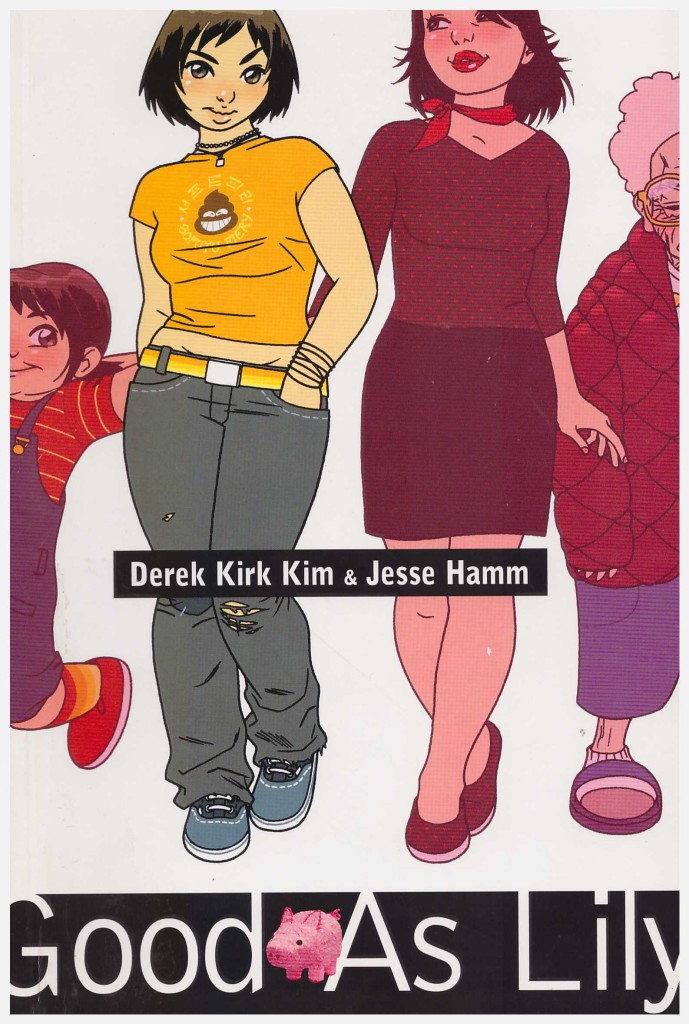 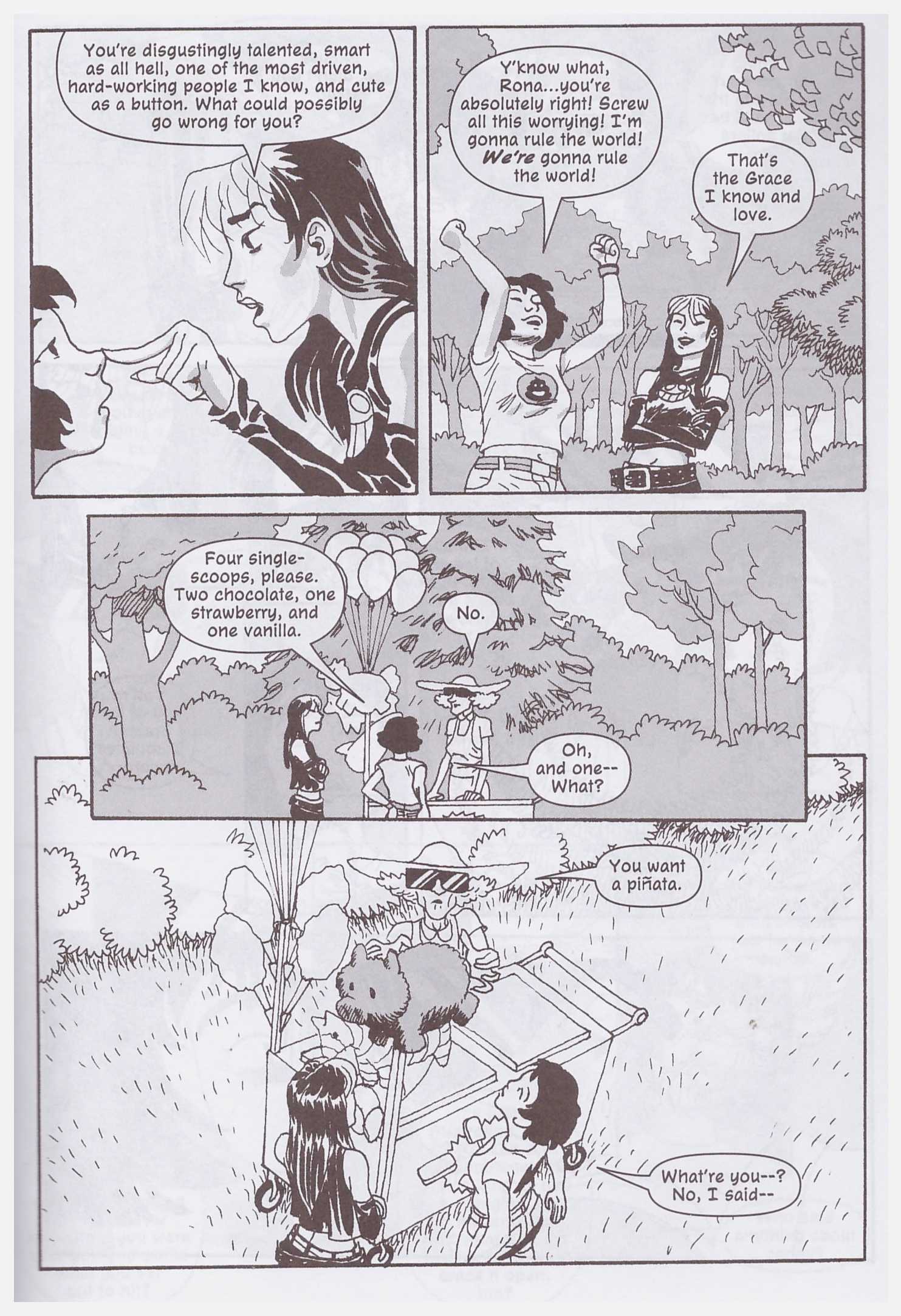 This was one of DC’s short-lived Minx imprint of graphic novels, a cynical attempt to crack the female readership which resulted, largely, in soulless pseudo-Manga turned out by committee. Good As Lily was a happy exception, a gently amusing comedy doubling as a poignant coming of age fantasy, well worth tracking down.

On her eighteenth birthday, self-doubting Grace Kwan is comparing her lack of achievement to what some of the greatest examples of humanity had done by that age. That’s not the way her friends see her, and in an exceptionally well created opening sequence, their relationships and bonds are laid out by author Derek Kirk Kim and artist Jesse Hamm.

Having left one of the presents she’d been given in the park, Grace returns there only to discover an unhappy lost infant. Almost immediately thereafter a woman needs rescuing from a pond, and thankfully a septuagenarian lady turns up with the required long stick. This mismatched quartet has one thing in common; they’re all Grace Kwan, on different birthdays in her life. Their never-explained manifestation brings to mind the premise for one of those nutty 1960s American sit-coms where one farcical situation piles atop another, but Kim’s script is smarter than that.

Crowding all three of her other ‘selves’ into her bedroom, Grace achieves the difficult task of keeping them secreted from her parents, and allocates them other identities to explain their presence to her friends.

The older iterations remember aspects of their past lives, and the thirtysomething – sorry, ‘29’ – year old Grace in particular, is up for seizing some opportunities that slipped by. Kim’s script ensures every Grace has their moment, and their narrative purpose, although the elder Grace’s comes late in the story, leaving her a curmudgeonly enigma for most of the book.

Learning from her other selves, and helping them achieve some of their unfulfilled dreams, Grace discovers her own self-worth, which only she has ever questioned, and comes to accept, finally, that she is as good as Lily.

Who’s Lily? Hey, buy the book and find out, urchins – we’re not giving it all away here!