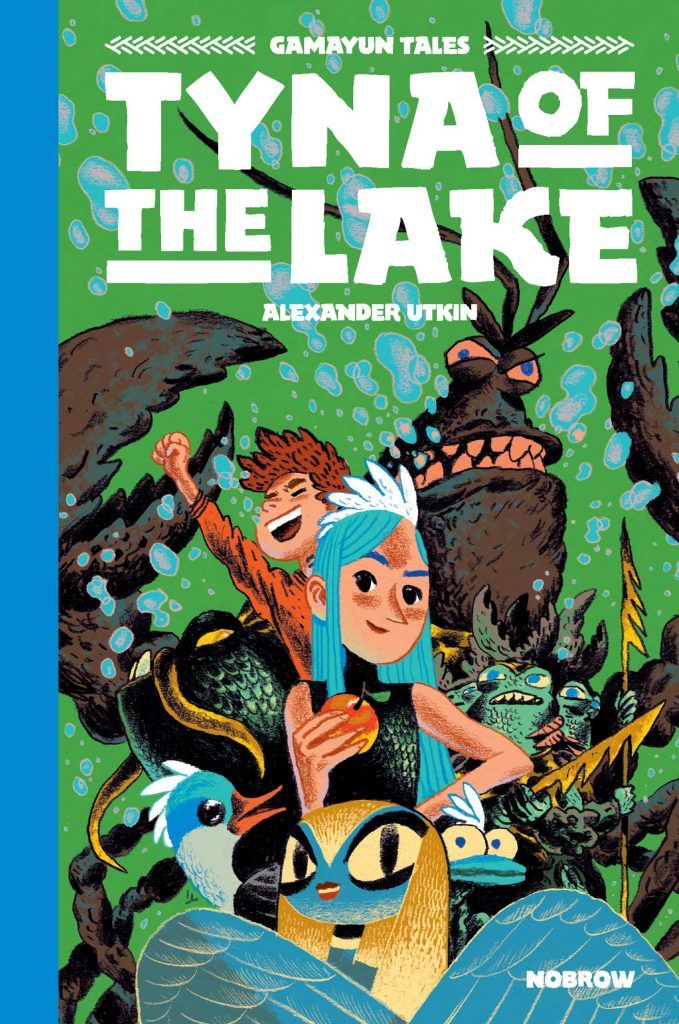 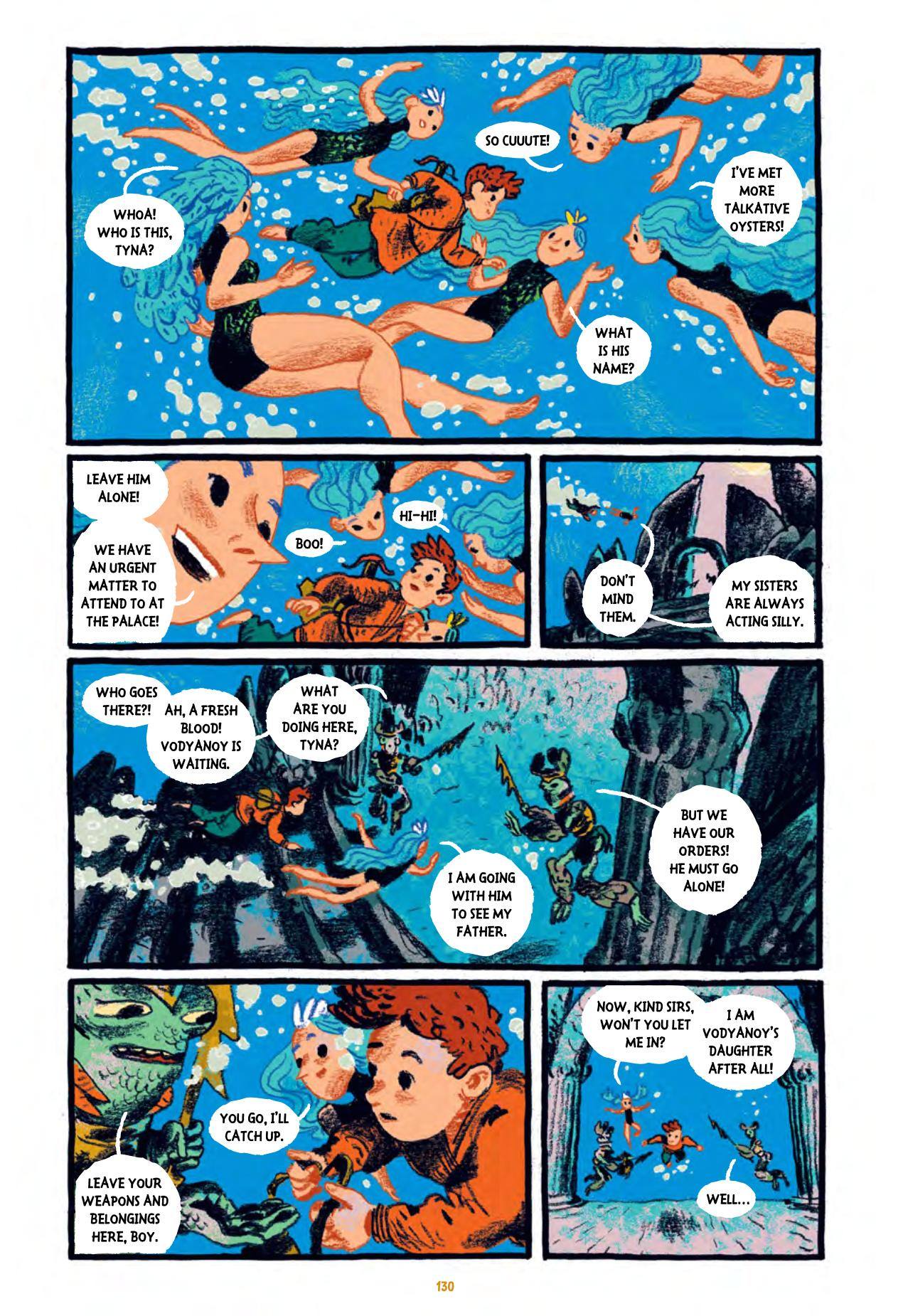 Alexander Utkin completes his adaptation of a traditional Russian folk tale with Tyna of the Lake. Two previous chapters, The King of Birds and The Water Spirit, first introduced a huntsman given a strange reward, then showed him exploring that reward and the consequences. The huntsman’s son attempted to find a way of rectifying a trick played on his father by Vodyanoy, the Water Spirit, the tragic result of which was his being promised to Vodyanoy as lifelong servant. After many adventures the previous book ended with him befriending a young woman able to transform into a bird. She gave him a ring enabling him to breathe underwater, and revealed her father as Vodyanoy.

Having illustrated the two previous books in gorgeous bright art, Utkin doesn’t depart from what’s already worked so well, and we’ve given another fifty pages of that stunning art making the best of the eccentric characters and exotic locations. This time much of the action occurs under the water, and Utkin swirls the shades of bright blue around the characters to dramatic effect, supplying a vivid portrait of an alien environment.

The story picks up immediately after the boy enters the lake alongside the now named Tyna, being introduced to the wonders and dangers of the underwater world. Vodyanoy is prepared to give the boy a chance to escape his fate, but he’ll have to defeat the king’s champion in what’s claimed to be a fair fight, but as is often the case in fairy tales, it actually isn’t. And there’s a sting in the tail: “You’re not free to leave my underwater kingdom, but your life will be far more leisurely than originally intended”.

Because most of us aren’t familiar with East European folklore, Utkin can amaze with the twists while retaining the essential fairytale quality of the stories he adapts. As ever with such stories, the danger and trickery are prioritised over logical motivation, but the thrills banish any thought of such things. It’s another all ages treat in a nice small hardcover edition.

If preferred, all three of these stories are collected in the Gamayun Tales paperback, which is the format Utkin continues with for Gamayun Tales II.