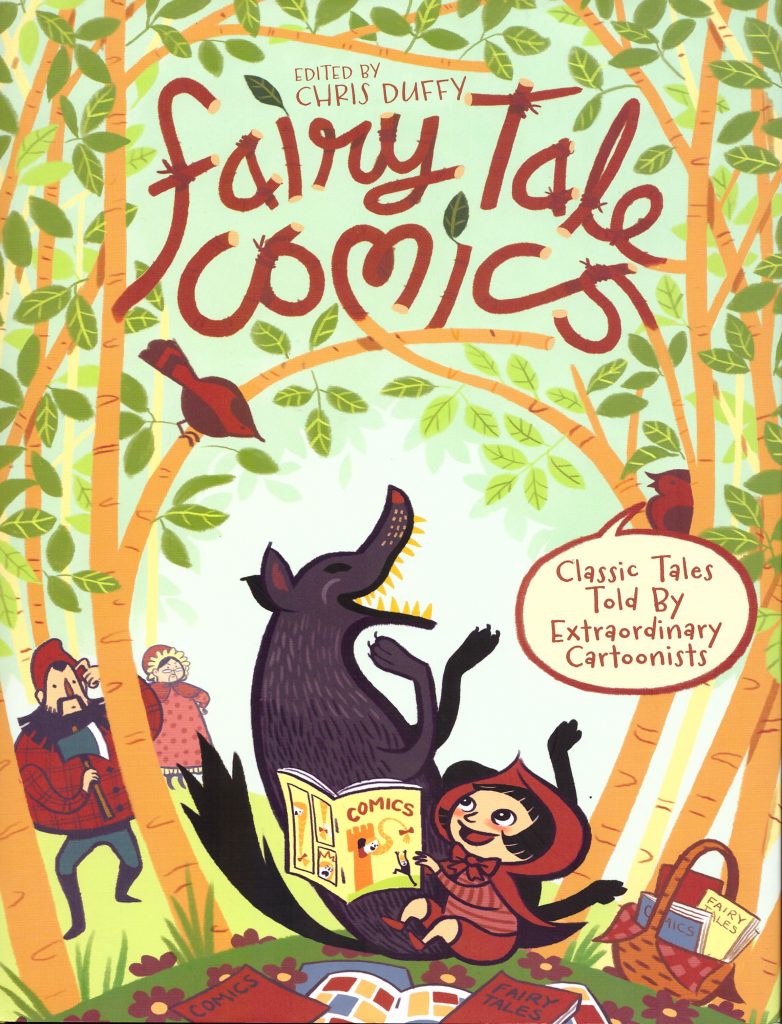 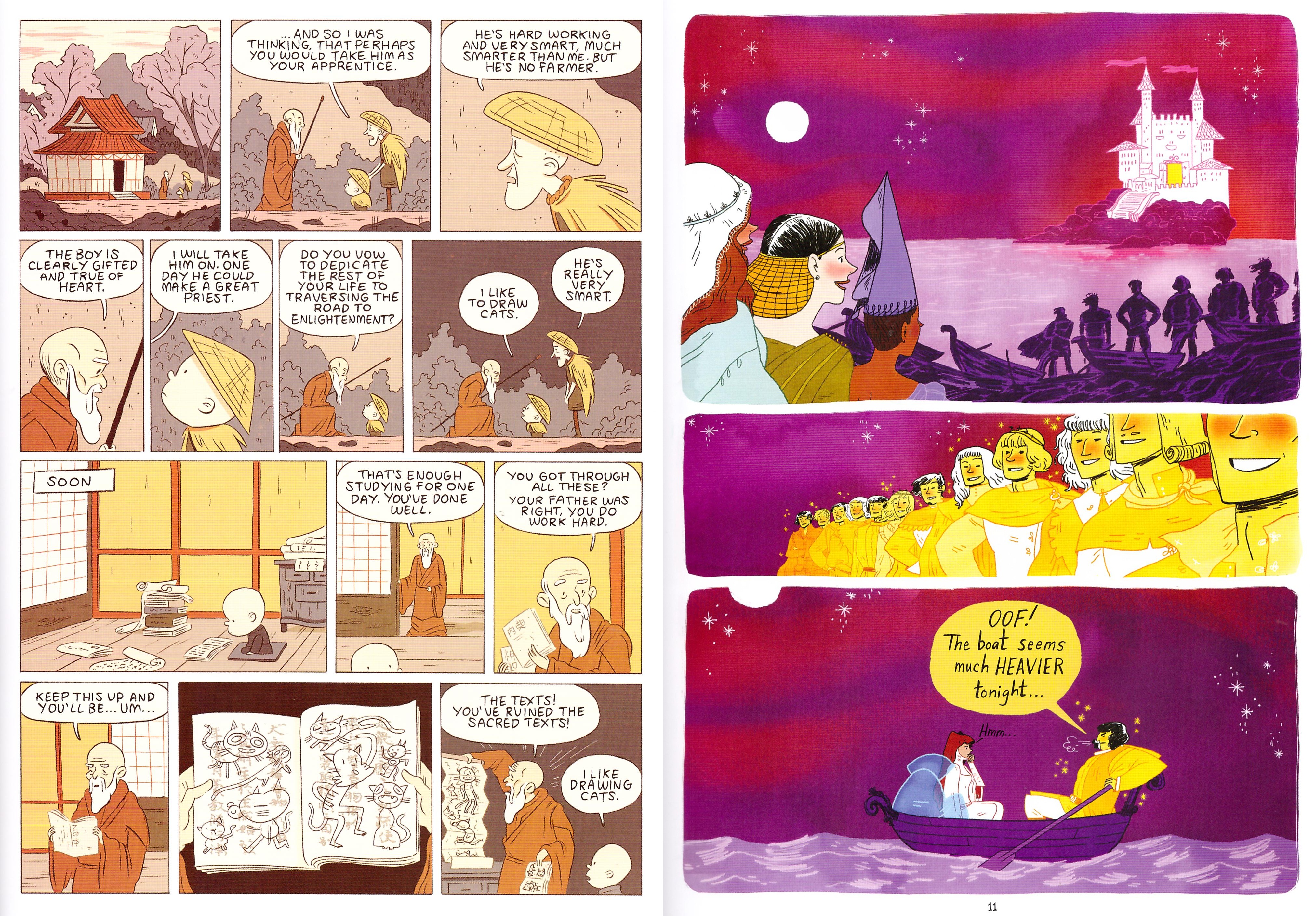 Fairy Tale Comics is a selection of perverse and shocking material and you shouldn’t let your children anywhere near it. Why, even in the sanitised versions there are witches, demons, savage animals and wicked stepmothers forever attempting to rid themselves of stepchildren in gruesome fashion.

Just kidding, it’s great. Editor Chris Duffy has done a first rate job selecting the material and gathering the contributors. While there are some very famous stories such as Snow White (Jaime Hernandez), Puss in Boots (Vansessa Davis) and Rapunzel (Raina Telgemeier), they’re accompanied by many equally engaging, but lesser known tales. Bobby London illustrates one of a town flooded by porridge, Ramona Fradon tells of a prince who married a tortoise, and Luke Pearson’s version of a Japanese folk tale about a boy who liked drawing cats (sample art left) is a highlight of a very strong selection. Duffy’s spread his choice around the globe, and having already produced the acclaimed Nursery Rhyme Comics anthology, has some experience.

So what occurs about fairy stories? The misogyny for starters. Where there’s a villainous dark soul, it’s almost always a woman. Rumpelstiltskin is an exception, but there’s a case to be made for misrepresentation and deal-welching setting him off, whereas so many of the other stories have women who’re wicked for the sake of it. Wolves apart, animals are generally loveable and helpful creatures, fathers are downtrodden and kings are capricious. A strange coincidence is the emphasis on the writer’s rule of three, a device no-one can really explain noting that something that comes in threes (wishes, attempts to rid oneself of stepchildren, efforts before success) is inherently of greater narrative satisfaction. The storytellers of old seemingly recognised this.

Pretty well any page you care to open the book at presents something visually arresting. So many other strips are noteworthy. Graham Annable channelling Ronald Searle for Goldilocks is great, Gilbert Hernandez draws a fabulous witch, Emily Carroll (sample art right) has a vivid colour sense, Karl Kerschl’s animals are haunting, David Mazzucchelli draws a marvellously strange king. Selecting stories that don’t match the remainder is possibly a matter of taste, but children’s book illustrator Charice Mericle Harper doesn’t adapt well to comics, and while good, Brett Helquist takes an approach that’s too storybook traditional compared with the remaining content.

Fairy Tale Comics is a wonderful selection of stories and art, with creators who bring something new to timeless tales. Don’t overlook it.