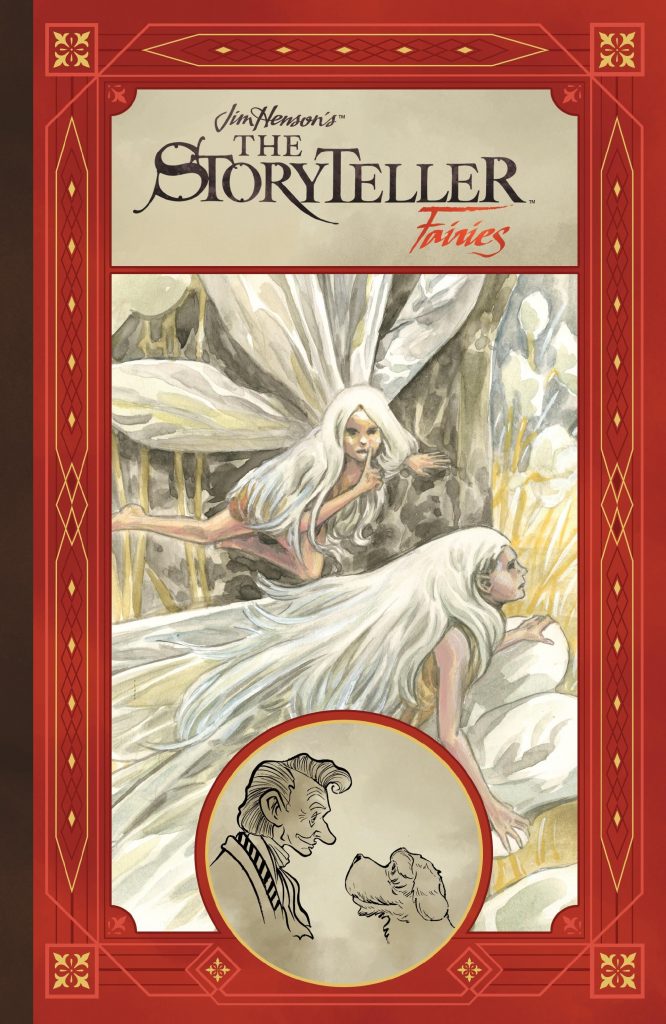 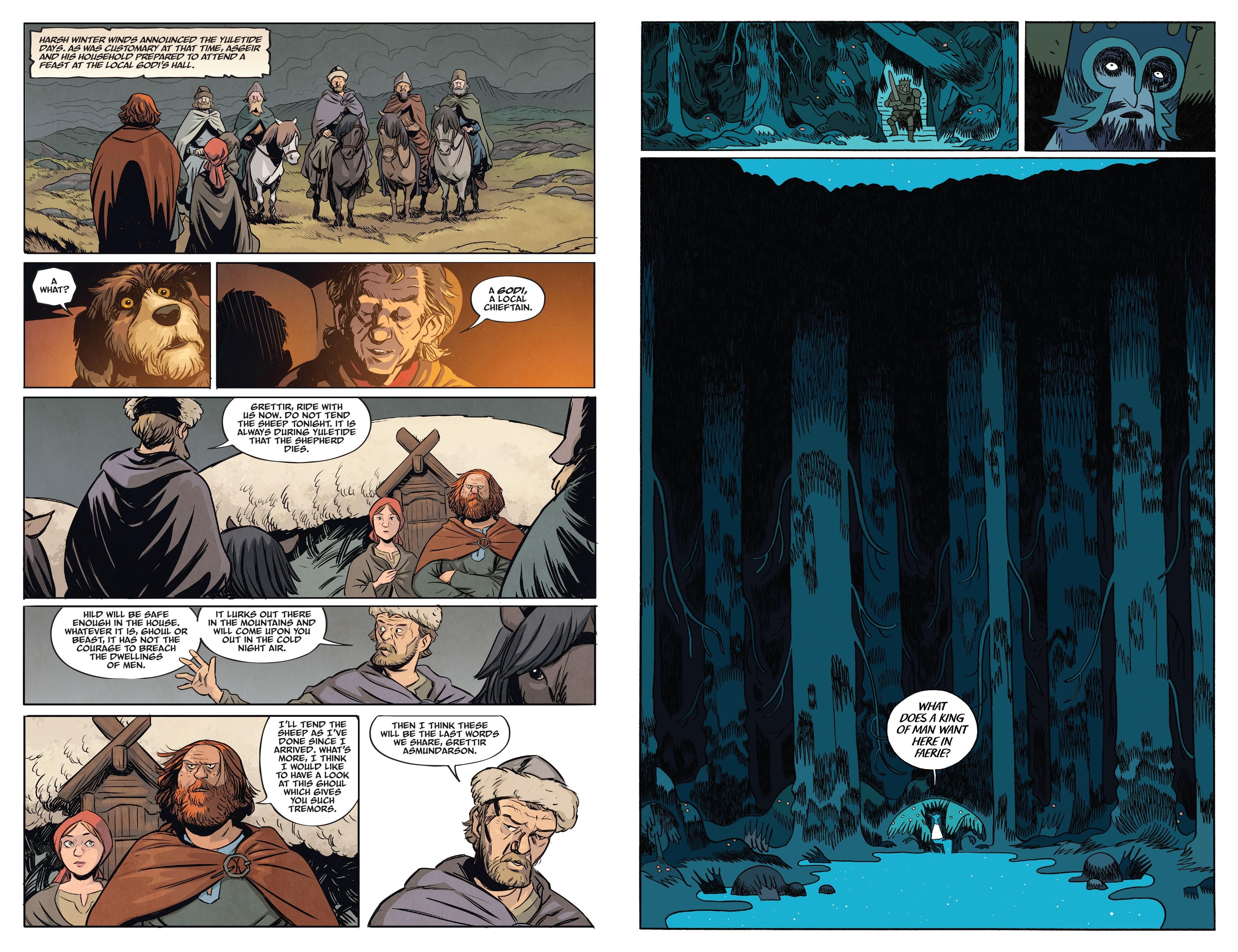 There’s no reason to mess with what’s creatively successful, so the Fairies anthology follows the same pattern as the previous three Jim Henson’s The Storyteller collections by having four creators supply their version of a fairy tale, legend or myth. In this case they’re all European, and as is customary, each creator prefaces their contribution with some background details concerning what drew them to the story and changes made.

In the Witches anthology Matt Smith was credited as Matthew Dow Smith, but this is the same delicate work (sample art left). He wanted to draw Iceland, but discovered traditional Icelandic tales don’t feature fairies, so instead twisted a tragic tale of elves to suit his purposes, explaining it neatly. As is always the case, the tales is told by the Storyteller to his talking dog companion, and Smith sets a fantastic mood of foreboding regarding Grettir’s fate in the opening pages. This preface also enables the explanation of contradictory elements, and rolls out a classic fairy tale that should be more widely known.

Benjamin Schipper is also drawn to Scandinavia, but to Denmark, and notes in some areas his story about fairies is told about elves. It concerns a king who’s conquered all there is to conquer when he learns of Faerie Hill, but how things play out from there is very different from what might be expected. Fairy Tales might include physical transformations, but people always remain true to what they are. Except, interestingly, in ‘Faerie Hill’, and it’s not just the King who changes. Despite being American, there’s a very appealing loose style of Franco-Belgian cartooning to Schipper’s art (sample right), which has a similar look to the Dungeon books. His storytelling is slightly uneven, pages offering space for atmosphere requiring others being crowded, but this isn’t fatal.

A looseness also characterises the art of Tyler Jenkins, but he works in a figurative style, and largely without backgrounds. His introductions note the colouring of Hilary Jenkins giving an authenticity to the look of Hawaii, but beyond the way his cast dress, which could also be ancient Greece, Jenkins provides none of this himself. More imaginative art would have brought more out of the twisting emotional roller coaster of ‘The Pond’. The fairy presence is small, but the assorted character dynamics are classic soap opera.

Celia Lowenthal unites two fairy stories as she investigates what it’s like to visit the Fairy Kingdom, an ambitious shepherd boy taking the trip. Lowenthal plays well with essential lack of logic to fairy tales – why would the fairies tell someone they’d just transported to their home that one day he’d be their king? There’s also the command that there’s one thing a person must never do, and the inevitable temptation to do just that nevertheless. Again, though, the outcome isn’t predictable, and there’s an elegant charm to what happens.

All creators offer more explanations along with black and white art reproductions after the stories are finished. It’s another satisfying collection, the three strong pieces outweighing one that’s weaker, and treat for anyone who loves a good magical story. Next up are Sirens.