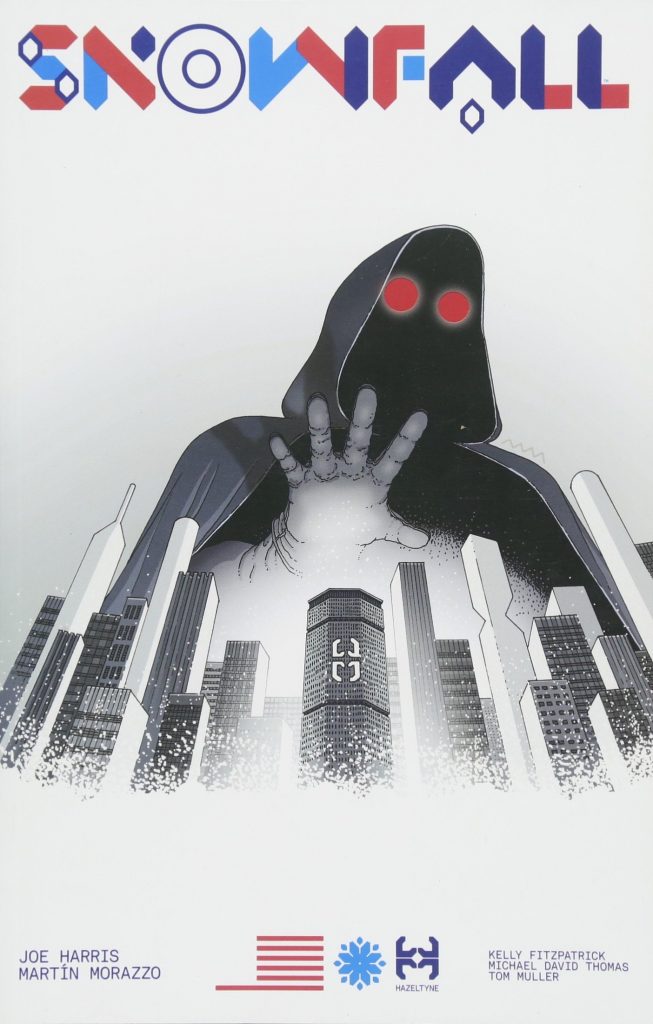 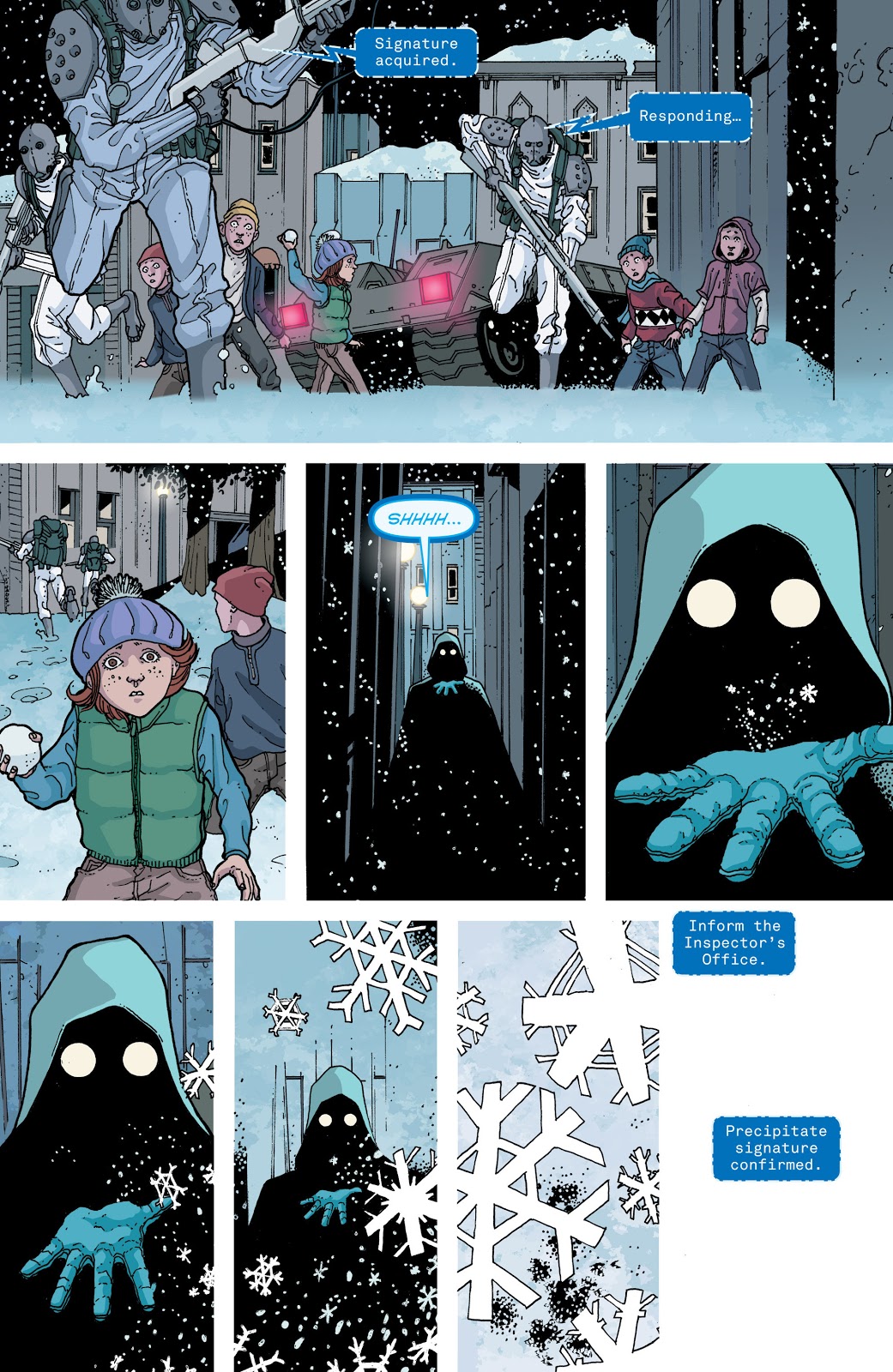 Snowfall presents the not too distant future of 2045 where climate change has ensured there’s no natural snowfall in the USA. The country’s changed also, enshrining legal rights for corporations to be considered people, as business interests are now merged even closer with the political class. Communities have corporate protectors, but are fearful of them, and with good reason. The last person to make a significant stand against this was known as the White Wizard, and he disappeared ten years previously.

Joe Harris’ viewpoint is that corporations take no responsibility for anything other than making money, and the politicians permitting them to do so are complicit. They’re currently responsible for much of the bad in the world, have infinite resources to persuade people the opposite is true, and having screwed things up good and proper, restoration is just another money making opportunity. Morality? Irrelevant. Instead of celebrating the return of snow it’s viewed as a dangerous infringement of proprietary technology. Yes, it’s a cynically bleak view, but one that makes for a captivating background to Snowfall, where Harris combines past and present to show one man’s attempt to change the world. What’s needed for a revolution?

As was the case with Great Pacific, Harris is working with Martín Morazzo who’s smoothed the rough edges from his artwork to become a phenomenal talent. There’s a delicacy to his linework, he’s always had a good eye for laying out a page, and an intensity of detail, but he’s no longer held back with stiff figures, so pretty much everything looks great. The designs are also notable, with the armoured corporate soldiers bringing Star Wars stormtroopers to mind without stealing their look.

However, for all the work put into a convincingly threatening background, Harris lets his story run away from him. It starts well, spotlighting several people with conflicting agendas, throwing us back into the past and presenting the wonder of snowfall, but that’s followed by a very saggy middle section featuring a lot of rushing about and shooting without much accompanying plot progression. He also fails to ensure past and present are adequately separated on occasion, leading to some confusion, and overworks a fairy tale allegory, even if this is supplied with meaning at the end. There are more than germs of good ideas in an extremely well drawn story, one that’s still better than average, but Snowfall would have benefited immensely from being cut by about a third to tighten the plot.