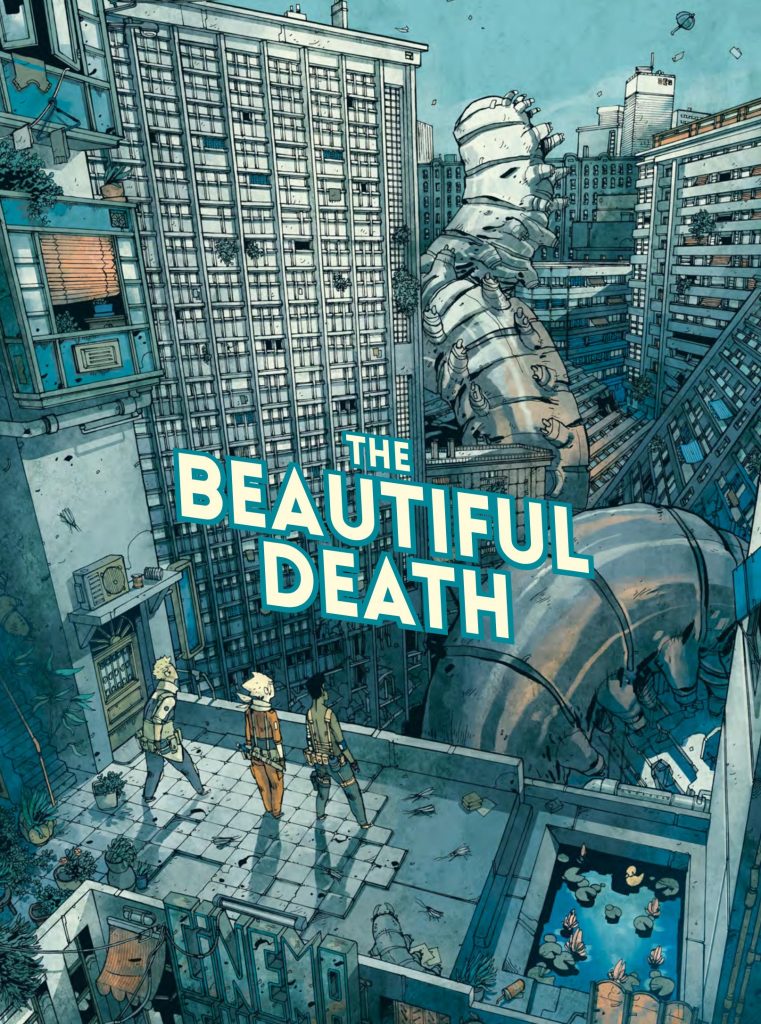 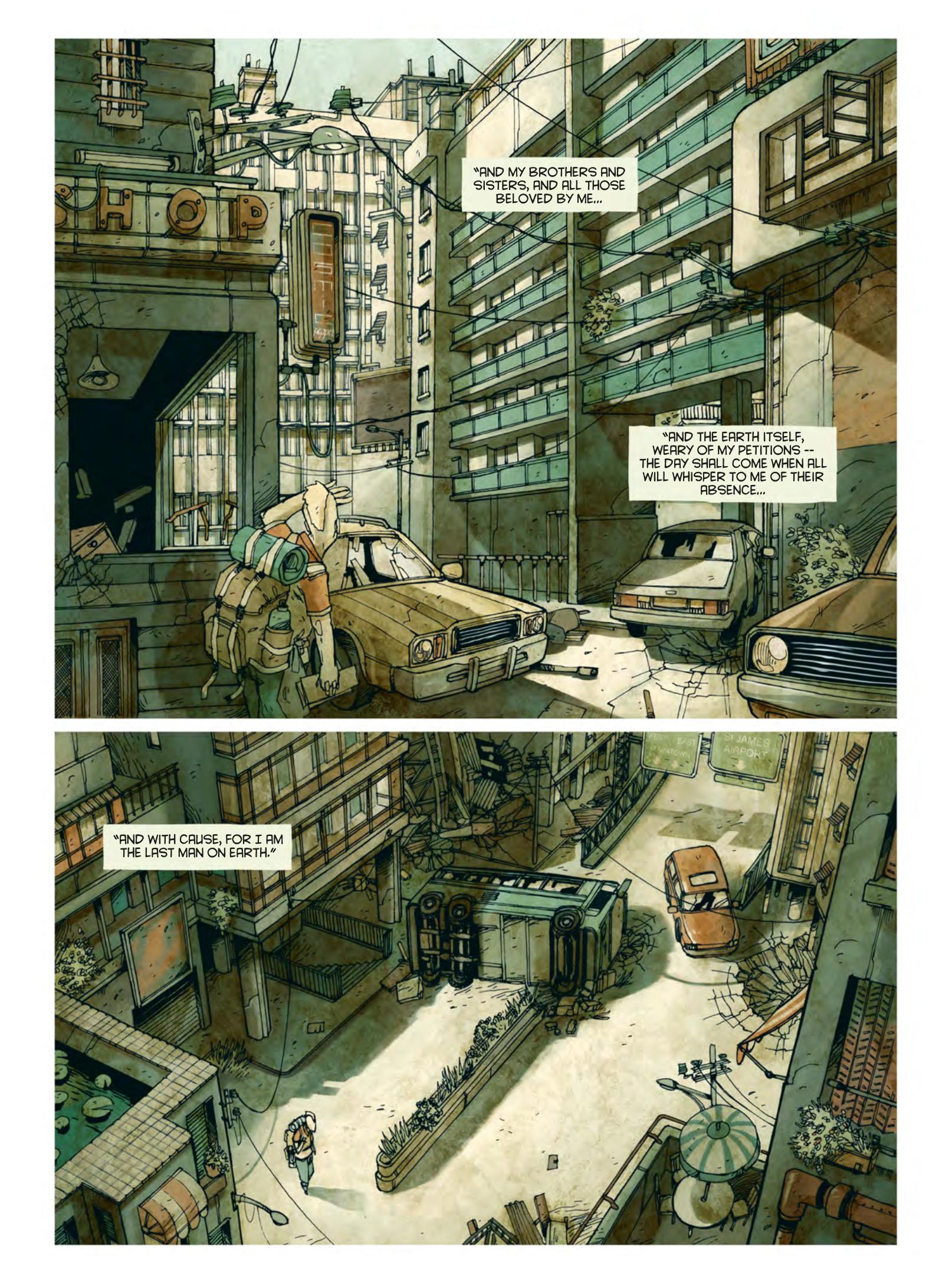 The Beautiful Death is another entry in the apocalyptic Earth library, but one crafted to very high standards by Mathieu Bablet and characterised by an unusual approach.

Early in the book we’re introduced to three armed humans scavenging a devastated New York for supplies, and avoiding what they refer to as insectoids. The cover rather gives the game away as far as those are concerned, but they don’t appear inside for a very long time. They’re not that important until the mid-point, as before then they’re just a narrative means to an end of studying humanity under pressure. Of the three it’s Wayne who’s the most pessimistic, noting that when the use by date on the canned food they eat is reached, that’s going to be their lot. Why don’t they settle down and grow some food? Bablet has that covered. When the insectoids first appeared the Chinese attempted to deal with them via nuclear bombs, and the resulting radioactive fallout means nothing safely edible can be cultivated.

Bablet’s art is astonishing. Truly astonishing. He brings a half demolished city to life in superbly grubby detail, drawing every fractured window and broken door, and there’s something of the great Enki Bilal in the way he creates his filthy environments. His devastated New York actually looks like a place where no-one maintains the city, and indicated by dust covering all surfaces, and whales swimming up the Hudson river. His oddly angular humans take a bit more getting used to, very stylised and impressionistic rather than the perfect specimens usually populating comics, and until one of them is named Jeremiah there’ll be people thinking he’s a woman as within Bablet’s style he’s given very feminine features.

It’s staggering that something this good is someone’s first work. Anyone can see the art and realise the quality, but the writing almost matches it. The pacing is superb, allowing us to come to know the cast in small snippets, occasionally surprising, as Bablet has guided us toward thinking about them in a certain way beforehand. Once we’re aware of them and roughly how they react, around the halfway point, Bablet opens up the story into the past and into the weirdness, really pulling out the memorably surreal and disturbing imagery. Each of the three people has a destiny, and it’s been no accident that they’ve survived for so long when the rest of humanity died. As acknowledged in the author’s biographical information, cheap horror and science-fiction movies have been the primary influence, but Bablet steps beyond the obvious with intelligence and the occasional moment of bleak humour. The Beautiful Death is very, very good, and to think that Bablet’s career is just starting is wonderful.