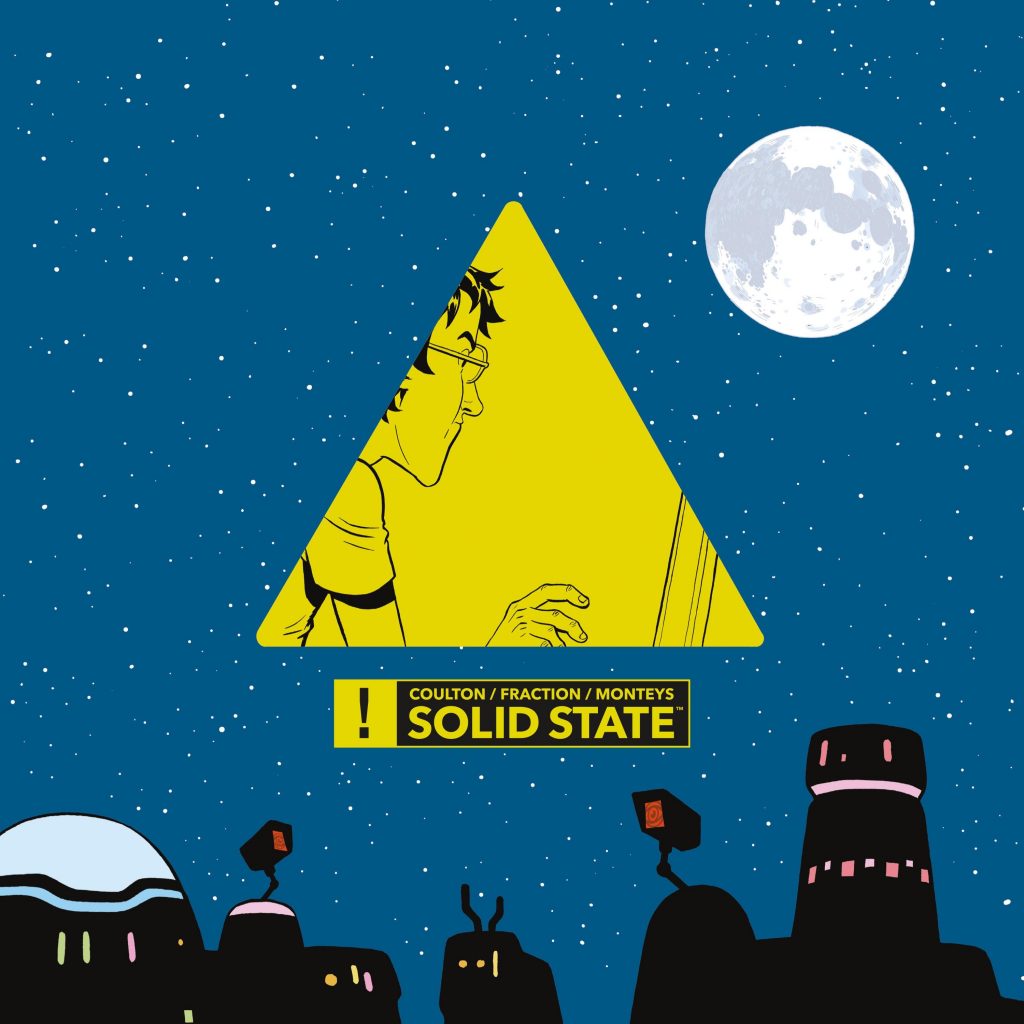 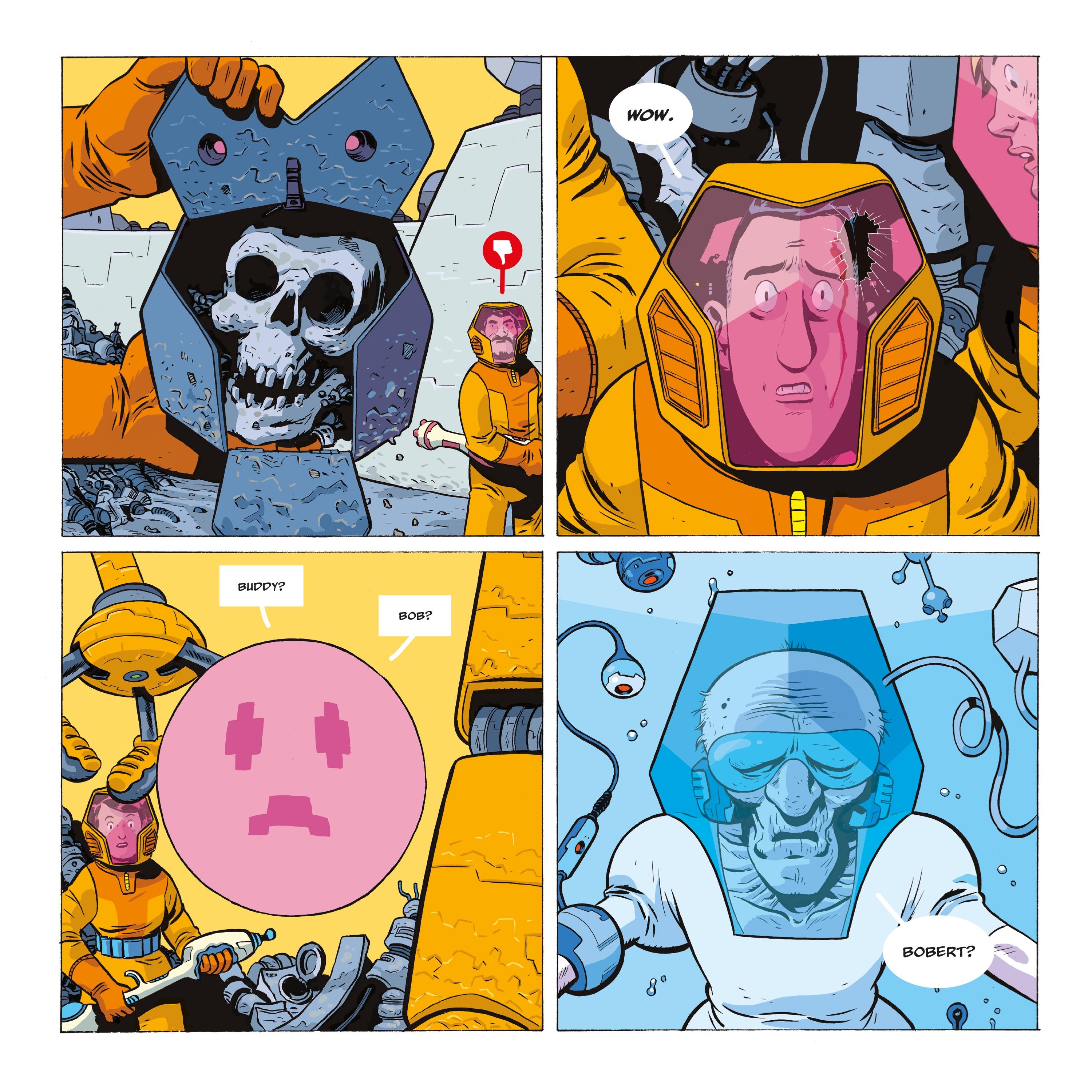 To coincide with the release of his concept album Solid State, Jonathan Coulton collaborated with Matt Fraction and Albert Monteys to create a graphic novel exploring the themes of his music. Just like the album, it begins with the words “Wake up”, and like the thematically linked songs it rather wobbles in attempting to connect the dots. Coulton’s album contains a track about online escapism titled Pictures of Cats that only fits by being literally interpreted. Leave aside the fact that it has to connect those dots, however, and Solid State becomes an intriguingly imagined version of the future by exaggerating many of today’s petty annoyances.

In the distant future Bob works on a series of apparently meaningless tasks in a prescribed society in an environment requiring a perpetually worn protective suit. His helmet is damaged, but he can’t replace it as by definition the helmet cannot be damaged, and the system has no means of resolving this contradiction, so Bob is danger of dying via computer conundrum. As this continues, however, he’s experiencing what he has no context to define as dreams, absent in his world. Figuring out exactly what’s going on isn’t easy, in fact its obscure, but that’s deliberate, because at the halfway point we meet another Bob. He exists not too many years further in the future from us. In fact he’s already at high school somewhere, and his story is the story of how the future in the first half of the book is constructed.

A lot of clever visual segues characterise Solid State, helped by a square page format (resembling a CD) that sticks exclusively to a four panel grid over the opening segment. When that changes Monteys still uses the panel grid to define mood and texture, supplying great character-strong cartooning and substantial detail in a very precise and careful style.

At it’s core Coulton and Fraction’s message is to keep our eyes open as the internet has plenty of downsides along with the great opportunities. Most would agree that trolling, data mining, and reducing all emotion to a pictogram aren’t giant leaps forward for humanity, but as with all messages, the effectiveness is harnessed by the manner in which the message is transmitted, and this is clever. Once the curtain has been pulled back it’s worth starting again to see how neatly Fraction has dropped so much into place. It’s not quite enough to render Solid State an essential graphic novel, but it’s certainly one that’s worth a look. Oh, and don’t be put off by the feeling you need the accompanying collection of songs for the full experience. You don’t. This reads well enough individually.