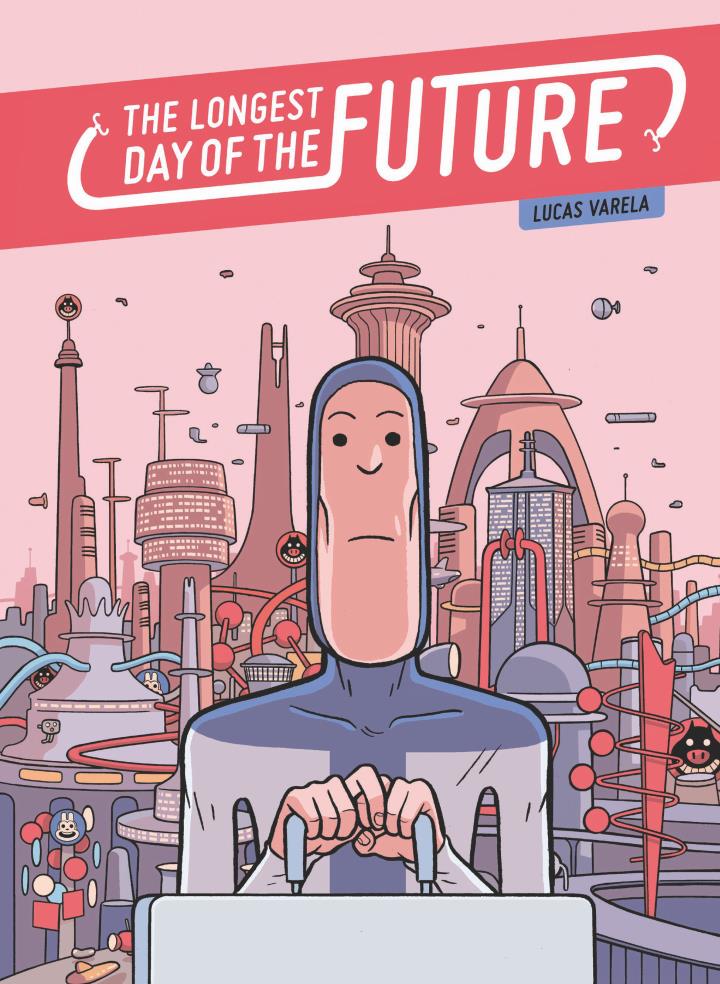 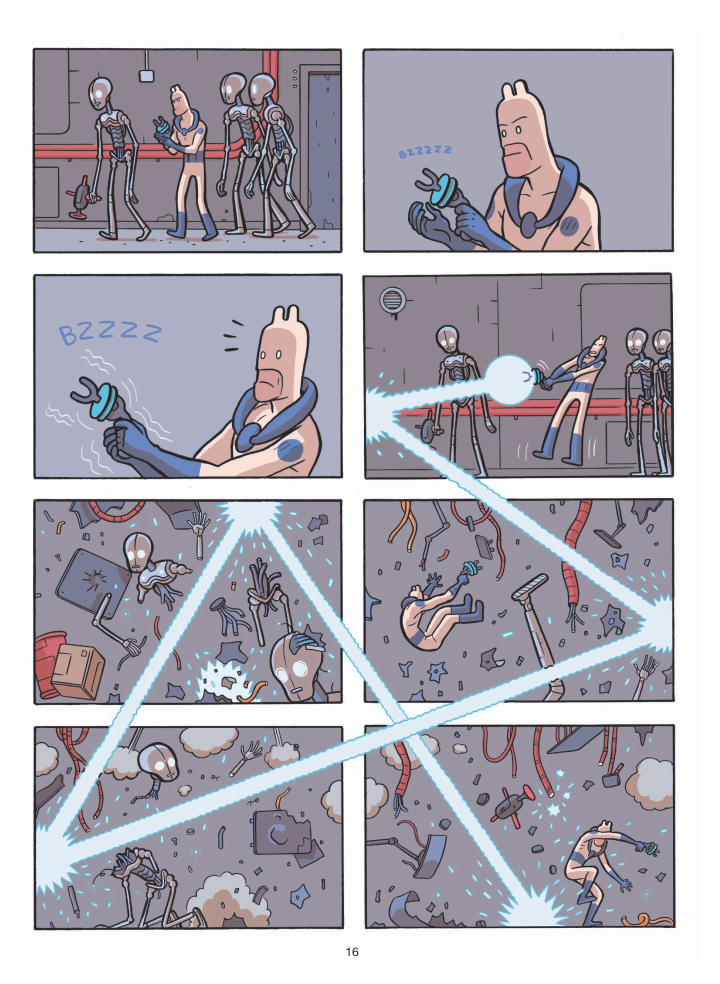 In the UK Lucas Varela is best known for his weekly Financial Times illustrations, but this Argentinian cartoonist now resident in France is very much the polymath artist. At some point he decided to create a wide-ranging satirical condemnation of consumerist society in the form of a science-fiction graphic novel. To achieve this effectively without maudlin chest-beating would tricky enough, but that was apparently too small a challenge for Varela who concluded the universal nature was best served by a universal presentation. The Longest Day of the Future is a dialogue free book.

Varela reveals his larger plot slowly, first having fun with elaborate episodic gags after an alien lands on a planet not too far removed from Earth in landscape and outlook, although more advanced technologically. A suicidally depressed government scientist is introduced, as are an assortment of cute robots with personalities. The plot swerves into advertising led animation demonising outsiders, idyllic sun, sea and sand fantasies and interludes displaying technology as the solution to any problem, all the while satirising the dehumanising aspects of present day working life.

The bigger picture is that two roughly equal societies sharing the same planet are perpetually seeking an edge over the other, and the technology the alien has with him may supply that edge. One unfortunate citizen is co-opted as the agent of destruction. Simultaneously, though, the other city has developed an equally deadly threat.

This is far from cheery material, in some ways reminiscent of the oppressive Eastern European propaganda cartoons of the 1960s and 1970s, but Varela disguises his contempt in a visually diverting world. The retro-SF look to the pages presents a comfortingly familiar homogeneous society going about their business in a world offering teleportation and terror. This cast and their mannerisms, not quite human, are seemingly influenced by the work of Jason, himself not shy of extended dialogue-free narratives. Varela is playfully experimental within his boundaries, with the sample page an early surprise displaying the inventive quality and detail applied throughout. That detail conveys a great density. There’s so much to look at that it distracts, while simultaneously ensuring this isn’t a book to be read once and then forgotten.

Condemnation overall is perhaps too broad. Is there nothing about human nature or current civilisation in which Varela can take solace? Seemingly not. We can, though, in some fabulous cartooning and elaborate gags.