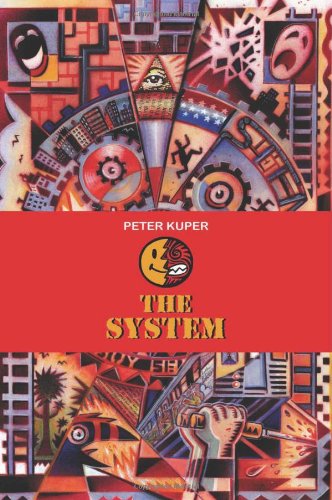 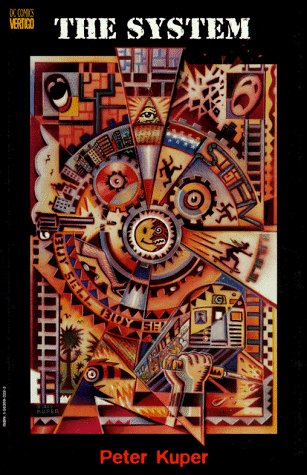 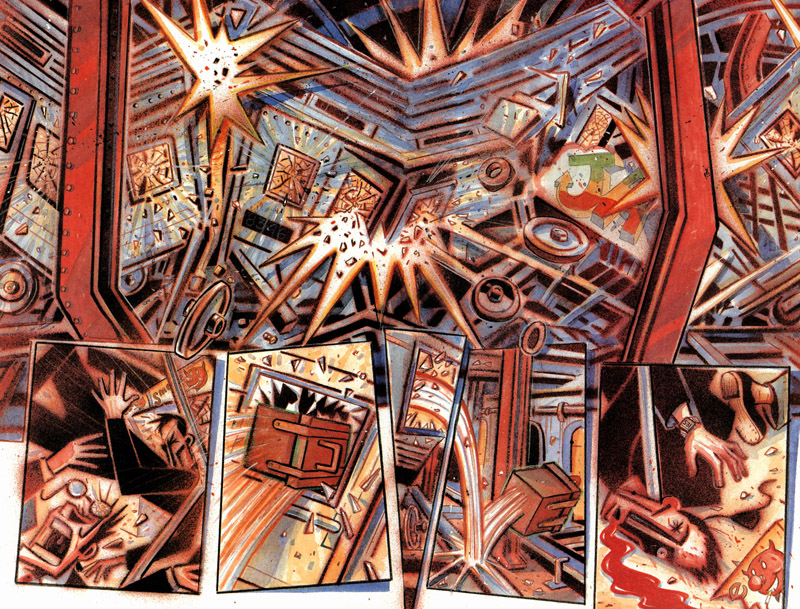 Artist, storyteller and activist Peter Kuper has championed social causes, highlighted judicial and cultural inequities and spearheaded the use of narrative art as an effective means of political activism. Many of Kuper’s most impressive works have stemmed from his far-flung travels, but at heart he is a son of New York, with a huge amount of his work using the city as bit player or star attraction.

The System was released as a softcover graphic album in 1997 and is magnificently repackaged here in a lavish hardback edition. Following a moving preface from the author describing the genesis of the project, Senior News Editor at Publisher’s Weekly Carl Reid offers an effusive appreciation in ‘Bright Lights, Scary City’ before the wordless drama begins.

It’s a beguiling, interlinked portmanteau tale of many lives interweaving and intersecting in the Big Apple, told without benefit of word-balloons, captions or sound effects. As if this was not challenge enough, Kuper pushed his own storytelling abilities to the limit by constructing his pages and panels from cut stencils, creating the narrative in a form akin to urban street art. It is immediate, evocative and effective.

A stripper is murdered by a maniac. An old, weary detective ruminates on his failures. A boy and girl from different neighbourhoods find love. A derelict and his dog eke out a precarious daily existence and a beat cop does his rounds, collecting payoffs from the crooked dealers and helpless shopkeepers he’s supposed to protect. Religious zealots harass gay men and an Asian cabbie gets grief from the white fares who despise him whilst depending on his services. The streets rattle with subway trains below and elevated trains above.

There are so many million stories in The City and they are all connected through the unceasing urban pulse and incessant, unending forward motion of The System.

Clever, compulsive and engrossing, this delicious exercise in dramatic interconnectivity and carefully constructed symbolism is a smart example of how powerful comics can be.