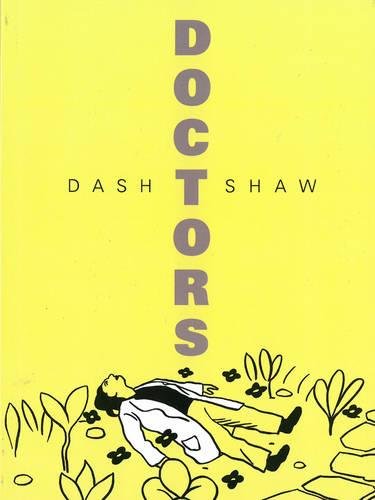 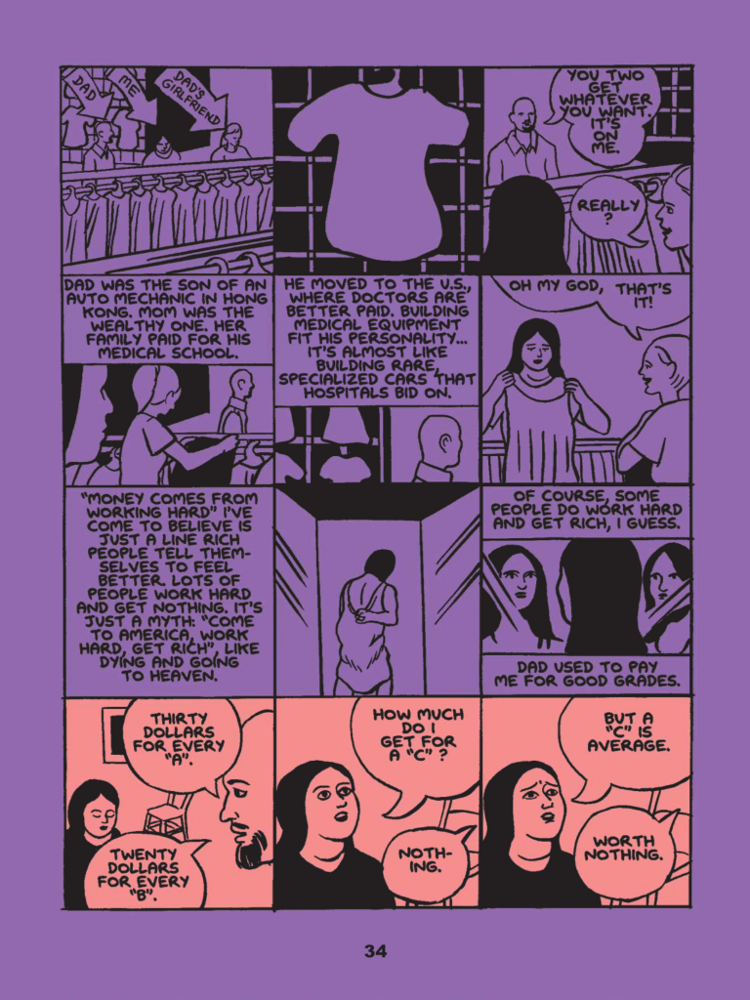 The Doctors of the title run Charon, a facility that brings the dead back to life. This is no gothic horror with rotting corpses clawing their way out of the grave, though it shares with such stories the idea that bringing people back will have consequences. Doctors is SF in its Speculative Fiction variety, and focussed on the human implications of this possible technology. It’s familiar territory for Dash Shaw, who mastered the genre with his earliest shorts, now collected in The Unclothed Man in the 35th Century.

It begins when Bell, widowed and financially comfortable, has the urge to visit a swimming pool where her husband received therapy in his last days. She’s admiring handsome lifeguard Mark, when he slips. The sight of his blood, in turn, causes her to faint and fall. This creates a bond between them that quickly becomes an affair. Bell can hardly believe this wonderful new chance life has given her, and when her daughter Laura comes to visit it starts to unravel.

It emerges that Bell’s delusion has been based on real events. She did go to the pool, but it was she who slipped. A young man had helped, and called an ambulance. He’s not the handsome Mark of her imagination, but Bell feels the need to connect with him, nonetheless. This leads to a very different relationship, that becomes part of the comedown from her afterlife. Laura turns out to be Tammy, from Charon, sent into Bell’s imagined afterlife to break the news of her death, and prepare her for being brought back to life. In a wry sideswipe at therapy, Tammy tells Bell that “The first step is to acknowledge that you’re dead and need help.” Charon’s success with the procedure has been limited, and it’s expensive, meaning the primary purpose is to give wealthy people like Bell, enough time to sort out their estates.

The allure of such fantasies, and their relationship to reality, has been well explored by writers like Christopher Priest (not the comics writer), but Shaw uses it as a springboard for his typically character driven stories, once again involving memory, loss and melancholy. Tammy and her father Cho are still feeling their own loss since her mother was murdered, and there are further tensions within Charon about ethics and direction. These come to a head when boundaries between professional and personal decisions are compromised, exposing them to the dangerous allure of the afterlife they have created.

Shaw impressed as a fully developed artist from his earliest published work. Later stories have been looser and faster, though here the dreamy, impressionistic, quality works. His approach to colour has become similarly pragmatic: the rich combinations of the flat and the painted, are reduced, for most pages here, to a single flat colour. Sometimes he adds appropriate tweaks: a teal background is cut into with white, as they bring Bell back to life, then the facing page’s yellow fades in the light, until whole panels become white. Mostly, though, the colour overlays seem arbitrary, and can make the pages hard to read.

The cynical view would be that Shaw had too much other work going on (including a feature-length animation), but in fairness he does seem restlessly creative – bursting with ideas and keen to get them out. Shaw’s sharp intelligence, gentle humanism, and art talent are all to be found here, but after his astounding early works, there’s an inescapable sense that he could be doing even better. 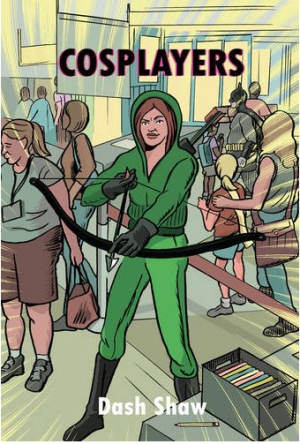