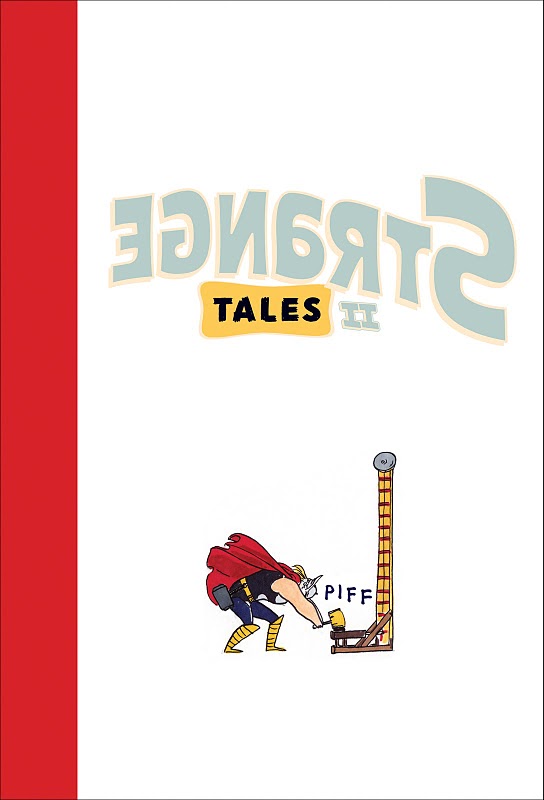 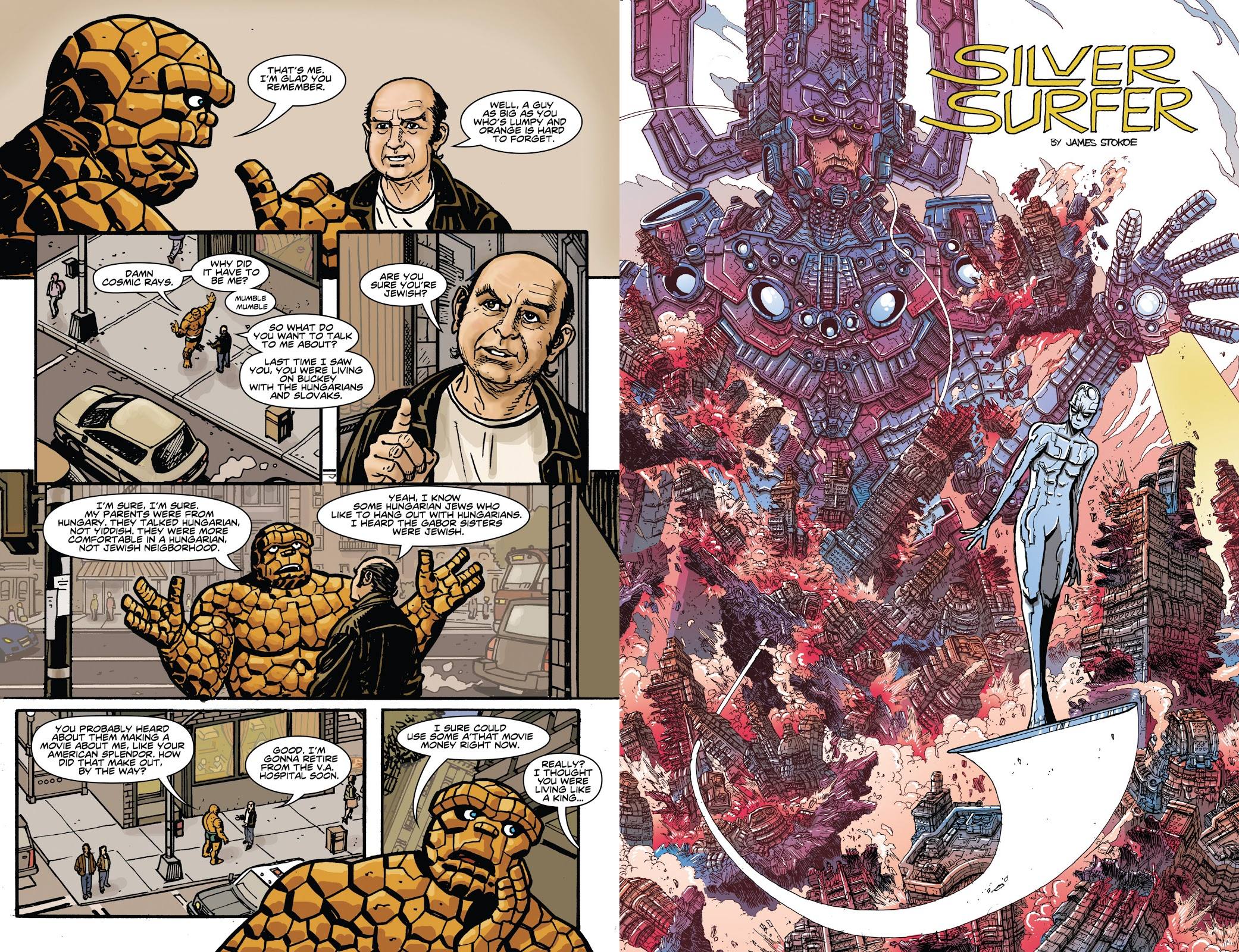 The first Strange Tales collection was a disappointment, but this sequel hits the spot.

It would be expected that stories from Gilbert and Jaime Hernandez are among the highlights, but who’d have thought Harvey Pekar, famed for the minute observances of his autobiographical material, could deliver a touching story about bumping into the Thing and reminiscing about old times? Ty Templeton illustrates, a rare combination of writer and artist in a package designed for creators handling both parts of the equation.

Innovation and imagination are far more than merely scattered through the book. Rafael Grampa envisages Wolverine and others on an extreme wrestling circuit; Jeff Lemire constructs a story about a dedicated mountie; Alex Robinson delves back to what might have been for Reed Richards before he became Mr. Fantastic; Paul Hornschmeier’s Colossus battling himself moves toward the metaphysical; Jon Vermilyea sends Ant-Man up Modok’s nose; Benjamin Marra ratchets the USAgent’s extreme aggressive personality off the dial and James Stokoe’s Galactus is a wonder of intricate design, and his Skrulls astonishingly tragic.

What differs this volume from it’s predecessor is the greater number of the contributors who’ve invested thought into delivering something more than mere whimsy, bringing their unique vision to an iconic cast rather than reducing them to third-rate sitcom jokes. Even when two pages are just a set-up and punchline, such as the chilling result of Magneto placing his powers at the disposal of Galactus, Nicholas Gurewitch creates a memorable joke and image.

Those returning from volume one, Nick Bertozzi, Hornschmeier, Tony Millionaire, Dash Shaw and Jhonen Vasquez are all creators most would want to see again, and all bar Shaw improve on their previous submissions.

There is a problem, though, with sloppy credits. All contributors are supplied with biographies at the back, but unless you’re familiar with his style it may take some connecting the work seeming to be signed as Mr Heldon with Sheldon Vella, and those creators lacking the foresight to sign their work remain anonymous. It’s Jillian Tamaki who provides the neat Dazzler tale.