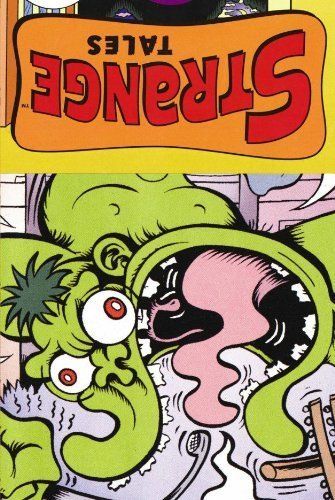 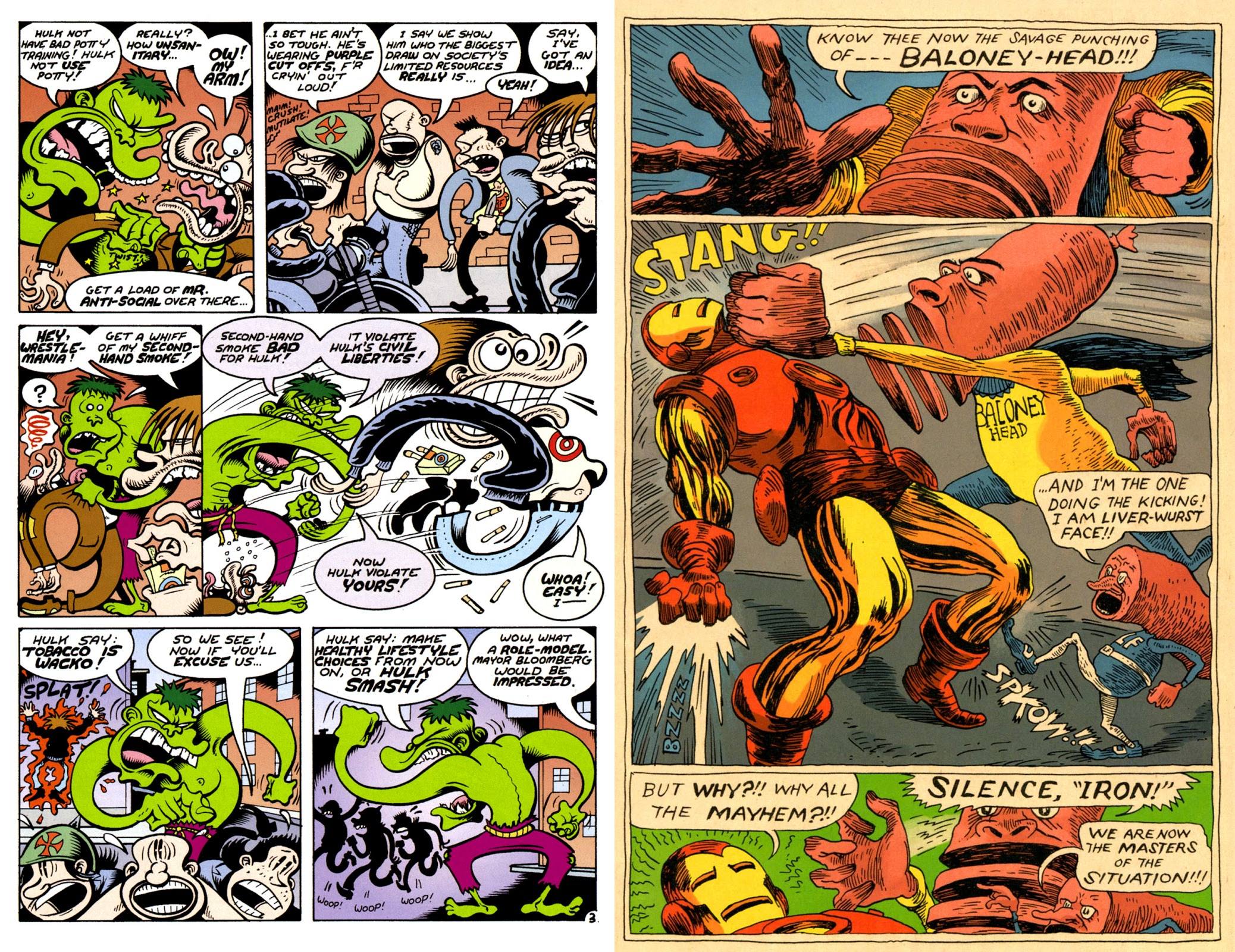 Eight years after DC let independent comic creators loose in their playground to produce Bizarro Comics, Marvel repeated the experiment. Given the proven success of the format it’s odd that the results are far less satisfactory. Much whimsy is on offer, but inspiration is at a premium, with all too few contributors having anything to say.

Several coast by just exaggerating the clichés of superhero comics or tying them into a feeble gag, and expectations might run higher for more innovative creators such as Paul Pope. Matt Kindt’s merely supplied a poorly drawn Black Widow story, and Chris Chua turns in the most labour intensive school exercise book doodles ever.

The longest contribution on offer by fourteen pages is Peter Bagge’s take on the Hulk. He’s not very interested is the brief report. Bruce Banner and the Hulk simultaneously foster new relationships, but the pay-off is predictable and the plot stretched as far as Banner’s waistband on transformation. It does, however, make for a fantastic full page illo of the Hulk turning up for a date, and there are no complaints about Bagge’s art, well up to scratch.

It’s odd to recall there was a time when Jonathan Hickman was considered outside the mainstream, his work here submitted as he was on the cusp of his ground-breaking run on Fantastic Four. His is among the better efforts, supplying a four page advertising brochure as Galactus solicits a new herald. Other highlights are a succinct blaxploitation four pager with Brother Voodoo from Jim Rugg and Brian Maruca, the illustrative cartooning of R. Kikuo Johnson and Dash Shaw’s visually spectacular Doctor Strange. It’s also interesting seeing creators pull the characters into their mileu. The Hulk and James Kochalka and Spider-Man and Jason provide good fits, and Johnny Ryan’s coarse turns work equally well with superheroes. Tony Millionaire’s Iron Man is as bizarre as anything you’ll ever read.

Overall, though, Strange Tales appears far more appetising than it is, but despite the disappointment it sold well enough to prompt the altogether more satisfying Strange Tales II.