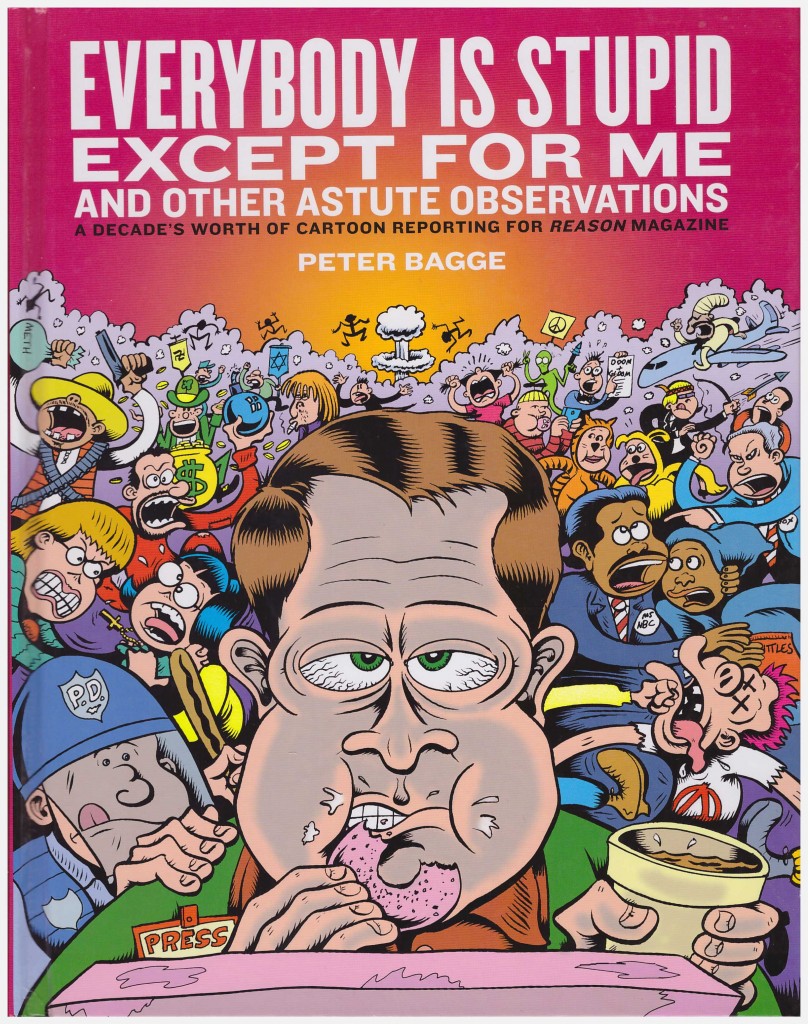 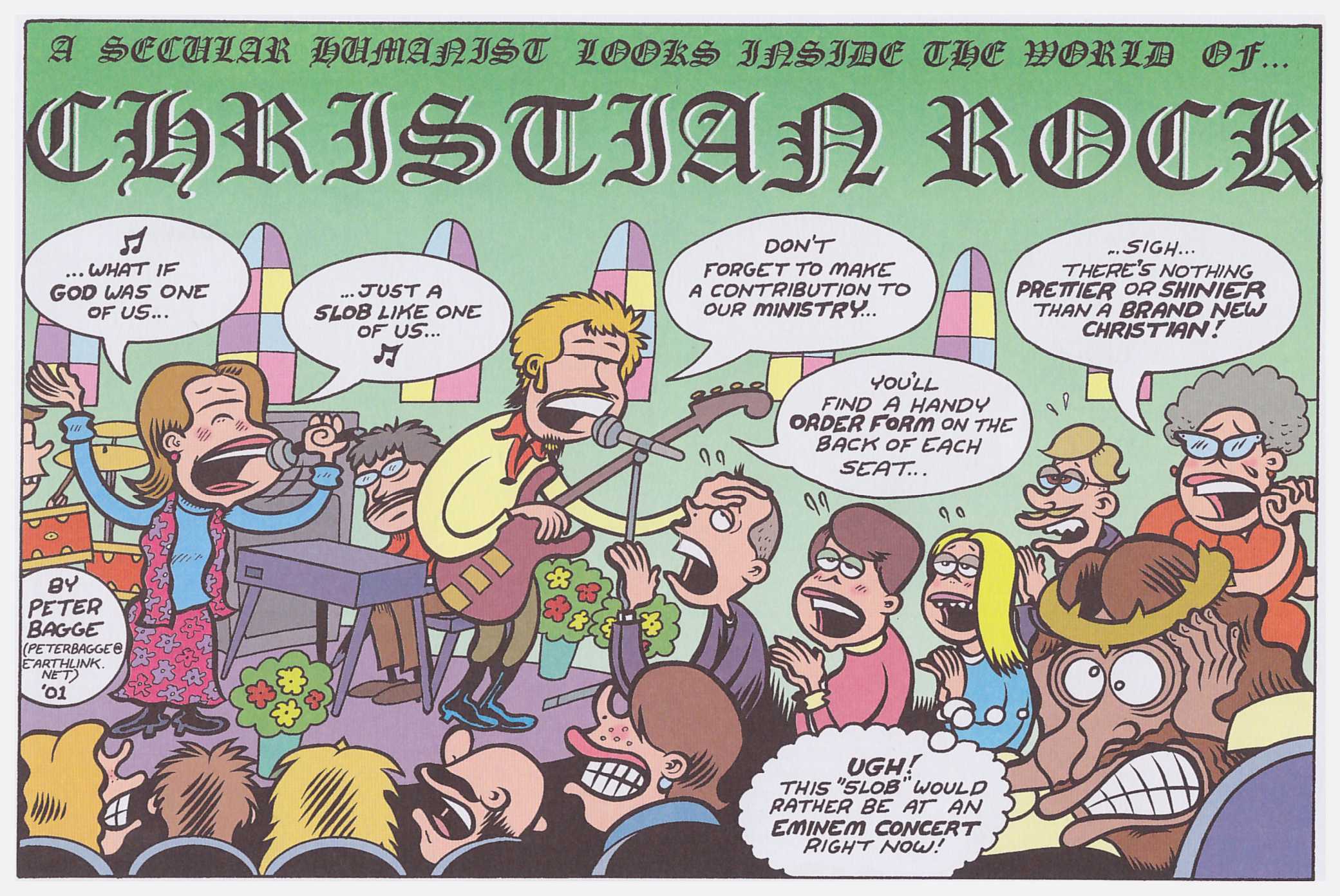 This hardback collection of reportage is material produced by Peter Bagge for Reason magazine over a period of roughly a decade from 2001. The source defines the viewpoint as libertarian, which for some is reason enough to venture no further. That would be their loss. Bagge had been both an accomplished cartoonist and a man unafraid to commit his views to print for a good decade previously, so this is a natural match.

He’s also very much his own man, defining his own informed opinion. Part of this is the rare quality of being confident enough to admit a previous opinion as wrong. As highlighted by Reason‘s then editor Nick Gillespie’s introduction, an early strip ridiculing anti-war protesters was later recanted in the form of a sequel in which Bagge labels himself a lazy and counter-productive journalist. Throughout this engaging collection, though, there are enough other examples of self-deprecating humour undercutting what might otherwise be vindictive comment.

Distilled to its essence, Bagge’s view on a variety of topics is that US citizens should be free to live their lives with as few civil restrictions as possible. The opposing view argues that some restrictions are necessary for the protection of those who’d otherwise be endangered or exploited. It’s the gun lobby arguments played over a larger canvas, really. Those who classify libertarians as agents of the hard right might be surprised to note several topics delivering traditionally left wing conclusions. Drug control for one. Or the undue influence owners of sports franchises in city politics. Or immigration.

A full range of hefty topics to have polarised Americans in recent years come under the spotlight, and in most cases if the label is removed, Bagge espouses common sense, however unpalatable that may be to those who prefer to paint him as reactionary. He starts with a point of view, but explores that along with the subject at hand. He will have a moan, but there’s no hectoring.

Bagge has little time for career politicians. In a 2002 strip he starts with Lyndon Johnson as a warmonger, then defines each of his presidential successors in turn as a crook, a dolt, a wimp, senile, a creep, a sleaze and a dumb creep. His politician of choice would be Ron Paul, but even he disappoints.

The person most associated with forging the libertarian agenda is Ayn Rand, a polarising name vilified by some, and Bagge deals with his attitudes toward her in a final surprising strip that as much as anything cements him as free-thinking. Just in case that hadn’t been obvious from the remainder of the book.

Bagge’s cartooning is great, most of the topics he explores should be of value to every American, and most reasonable people will agree with some viewpoints and admit they’ve been prompted to ponder others. And let us not forget that Peter Bagge is a great humourist.