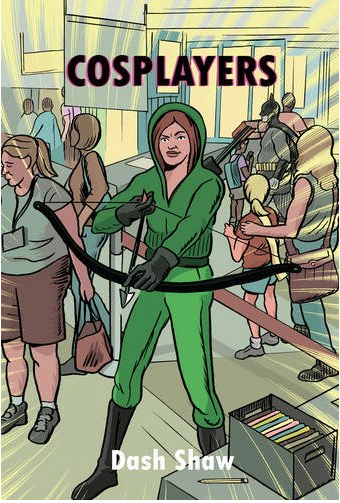 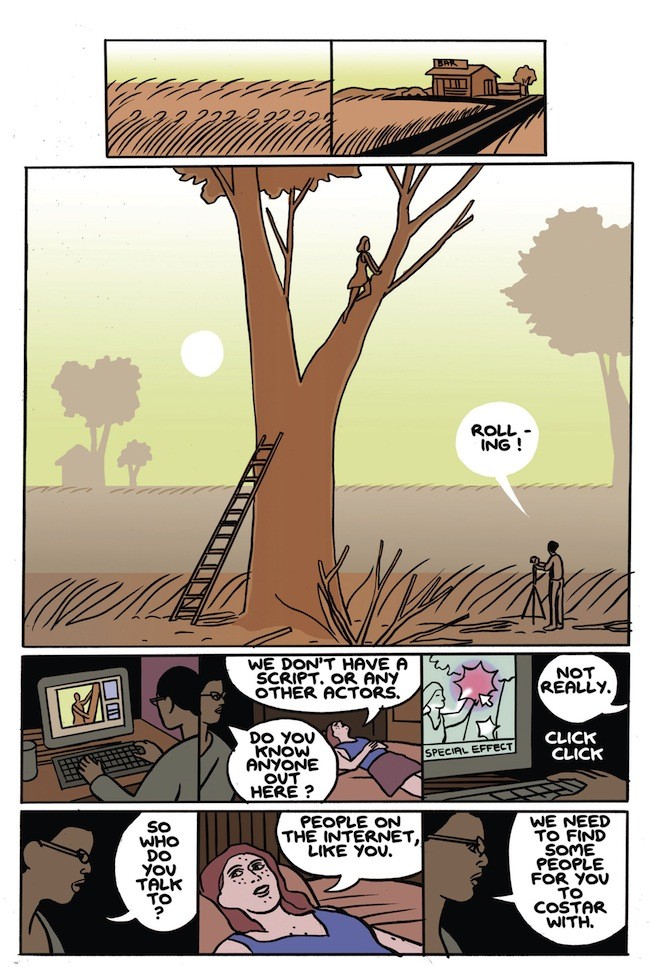 Dash Shaw, caught many people’s eye with his inventive and visually dazzling shorts in Fantagraphics’ Mome anthology, (now collected in The Unclothed Man). This was a talent to watch, for sure. So is Cosplayers the mature fruit of that talent?

Cosplay – dressing up as fictional characters – is a staple of comics conventions, though usually the ones that wouldn’t attract serious left-field publishers like Fantagraphics, Shaw’s regular hosts. Shaw’s afterword acknowledges his cosplaying years, so this is no ironic hipster looking in mocking: it’s a genuine love letter to cosplay. It’s just as much a love letter to comics, comic shops and conventions. He’s got a clear eye for the flaws though, so it’s not blind love.

This is technically not a graphic novel, but a series of stories with overlapping characters, particularly Varti and Anne – respectively, the director and ‘star’ of cosplay videos. Their low budget, improvisational approach mirrors the early days of film-making, and no doubt, the current reality, for thousands with their own YouTube channels. They’re resourceful: Anne dates a boy from an internet site purely so that Varti, can secretly shoot some scenes to use in their film. Just in case anything goes wrong, the choose they ‘wussiest-looking’ guy they could find. Another time they film a scene in a bar attracting hassle from some regulars – in a fine moment of cosplayer/comic fan wish fulfilment they costume up and fend off their attackers outside the bar.

As well as revelling in the fun side of this, Shaw highlights the challenges for those, ostensibly successful in this field, but unable to make ends meet from it. In one story they attend Tezukon, named after real life Manga legend Osamu Tezuka. There they meet Baxter, and we see him as an expert speaker at the event, and then the unfunded impoverishment of his time there – he sleeps in the lane.

The best story was produced for Shaw’s Free Comic Book Day freebie. It’s both well-observed and fantastical, about a visit to a comics shop. The proprietor talks articulately about the power of comics in general, and the extra power of some special comics, in this case Jack Kirby’s weirdly visionary series based on Kubrick’s film 2001.

Shaw’s art here is less dazzling than you might expect – just quietly in the service of the story. It’s in a simple brush style, channeling classic comic books, perhaps via indie creators, like Chester Brown. It’s most convincing in the ‘still’ separate portraits of Cosplayers, captured as a bit less perfect and more human and real than their inspirations.

So is this book the full flowering of Shaw’s promise? To answer that, it’s helpful to consider, the story where Anne and Varti are wooed by a producer from a big internet channel. They’re offered big (for them) budgets, and a potentially huge audience. The channel claim to love the work, and only “have a few notes about changes…” There’s a message here about artists being independent, and free from expectations to relax and do the work they want to be doing. The indications are that Fantagraphics, simply invest in creators, and trust them to make good work, but maybe Shaw is saying that he needed to step out the spotlight – the level of expectation on him.

Let’s, then, just enjoy this for what it is: a set of charming and understated human stories, that nonetheless casts light on the comics industry, its ancilliary infrastructure, and what it feels like for some people working there.