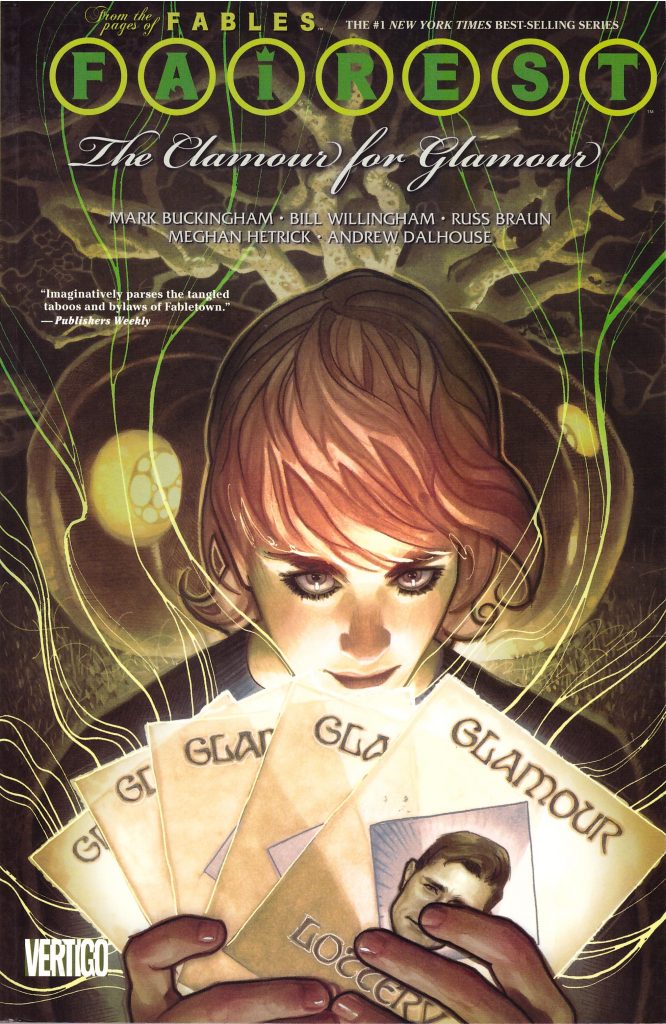 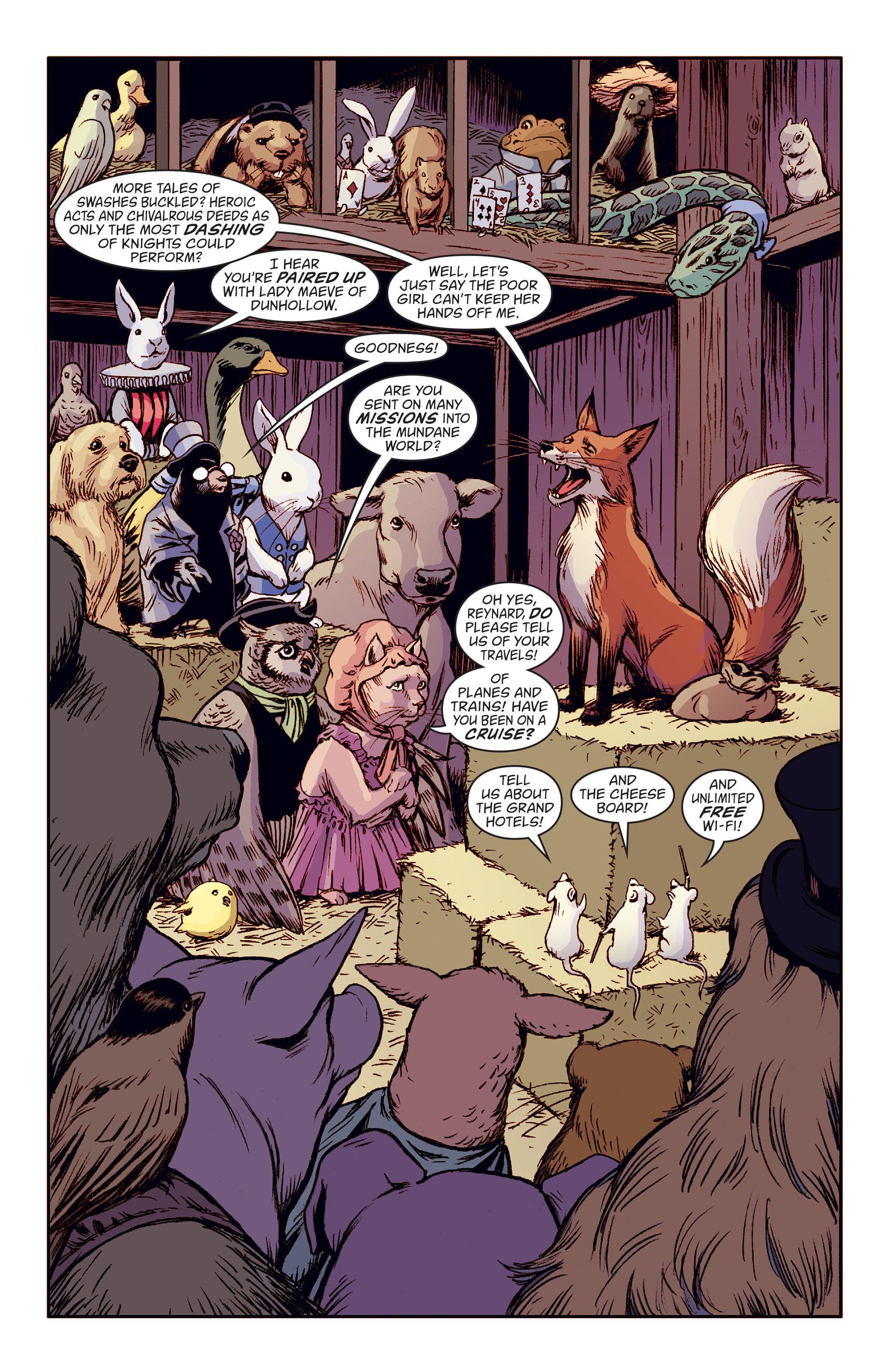 Twenty years into an acclaimed career drawing comics, Mark Buckingham felt like having a go at writing, and as if being an inordinately talented artist wasn’t enough, it turns out he can plot and script a decent story as well.

In order that they don’t alarm or raise questions among the human population, all Fables that can’t pass for human are restricted to a large area of rural New York State known as the Farm. When standing for election as mayor of Fabletown, Prince Charming promised all animal and plant Fables that spells could be provided allowing them all to pass for human (Fables: Homelands), and Reynard the Fox is the first (Fables: Witches). Unfortunately Prince Charming didn’t check with the witches about the viability of his project, and disappeared before it could be implemented. Buckingham’s plot sees the Farm’s inhabitants mightily disgruntled that nothing has been done, and runs as closure to the story of those at the Farm, in parallel to Happily Ever After and Farewell bringing the entire Fables saga to an end.

There may be a quibble about the content. Fairest was supposed to be about the female Fables, and those that appear aren’t central characters. It’s a petty point, but worth mentioning in case someone would otherwise feel cheated. If there is a lead character it’s Reynard, who may be able to turn human, but is still captive to his boastful, conniving and essentially selfish nature. Is there a chance for redemption as he makes his way in the real world? Buckingham charmingly answers that question and several others. He may not pull astounding plot twists out of the hat, but produces a good drama featuring an interesting series of problems with a few laughs along the way. As he was busy with the Fables finale, Buckingham didn’t draw the story himself, but there can be no complaints about the way that Russ Braun does. As other artists have discovered on the main Fables series, bringing fairy tale creatures to convincing life when they’re interacting with humans isn’t a simple matter. Buckingham manages astoundingly well, and while Braun doesn’t have the same decorative flourish, you believe in his talking owls and sunflowers.

Considered as an entire series, Fairest may take its characters from Fables, but while entertaining for the most part, only sporadically matches the parent series’ jaw dropping twists, and that’s even with Bill Willingham dropping in. After the opening Wide Awake, Willingham’s hardly stretched himself with his contributions to Fairest, and that’s the case again as he says farewell to Goldilocks. He obviously enjoys writing her perpetually resentful and violent personality, but her tour of assorted worlds doesn’t offer anything we’ve not already seen other than some nice art from Meghan Hetrick.