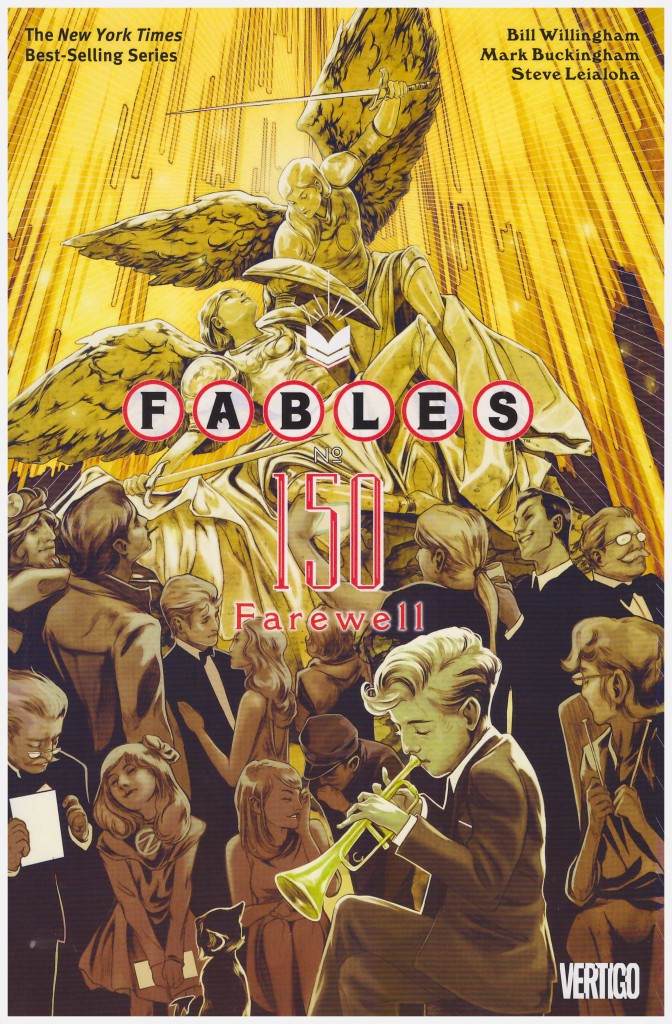 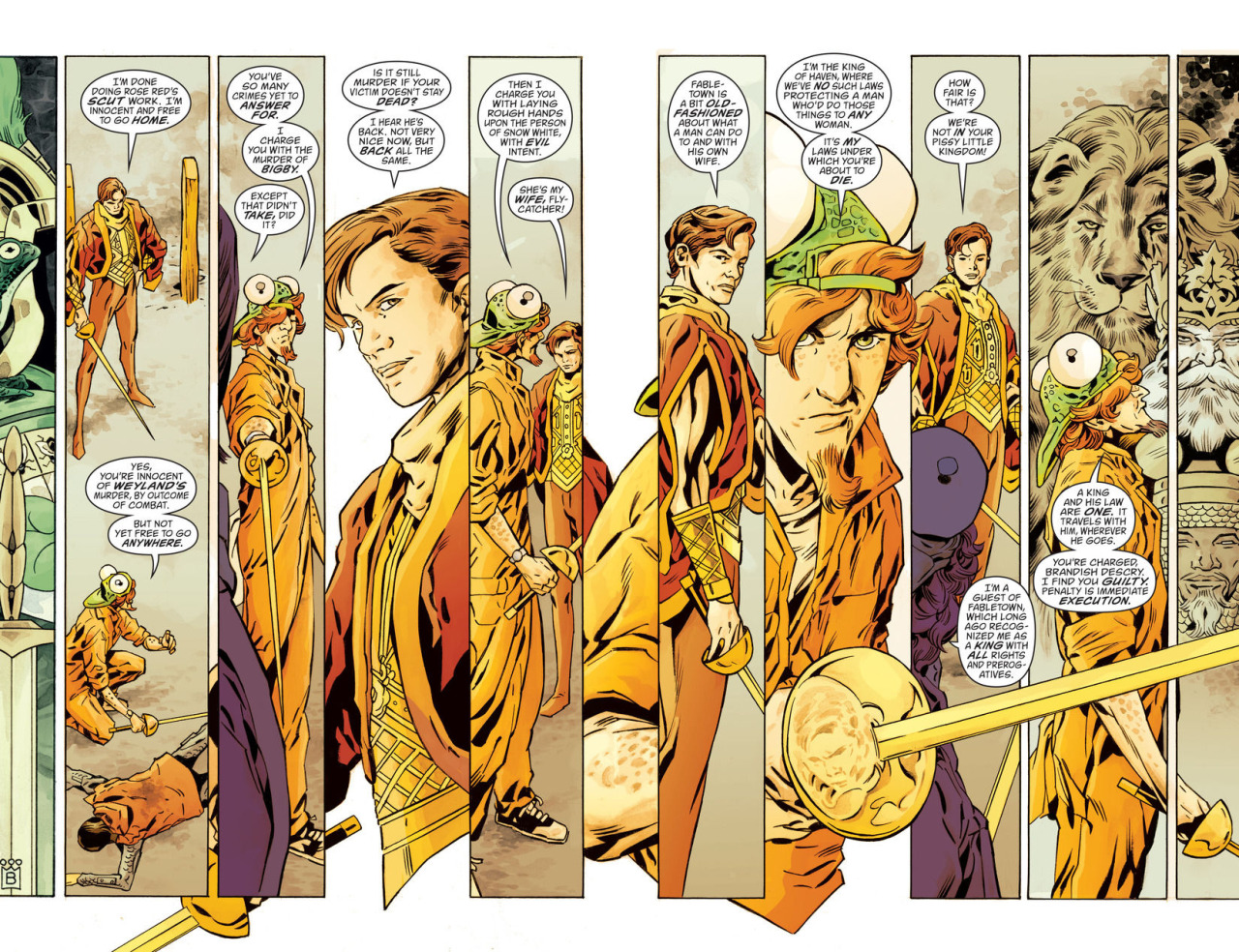 The finale to Fables serves double duty as both the 22nd graphic novel and the 150th issue of the series, which is an interesting idea. These, of course, have been the stock in trade of Fables since it launched.

Half the book is occupied by a single narrative concluding most of the plot threads set in motion during Happily Ever After. The seeds there led to a seemingly inevitable showdown between Snow White and Rose Red, and the forces they’ve gathered around them. That continues to build, for most of the tale, and the conclusion draws a neat line under Fables. Along the way Bill Willingham continues to drop bombshells into his plots, one revelation masterful in its simplicity after Willingham has a dragged us so deep into his web that it won’t have occurred to most. This portion is illustrated in customarily consummate fashion by Mark Buckingham. There is triumph, tragedy, sorrow, redemption, joy, pain and closure. Yes, some characters die (as much as they can in Fables), but then it’s the last volume, and it’s certainly the case that the seeming inevitability of the final conflict isn’t adequately enshrined. Are all the Fables set to follow their destiny as they’ve been told they should? Never mind, anyone who’s enjoyed the bulk of Fables ought to enjoy this sequence. There’s a brief coda to end the book that scores extra points for a fold-out sequence.

The remainder is very much a valedictory presentation over many single-page strips continuing ‘The Last… Story’ sequence from the previous volume. It’s one final hurrah for many of the artists who’ve guested on Fables (Michael Allred, David Hahn, Joelle Jones, Gene Ha and Bryan Talbot among others), a chance for inkers Steve Leialoha and Andrew Pepoy and Willingham himself to illustrate a strip, a return for original series artist Lan Medina over a longer sequence, and Neal Adams making his Fables debut.

In Happily Ever After these shorts largely concentrated on major characters, some of whom wouldn’t be seen again other than on Nimit Malavia’s spectacular cover illustration. Here Willingham is aiming for completion, so we’re supplied with the fates of assorted, mostly lesser, characters with mixed results ranging from poignant to trivial. And, as is the nature of fables and Fables, almost every section could prompt further material.

‘Sentimental’ and ‘crowd pleasing’ are two terms adequately summing up Farewell. It’s far from the best of the series, yet concludes it in comprehensive fashion providing what most readers surely want.