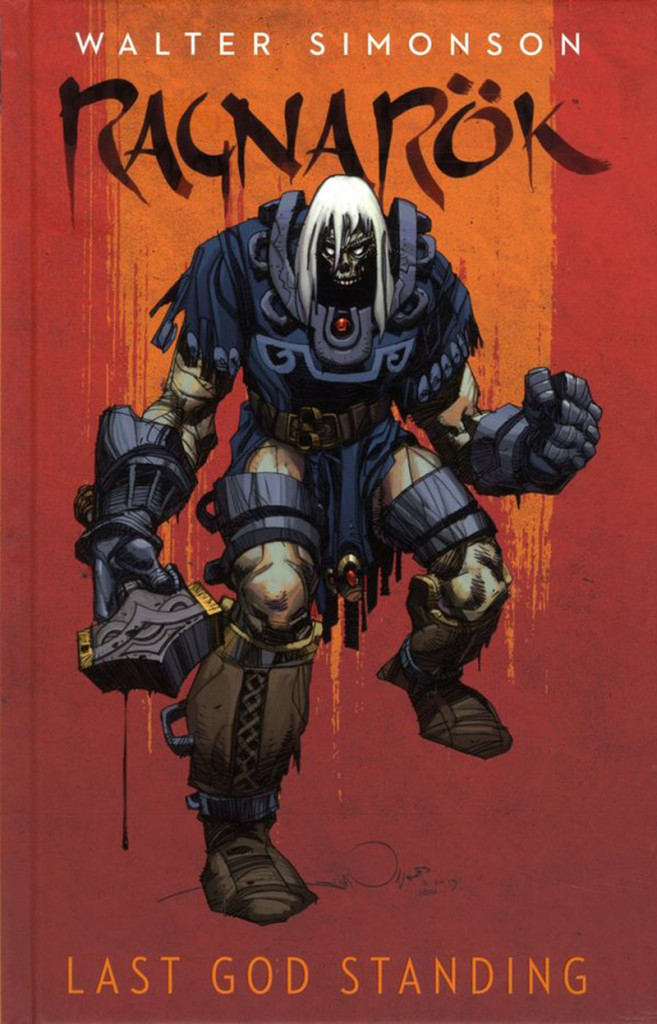 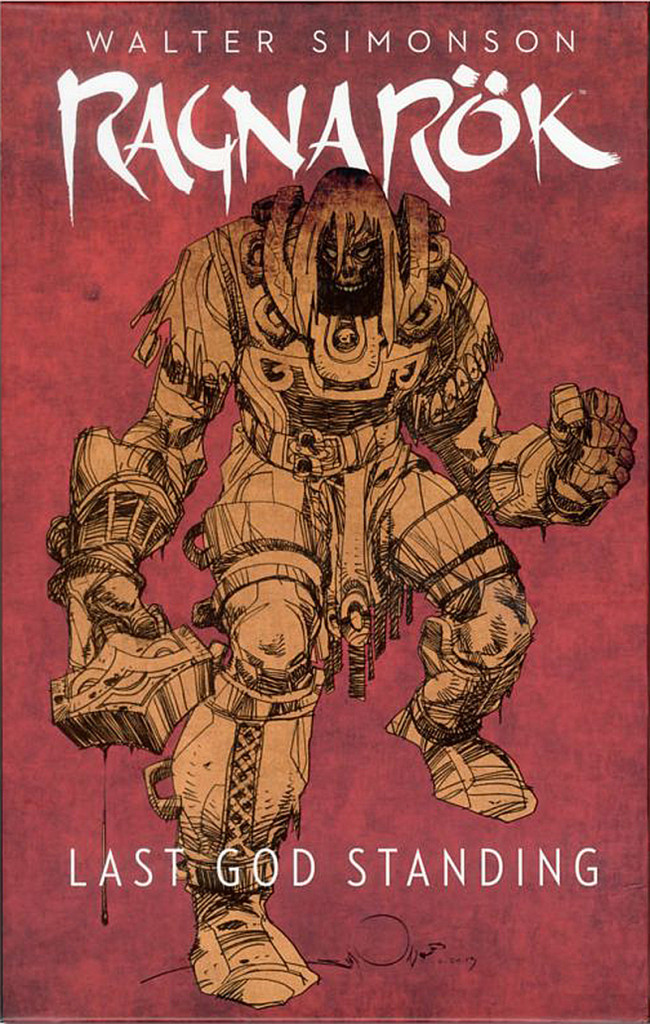 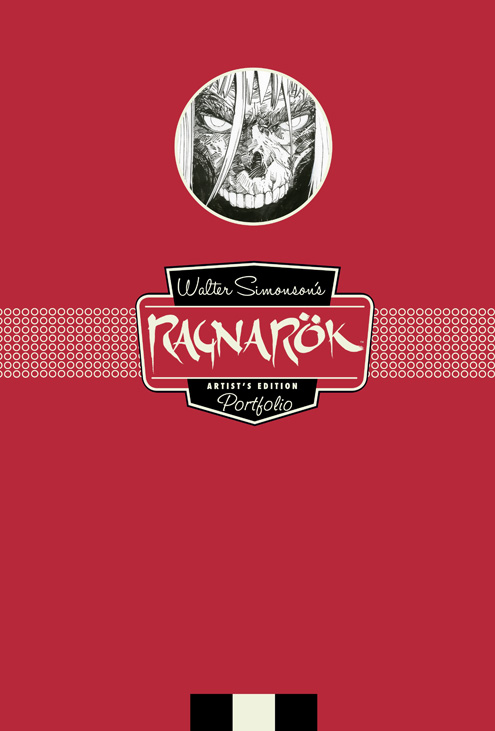 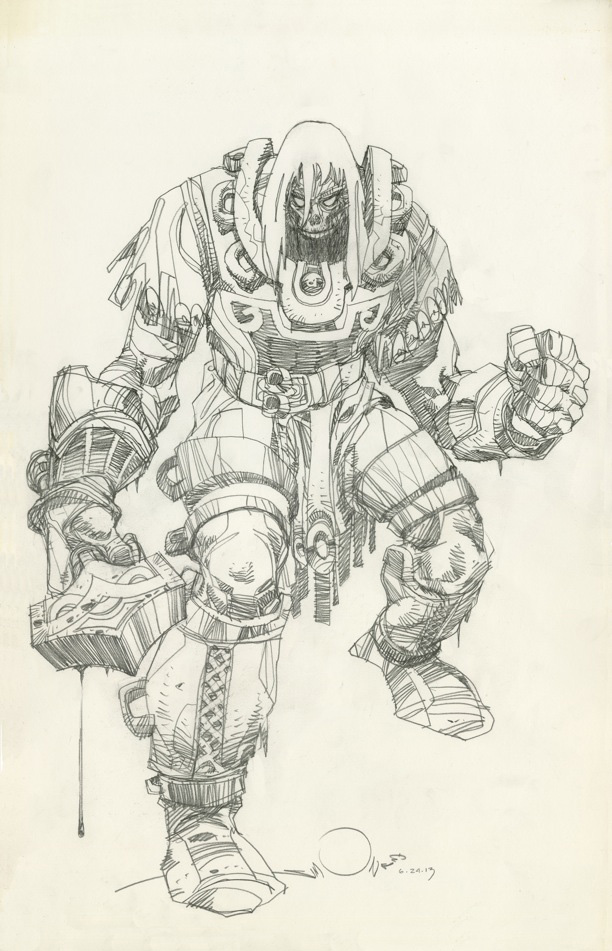 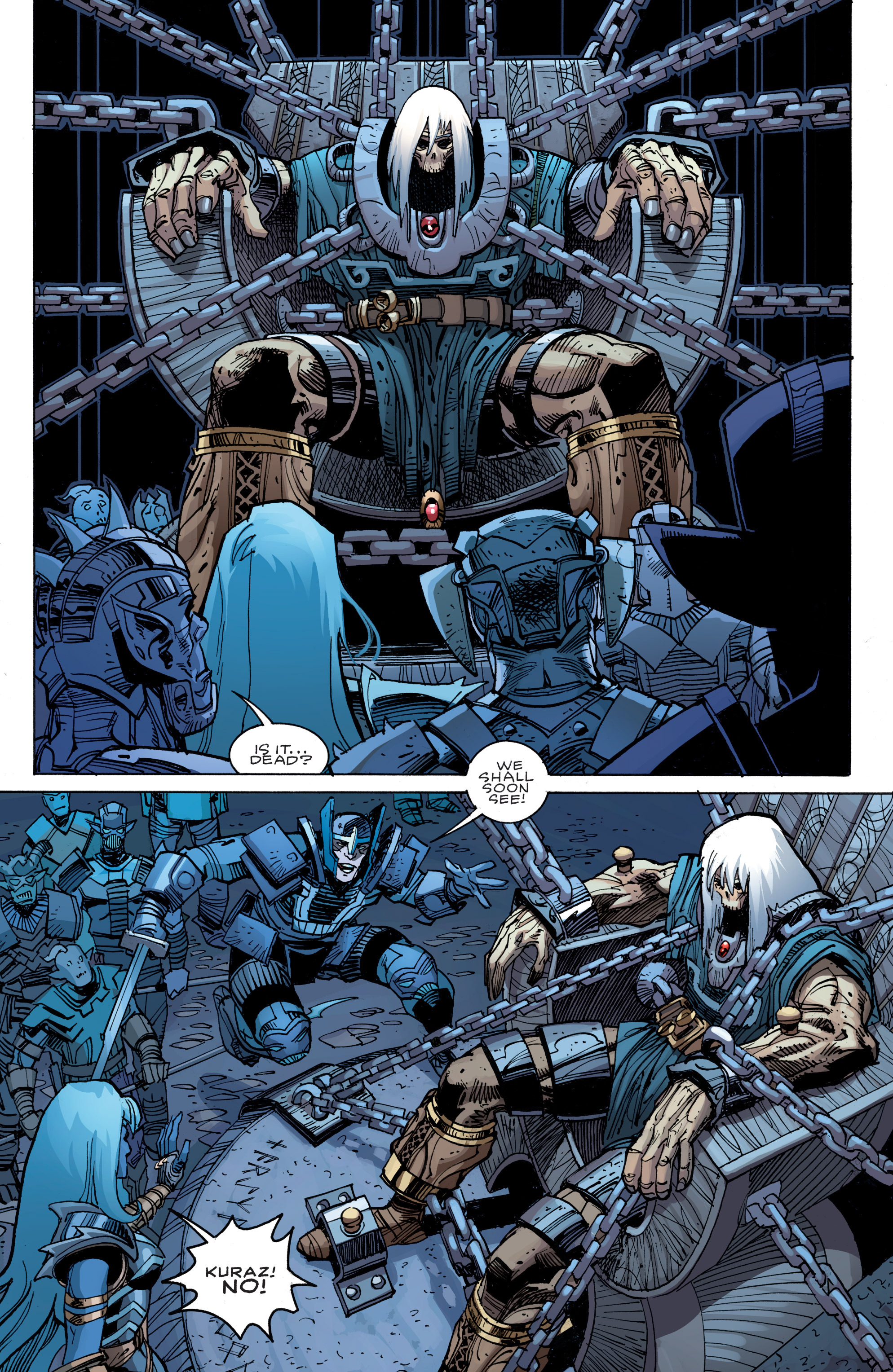 In Norse mythology, Ragnarök is the final cataclysmic battle between the Gods of Asgard and their many enemies, when the heavens are split asunder, the nine worlds are destroyed in flames, everyone and everything dies. In his definitive four-year run on The Mighty Thor, Walter Simonson introduced various aspects of Norse myth into his epic cycle of stories, which included a star-spanning battle with Surtur, the death of Odin, and Thor versus Jormungandr, the Midgard Serpent, but he stopped short of destroying the Marvel universe. Twenty years later, he returns to the source of these myths to tell his own story of the Twilight of The Gods, and what happens afterwards.

Last God Standing is Simonson’s new version of Thor. It begins with a devastated world, shrouded in perpetual twilight. Regn and Brynja, two Dark Elves and master assassins, are given a task: to find and kill a dead god. Byrnja gathers a group of killers around her and travels to the fortress at the edge of the worlds, where she finds the stone god, who has been asleep for centuries. The mysterious figure awakes, calls for his hammer Mjolnir and through the rest of this volume journeys across the emptier and darker universe he now finds himself in.

The wonderfully ornate yet carefully designed pages are gorgeous to look at, the character designs are superb, and the story unfolds with great pace. But Last God Standing is a tricky book to understand, with much unexplained or held back. There’s a lot of knowledge required to grasp the events of this story, their symbolism and how the characters traditionally relate to each other, and readers not already familiar with Norse legend or The Mighty Thor will be lost. Plus the introduction of the Thunder God in this new persona raises so many questions they undermine the ongoing story. The mysteries of how Thor came to be chained for so long and who by, why he wasn’t killed in battle along with everyone else, how the enemies of Asgard didn’t know where he was when there’s a big hammer on the door of his massive and very well-known fortress, and why even wake a dormant enemy anyway, will no doubt be answered, but they weaken the start of this saga.

If you can wait for these answers, start here with volume one. There’s lots of characteristically powerful imagery from Simonson’s big action sequences in this first volume and Ragnarök promises to be another monumental piece of storytelling. If you don’t have the patience for a slow reveal of story points, it may be better to come back when the saga is complete.