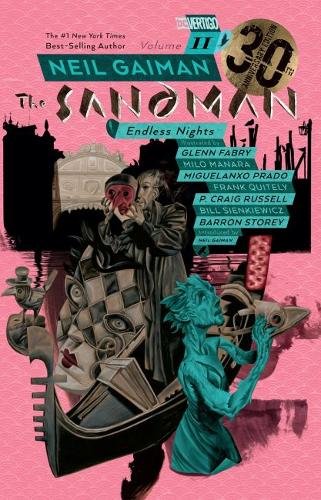 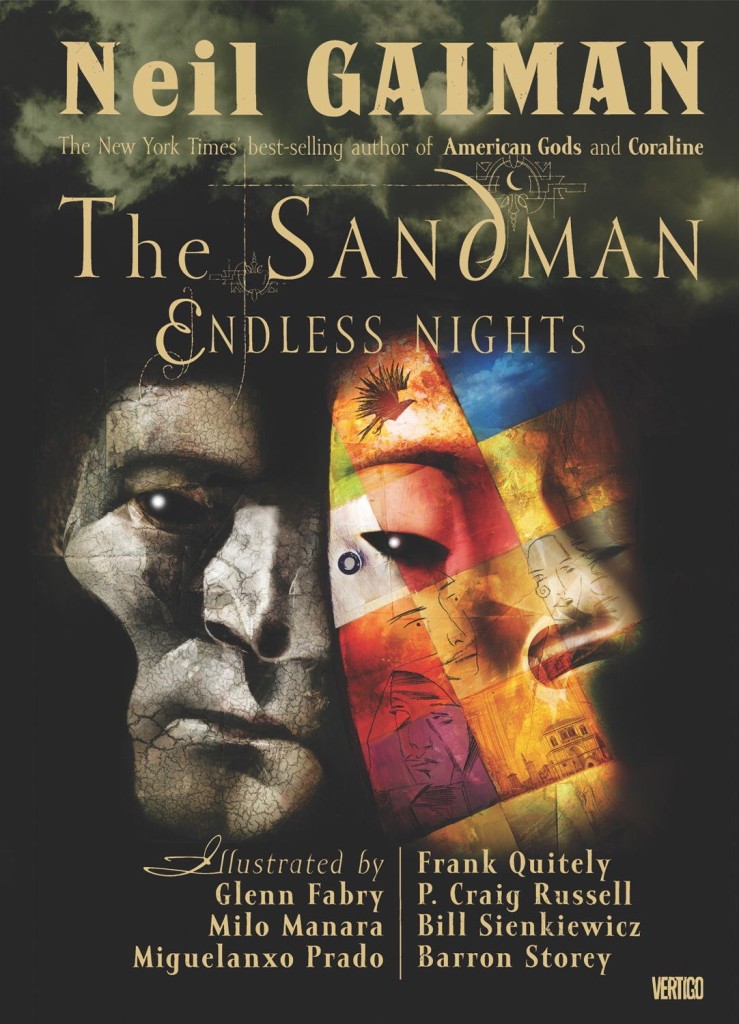 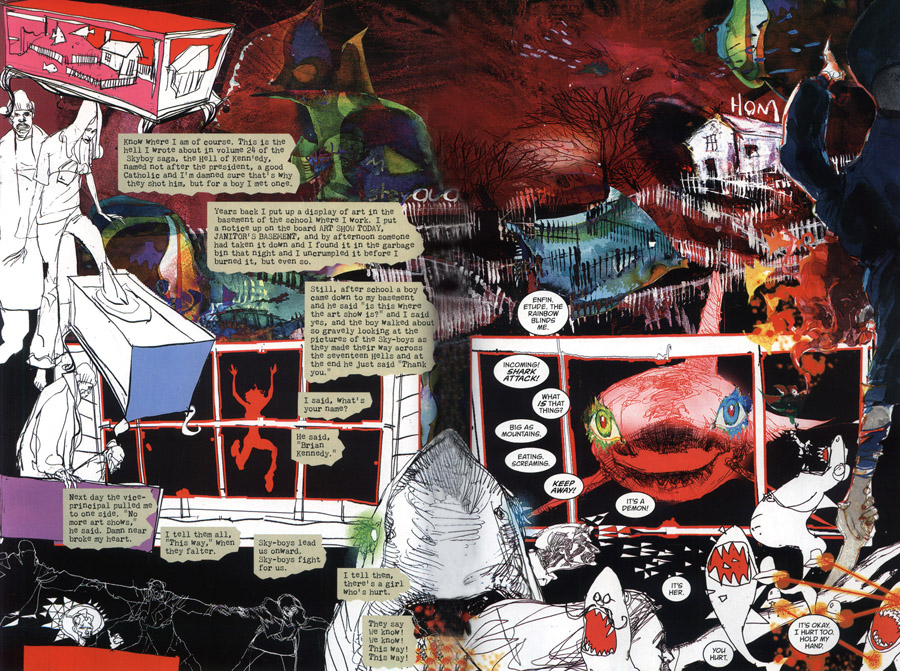 The Neil Gaiman who completed the original Sandman series in 1996 had written a highly acclaimed run of comics. The Neil Gaiman who returned for this one-off was an award winning novelist, cover- billed as a New York Times bestseller, and had his pick of artists. With one exception, the other contributors to Endless Nights are among the best comic artists the world had to offer in 2003.

The original series established Dream, rarely ever referred to as Sandman, as one of seven near-immortal representations of humanity’s experiences known as the Endless, hence the title and the seven chapter format. Actually, that’s not quite accurate, as Dream and Destruction, although the most prominent, share their chapters with siblings.

Gaiman themes his stories around the nature or state represented by each of the Endless, and the varied writing is excellent throughout. It toys with form, it adapts to character, it surprises, and it’s memorable: “We’re paying her three-quarters of a million, Dermot, and you need to reconsider your vocation. It’s the insurance company, you understand.” or “We are the stars. We do not represent them. We are them.” or “I have heard the languages of the apocalypse and now I shall embrace the silence.” In context these are magnificent.

We begin with the ornate designs of P. Craig Russell and his favoured distinctively bright colouring (by Lovern Kindzierski) depicting a golden era in Venice, yet Russell surprises by contrasting the gloom of modern Venice. It’s visited by a man with an obsession, while Death needs to complete a task. Who better than Milo Manara to illustrate a tale of Desire? It’s erotic and heartbreaking, and sumptuously drawn. Bill Sienkiewicz is equally well matched with Delirium (sample spread). So rarely seen other than as an inker since his groundbreaking progress during the 1980s, Sienkiewicz is on stunning form, mixing and matching his approaches to highlight the state of delirium without ever losing the story.

Glenn Fabry was, at that point, better known as a cover artist, and his contribution is a relatively sedate, yet beautifully drawn tale of Destruction. It’s a clever interpretation of the term, and both the most traditional story Gaiman has produced for Sandman, and a complete step away from expectation. Miguelanxo Prado is a master who remains shockingly obscure to the English-speaking world. His beautiful bright pastel painting illustrates the earliest tale of the Endless, one which answers a few questions left hanging from the original series.

Fine artist Barron Storey’s contribution is problematical. His abstractions appear to be a studio clearout, rarely bear direct relevance to the text, and when they do are little more than layout sketches or studies. Gaiman’s accompanying text of Despair is sordidly bleak, but the art is idle, and wouldn’t have been deemed acceptable from a comic artist. Frank Quitely, on the other hand, then a relative newcomer, illustrates an equally caption-based tale in sumptuous fashion. It’s a coda of Destiny, and Gaiman’s slimmest and most obvious work here.

Everyone loves a box of Quality Street apart from the one selection they’d replace.

Endless Nights has been conjoined with both the text and illustration and comic strip version of Dream Hunters as a fifth volume of the slipcased and oversize Absolute Sandman series.