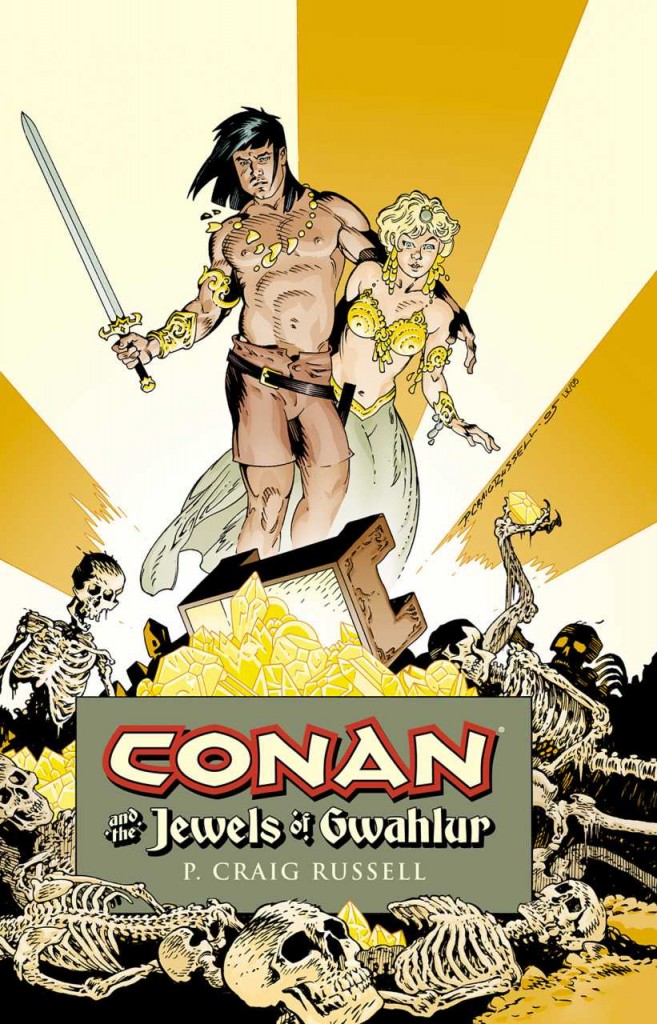 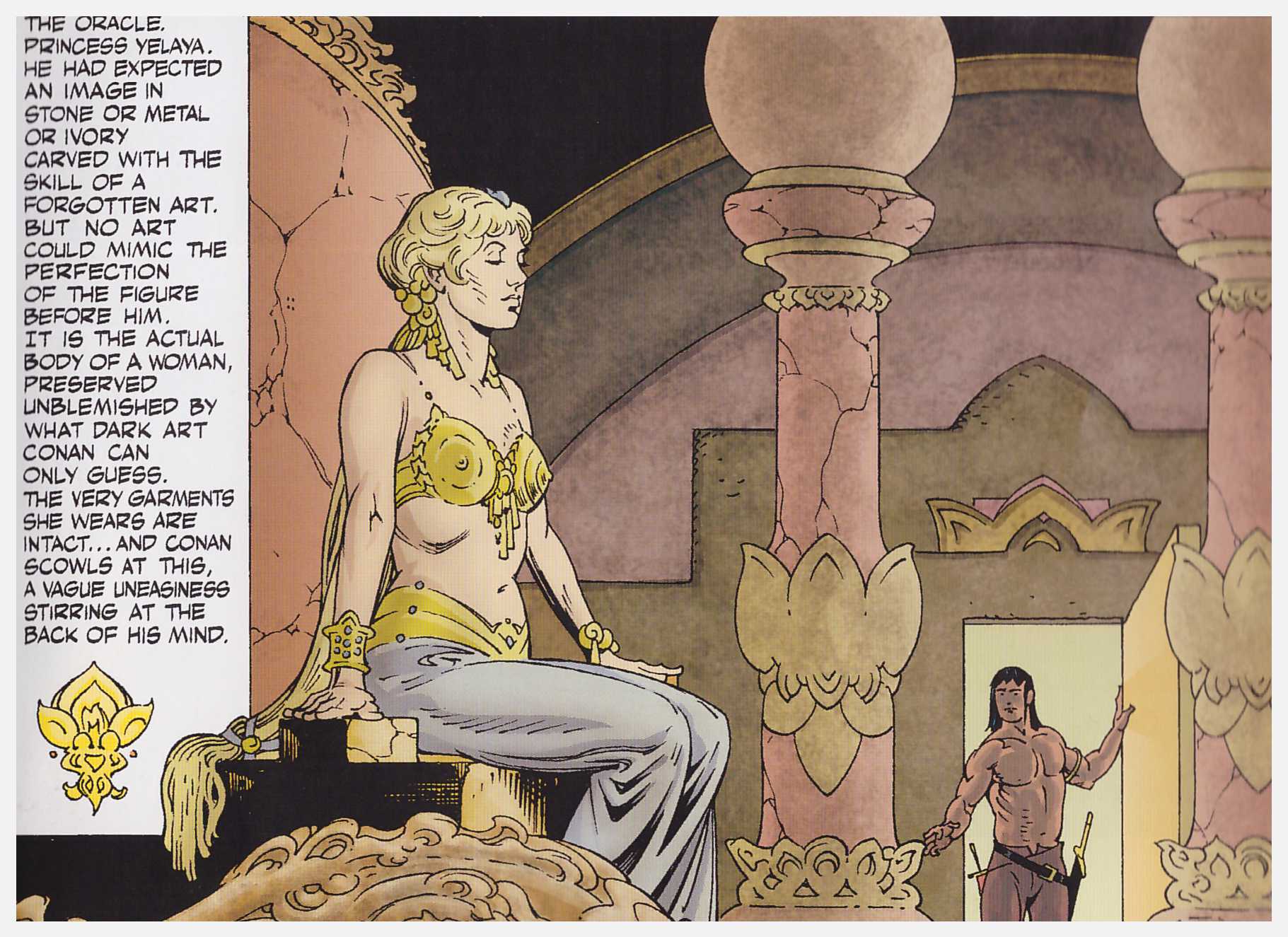 ‘The Jewels of Gwahlur’ is a Conan short story, not the most popular among fans of the character, and among the final stories Robert E. Howard wrote. His preferred title was ‘The Servants of Bit Yakin’, and it’s sometimes printed as such. Under either title it’s ideally suited to what P. Craig Russell enjoys drawing: lush forests and a decorative palace. Conan arrives in the small kingdom of Keshan, perennially at war with its neighbours, drawn by a legend of hidden jewels. Convinced there’s truth to the story he offers his services to the King, saying he’ll train troops to be more effective, simultaneously affording him the time to source the jewels. Unfortunately for Conan this plan is forestalled when a rival turns up with a better offer.

This is a story long on skullduggery and deception, and, as adapted by Russell, a very entertaining read for Conan fans. He tinkers with the plot a little, revising Howard’s slow reveal of some elements to provide a more linear narrative that retains the tension and suspense, but it’s a story for the most part displaying Conan the Thinker rather than Conan the Barbarian. That’s no bad thing.

For many the definitive Conan in comics is that of John Buscema, bulky and brutal, yet it was Barry Windsor-Smith who introduced the character to the comic reading public. His Conan was muscled, but also lithe and athletic, and it’s from this version that Russell draws his visual inspiration. You can believe this Conan would be able to haul himself up a sheer cliff face.

Russell’s art has always been extremely decorative, and this sometimes draws attention away from just what an accomplished storyteller he is. There are sections requiring a considerable amount of information in compressed sequences, yet the exposition never seems forced, and the pages are never dull. He comes into his own when Conan begins exploring a deserted palace. Russell provides ornate pillars, courtyards and doors, and opulent large rooms.

Lovern Kindzierski’s colouring is instrumental in making Russell’s work shine. It’s muted and subtle, never overwhelming the page. Those interested in an alternative comics version can see what Roy Thomas and Dick Giordano made of the tale in Savage Sword of Conan volume three.