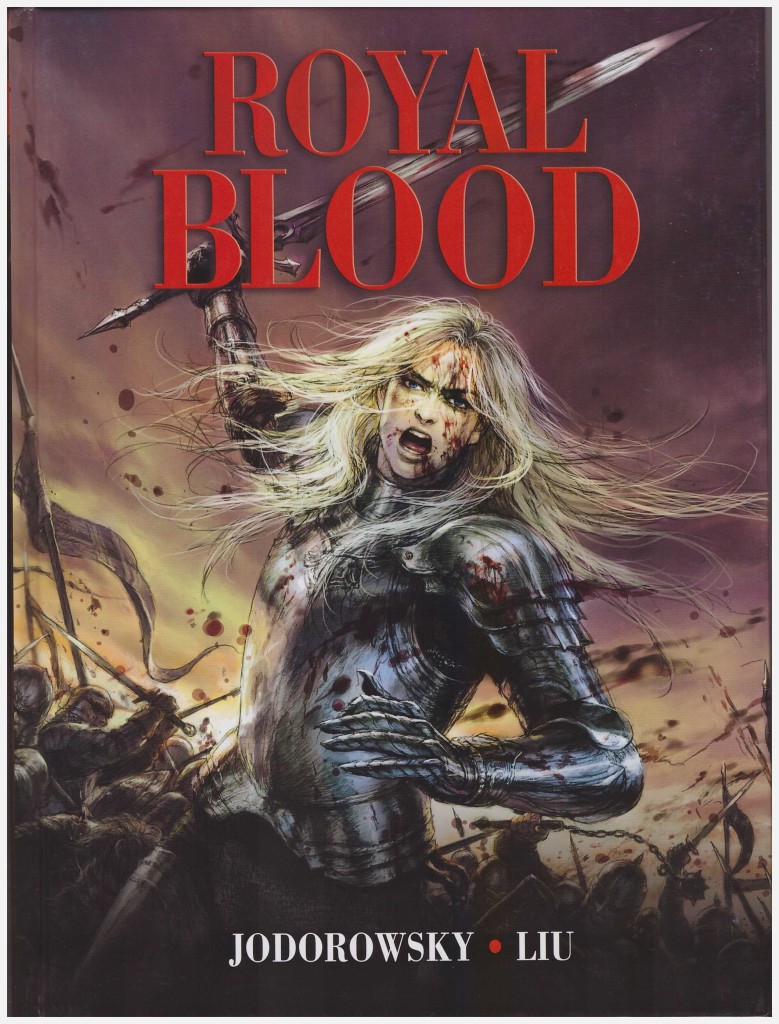 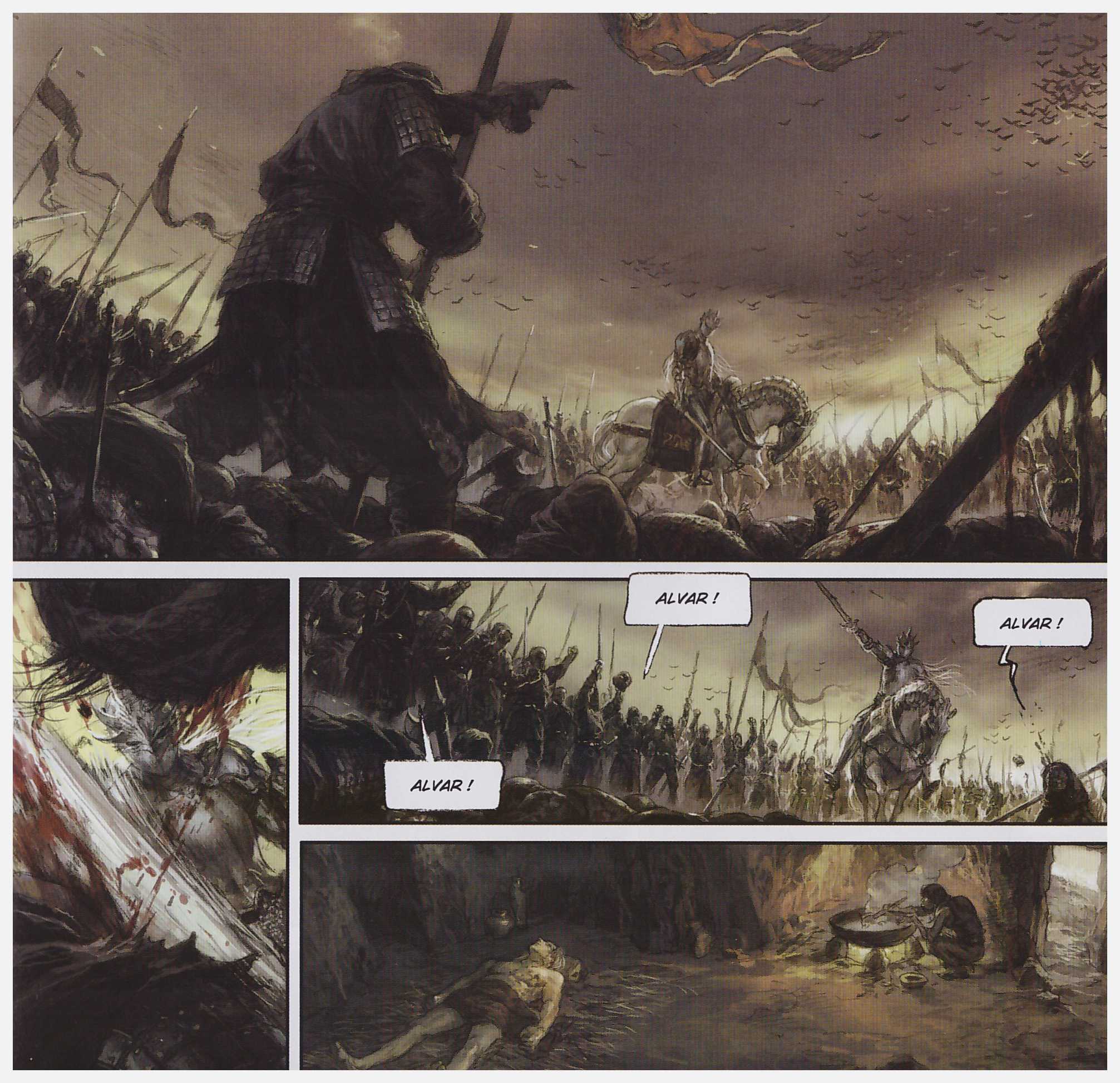 At first glance, with Game of Thrones one of the most popular TV shows worldwide, there should be a ready-made audience for the violent fantasy of Royal Blood. Titan Books have certainly done it proud, collecting the two volumes of the originally published French albums in a reasonably priced complete hardcover edition.

Film maker and comic writer Alejandro Jodorowsky has collaborated with the greatest European artists (Boucq, Manara, and Moebius among others) and has almost a dozen long-running series to his name. For all this, though, Royal Blood fails to grip as it should. Perhaps this is because there’s not a single character presented with redeeming features. Is this Jodorowsky’s comment on humanity in general, or his perception of medieval cruelty and brutality?

When the first panel is that of a sword vertically cleaving a head in two, it’s an immediate statement as to content. This is a book of barbaric violence and gratuitous sex, both explicitly displayed. In the height of battle King Alvar in his distinctive silver armour is an inspiration to his troops, setting about the enemy with a fervour. When, however, he’s struck by an arrow it appears fatal, but he rides away before he can be seen to be human. Followed by his cousin Alfred, they concoct a plan to trade armour, and if the fates favour him, Alvar will survive.

This is where we have the first indications of this society not being a pleasant place to exist. In short order we’re introduced to a succession of characters, each with nastier traits than those seen before. This royalty isn’t one of privilege bestowing responsibility, but of absolute servitude, when a spoiled nine year old prince can order a servant to the dungeons on her knees to starve for the crime of combing his dog’s hair in the wrong direction.

The art of Dongzi Liu is airbrushed perfection (or the digital equivalent). His battle sequences are epic, and his cast radiate beauty as they set about each other, although choosing to to paint most of the book in shades of brown was a mistake. The purpose is to accentuate someone seeing the light toward the end, at which point the beauty of nature is vividly displayed, but this brief allegory is slim reward for the remaining mud.

Jodorowsky appears to be aiming for Shakesperian tragedy and redemption, and there are some impressive moments, but it’s very much a two steps forward, one step back script, with some barely credible incidents, and unintentionally hilarious florid dialogue. Whether this is down to Jodorowsky or translator Edward Gauvin isn’t explicit, but the evidence weighs toward the former.

In terms of cast and outlook, this shares much with Jodorowsky and Manara’s Borgias, and it may be that fantasy fans will find much to enjoy. Little of the plot, however, withstands a modicum of logical scrutiny.