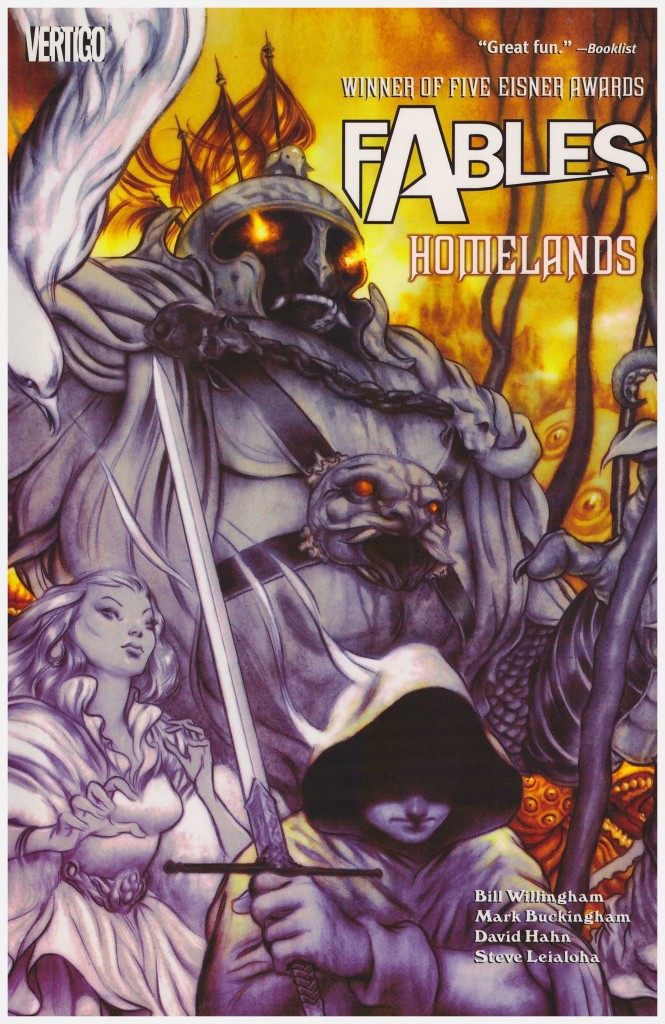 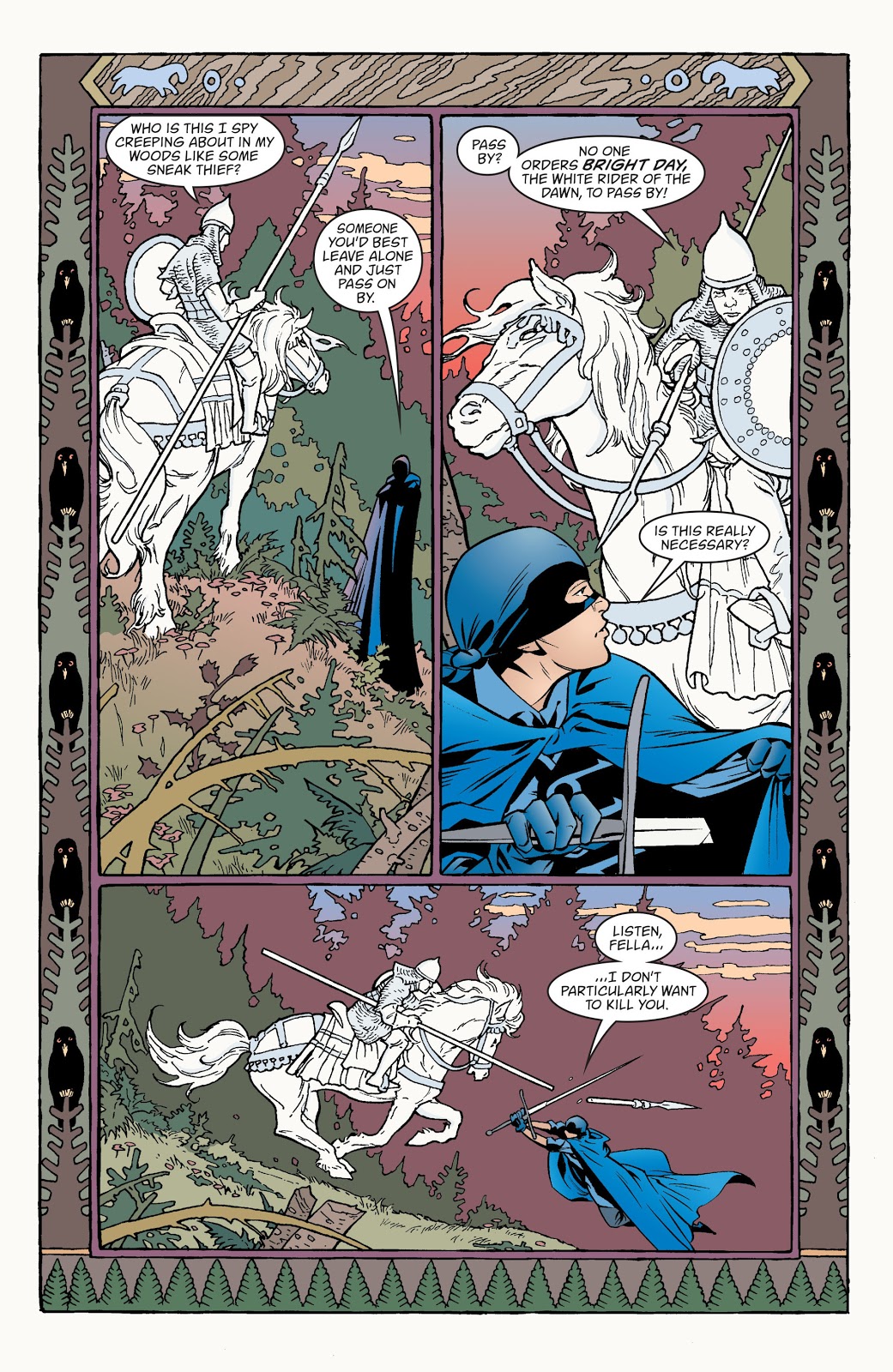 After the relative disappointment of the previous Mean Seasons, it’s comforting to report that Homelands bounces back to form in immensely satisfying manner.

The Fables are exiled on Earth because the forces of a being they only know as the Adversary has troops that have ravaged through their assorted planes of existence. The March of the Wooden Soldiers related how the Adversary generated an invasion of Fabletown via an inter-dimensional gateway long presumed sealed, and this book reveals the Adversary’s identity, although sharper readers may have guessed before now.

That revelation, though, is preceded by a final hurrah for Jack before moving into his own series Jack of Fables. David Hahn illustrates this tale of the shallow Jack attempting to set himself up as a Hollywood film mogul by marketing his own assortment of stories. It enables writer Bill Willingham to purge himself of every shoddy experience he’s had at the hands of the film industry pony tails. The story covers a fair span of time, and the conclusion is actually concurrent with events several volumes ahead as Beast, who also appears, makes reference to it in The Good Prince.

The title story kicks off with two chapters of a mysterious masked and cloaked young guy cutting a swathe through the various worlds comprising the Homelands, each taking him a step closer to the Adversary. The mystery is not so much who he is, which is known to readers of Mean Seasons, but how he’s able to cope with the incredibly dangerous beings in very cavalier fashion. His expertise eventually results in an encounter with the Snow Queen, but he’s planned very well indeed.

Saying much more would enter into spoiler territory, but Willingham throws in surprise after surprise while laying out exactly how and why the Homelands were occupied. Some surprises are small, others game-changing, and others still twisting that emotional knife. It’s fantastic stuff, and waiting a month between issues on the original publication schedule must have been extremely hard.

Mark Buckingham once again excels, not only with exceptional storytelling, but with inventive page design. A sequence concentrating on the archaic administrative methods of the Homelands is surrounded by borders as if from ancient illuminated manuscripts, and in the final chapters he settles on the distinctive character or theme based sidebars that would mark his work on Fables from this point. As a decorative choice it’s odd, since it reduces the available page space by something approaching 20%, even accounting for the bleed, but it’s distinctive and individual.

The artist who drew the first Fables tale, Lan Medina also returns for an interlude chapter focusing on Fabletown. It’s an insight into how the new regime is working, and there’s also a shock in that chapter. It introduces Mowgli who’s tasked with a mission, detailed in volume eight, Wolves.

The entire content can also be obtained in a large format hardcover printed on glossy stock as Fables Deluxe Edition volume five, which also includes much of the following Arabian Nights (and Days). Without that, but with the five previous collections, this is also part of Fables Compendium One.