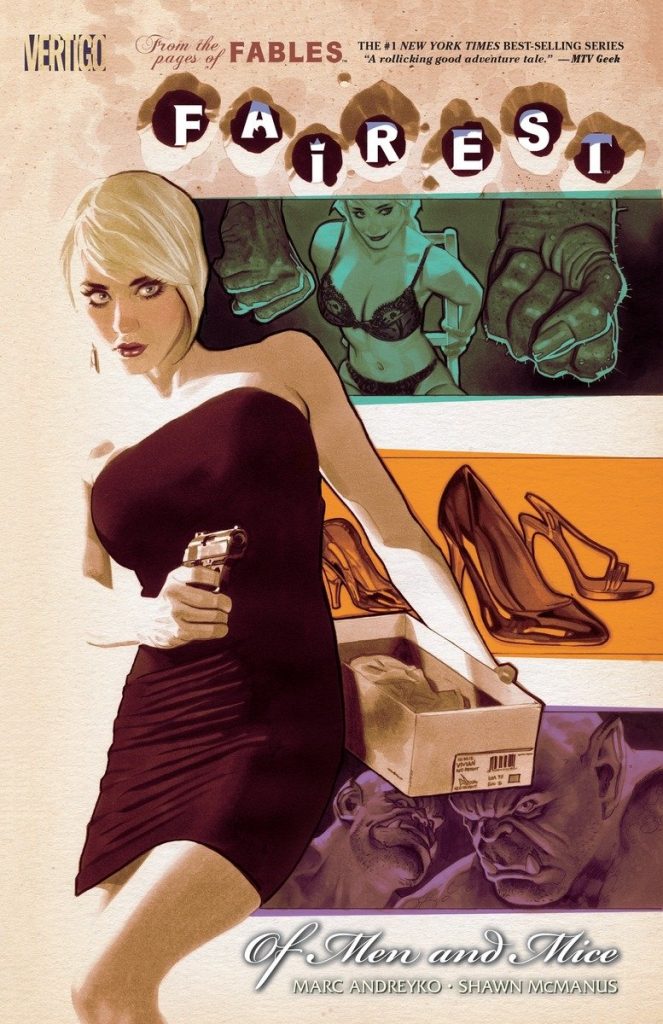 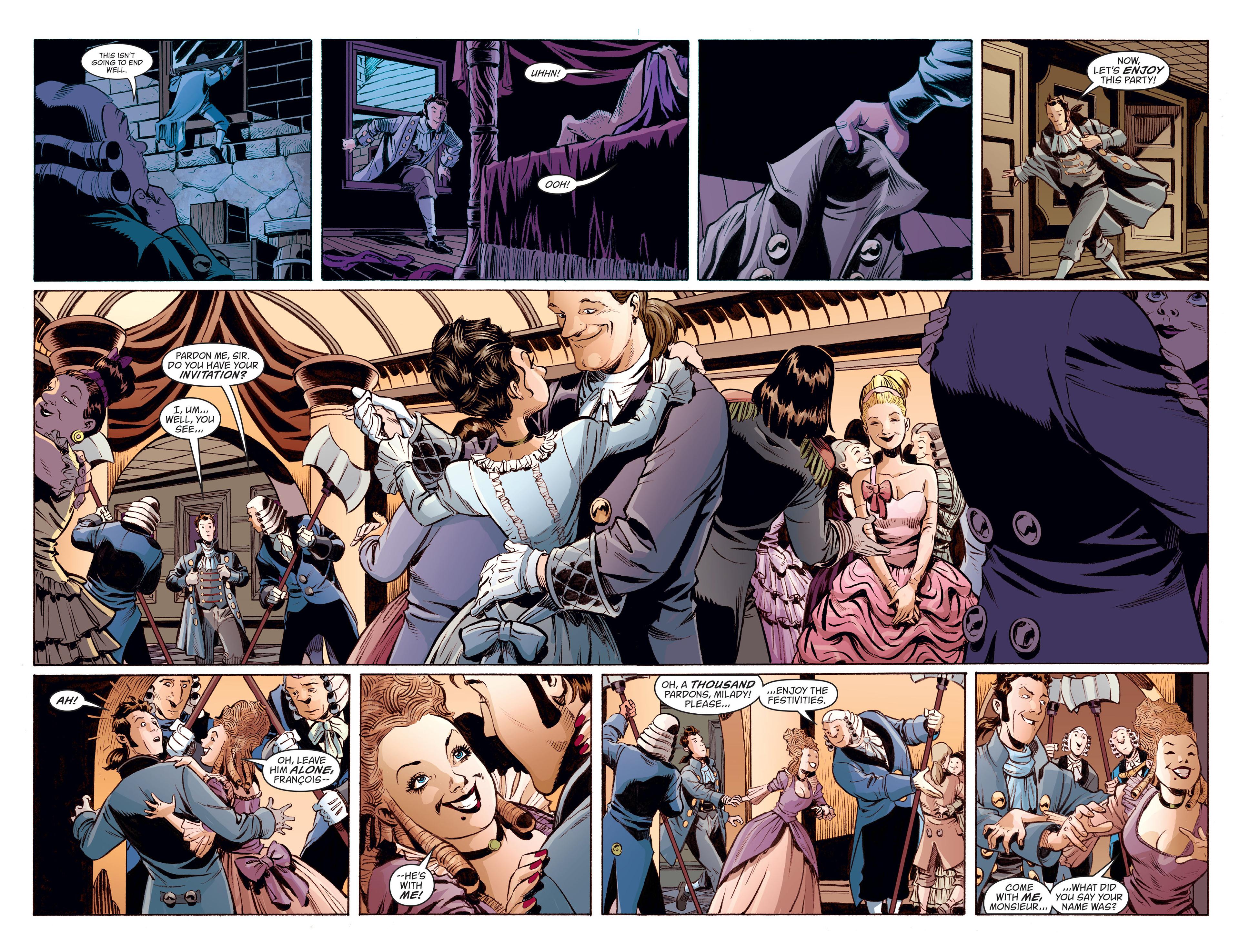 Of Mice and Men begins with assassination attempts on both Snow White and Cinderella, but as it’s the latter who’s the Fables action women, she takes on the task of discovering who’s responsible. It’s a clever plot from Andreyko, whose plot threads run all the way back to the original Cinderella fairy tale and the actions of the Fairy Godmother. This is revealed in the three to four pages opening each chapter, but it takes Cinderella longer to discover the truth. A truth she learns early is that the three blind mice, generally used for comedy purposes in Fables, are far more capable than she or anyone else realised. That, however, is only part of the reason for the title, as Andreyko filters several other characters from Cinderella’s fairy tale into the present day.

McManus has always made Cinderella stories sparkle, and he does so again. There’s a glamour to the cast, except for the astonishing variety of rodent menaces, all good. He draws convincing locations, and strong characters, his facility for realistic expressions carrying some of the storytelling.

Other characters are introduced, ones tying more into Fables continuity, and this isn’t as elegantly handled, not least because there’s no guarantee everyone reading this will have picked up the necessary Fables graphic novels (around the time of Camelot). More positively, Andreyko introduces explicitly gay characters to the Fables world, and there’s a strong role for Ramayan from Indian mythology. Ultimately, however, things crumble a little once the real menace is revealed, and while it might have worked when published as monthly comics, the final page has no relevance within the context of a graphic novel. You won’t find an explanation in the following The Clamour for Glamour either. 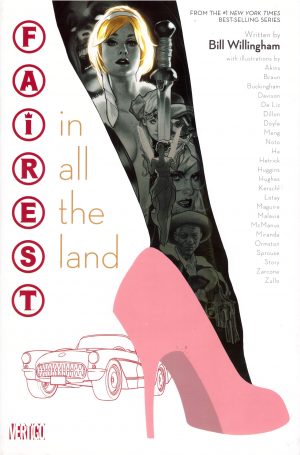