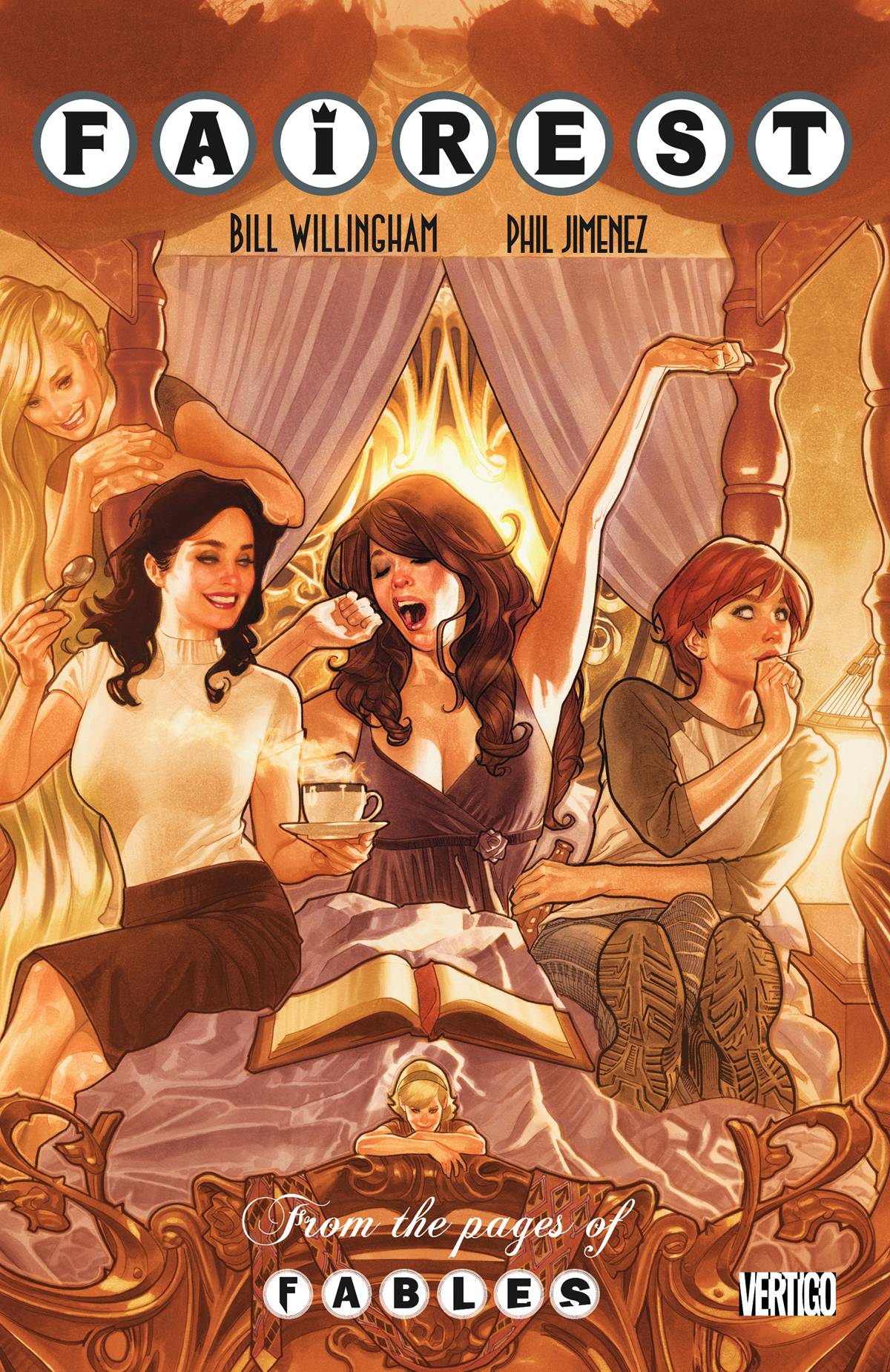 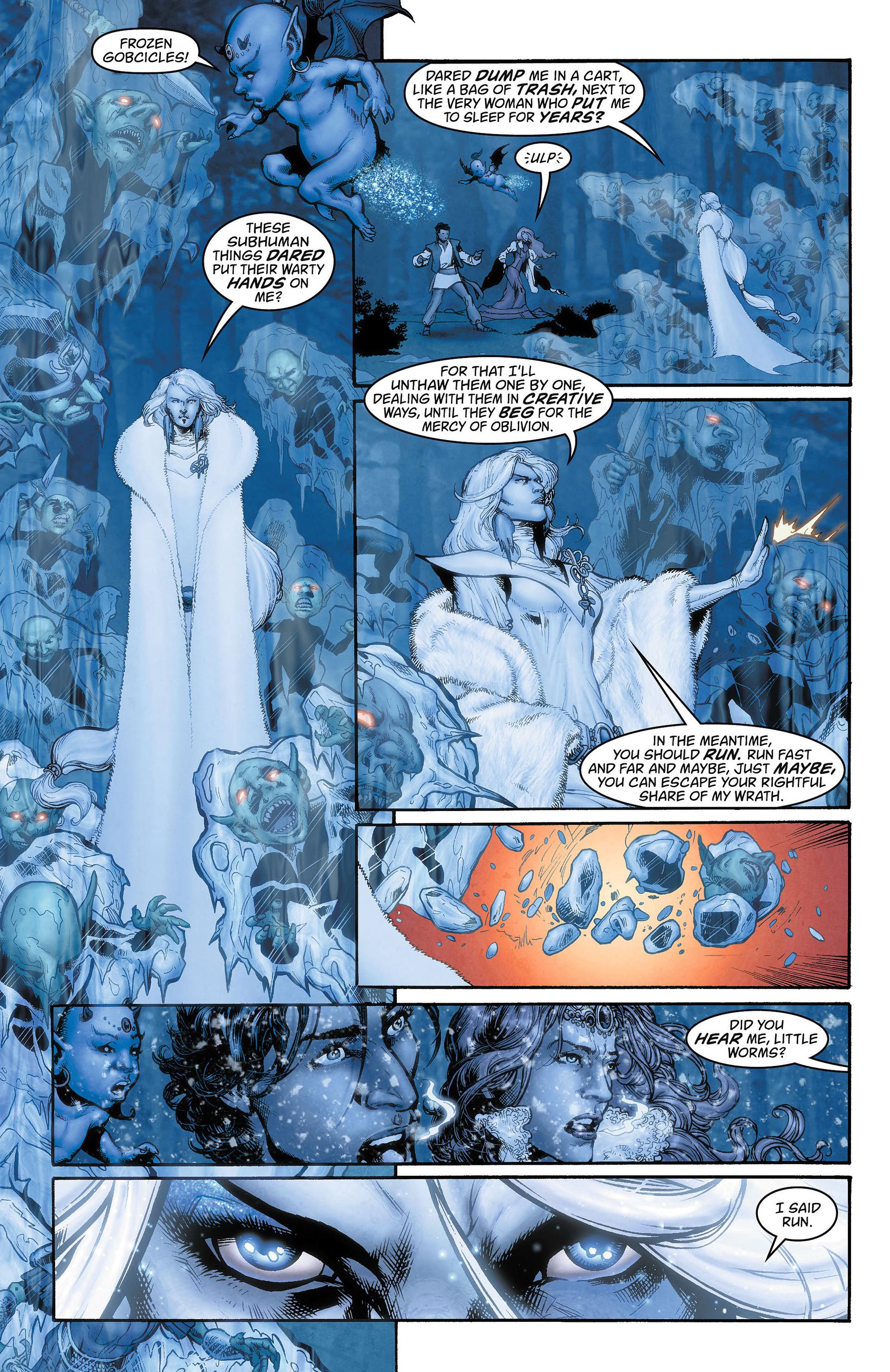 Because the female cast of Fables encompasses a considerable number of beautiful princesses, Fairest was launched to spotlight them in stories that didn’t quite fit with Bill Willingham’s plans for the parent series. Take Sleeping Beauty, or Briar Rose, at the time Wide Awake begins in one of her periodic comas after being instrumental in defeating the enemy in Fables: War and Pieces. She’s revived by Ali Baba, who considers himself the Prince of Thieves.

When Willingham has an annoying blue imp (think Danny Devito) start telling the fairy tale of Sleeping Beauty, it seems little more than an excuse for filling some pages with extraordinarily decorative art of Phil Jimenez. But that’s not the case. While Jimenez excels on the art, with the sample page equalled or bettered on numerous occasions, Willingham gradually reveals the fable of Sleeping Beauty has a relevance to the fate of the Snow Queen, also awoken, and not very happy with Briar Rose.

As he does on Fables, Willingham twists the plot one way, then tugs it in a different direction, having sneaked in all the pieces that make it work, then reveals them in stages to what surely ought to be gasps of astonishment and a round of applause at how clever he’s been. After the opening chapter the star of the show is the Snow Queen, vengeful enemy of all things Fable, and Briar Rose is largely restricted to a few grumbles until a pivotal role in the finale. However, in dealing with inconsistencies about the Snow Queen, Willingham eventually addresses some about the way he’s used Sleeping Beauty, and in the manner of continuing fiction both closes the loopholes and sets up the basis for new plots. The final pages create a story device pivotal to Fairest In All the Land, and later uses in the Fables finale.

There’s a final tale by Matthew Sturges. It’s far better than his Jack of Fables, a workable pastiche of 1940s noir crime stories, an eventual heartbreaker, with an excellent twist, adding to the relationship of Beauty and the Beast. Shawn McManus is required to work in two different styles, and manges both well, a sepia cartoon approach for most of the story opening into full colour.

Fairest continues with The Hidden Kingdom, but Willingham’s contribution to the later volumes is restricted to single episodes. 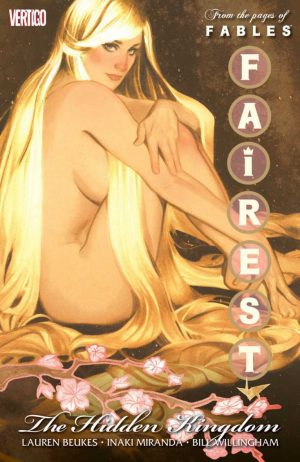 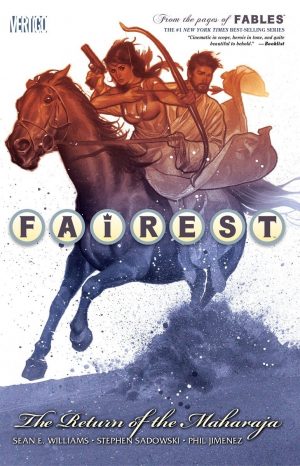 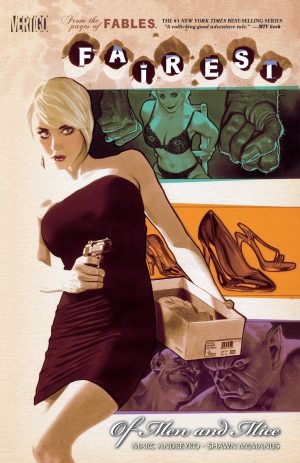 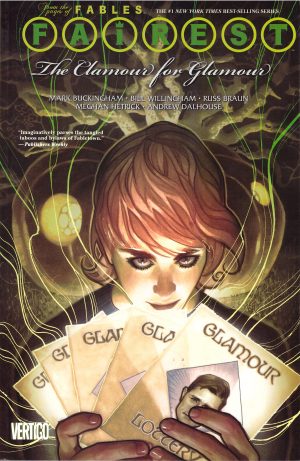