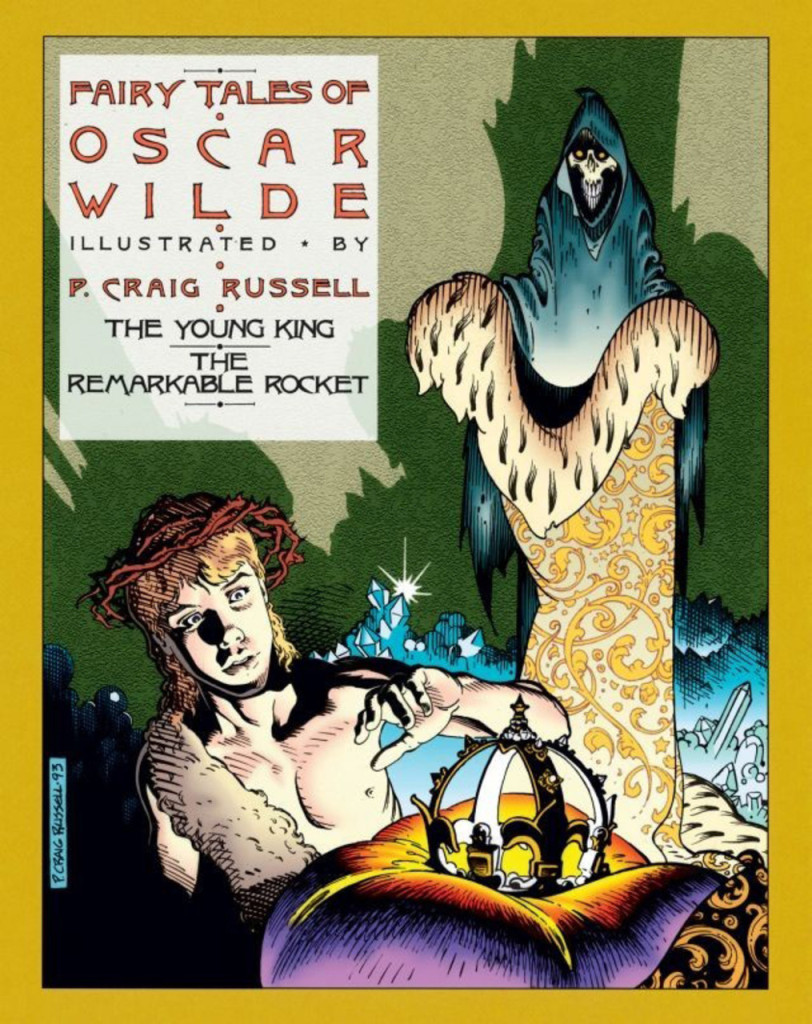 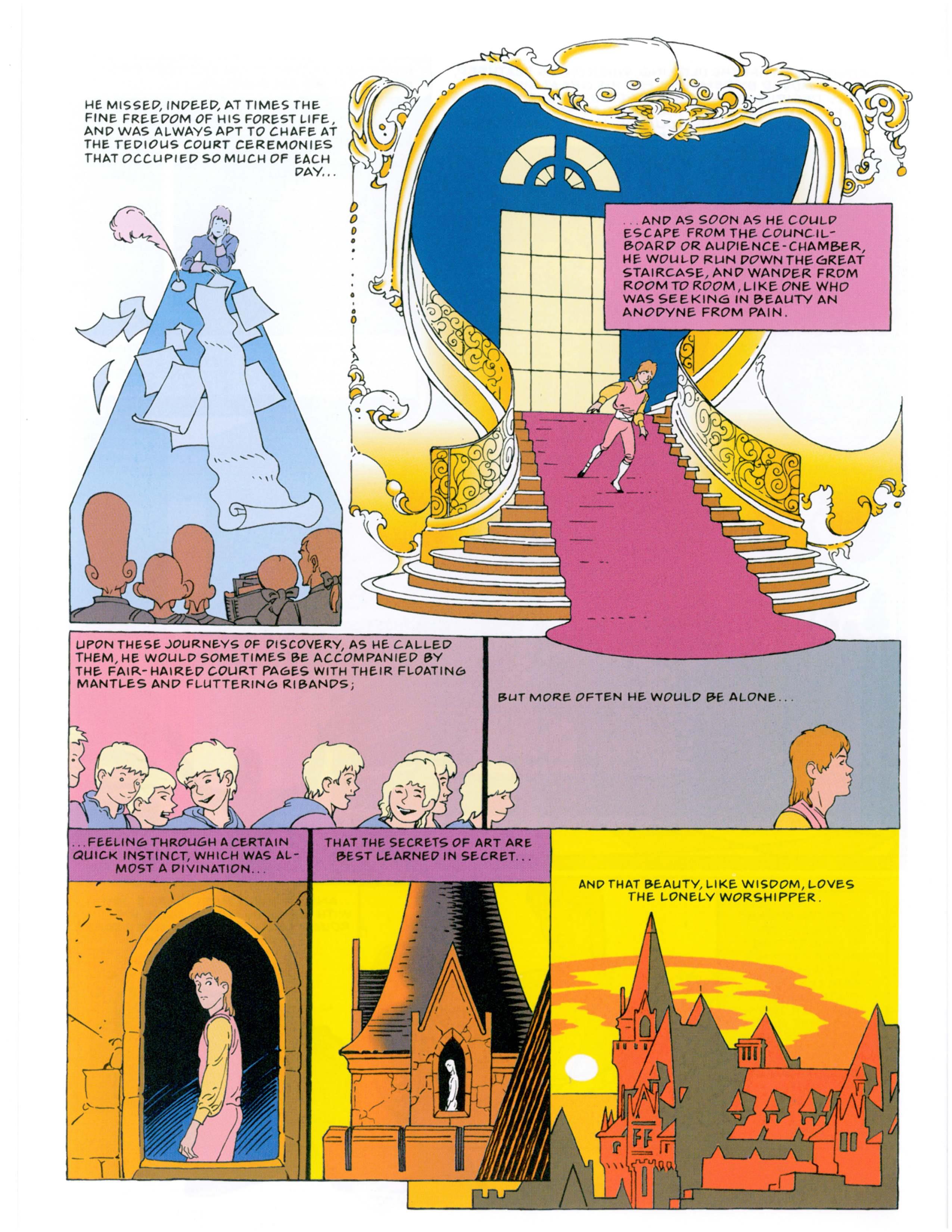 The value of Oscar Wilde’s fairy tales has been downplayed for over a century, yet their durability despite lack of fashionable recognition is in itself a form of recommendation. P. Craig Russell has always pursued a very individual path when selecting his graphic novel projects, and every few years dips back into Wilde’s catalogue to supply further adaptations.

‘The Young King’ contains some wonderful lines, recognised by Russell as he adapts the opening portion with virtually no dialogue, freeing the descriptive wonder of one his era’s greatest social commentators. “Beauty, like wisdom, loves the lonely worshipper”, is one of many fine examples, yet Wilde twists the story to provide the cost of beauty. Russell’s art has a perpetual decorative essence, and it’s difficult to conceive a better choice of artist to depict the required trimmings of finery. ‘The Young King’ is a morality tale about a boy plucked from poverty to inherit the throne becoming obsessed with the trappings of the wealthy. This is a genuine admiration for craft and beauty after his previous life, but when the cost is revealed to him he’s appalled. Wilde commented that his fairy tales weren’t suitable for children, nor for the British, and ‘The Young King’ raises uncomfortable social inequality barely aired at the time of the massive British Empire, a theme repeated in The Happy Prince. For modern tastes he fudges the conclusion by invoking the splendour of the Lord, but the issues retain their relevance today.

As usual there’s a luminescence to the artwork, with a multitude of panels that have the look of stained glass. This is because, almost uniquely among comic artists, Russell has no fear of the colour yellow. It abounds in his pages, as decoration, as light and as surroundings, and were his line not so distinguished and recognisable anyway, there’s a fair chance that Russell’s artwork could be identified via colour alone.

‘The Remarkable Rocket’ is an altogether more whimsical fable, as Wilde indulges in the portrayal of a pompous drama queen. Perhaps he had someone in mind. The rocket is a large firework planned to be part of the celebrations surrounding the marriage of a prince and princess. He lectures all about him in supercilious fashion, yet it transpires his only talent is to see the fault in others. Hmmm.

Russell brings the rocket to life, which takes some doing. He eventually settles for a Disneyesque snotty servant look, but this is a meandering tale switching focus and not among the best Wilde produced.