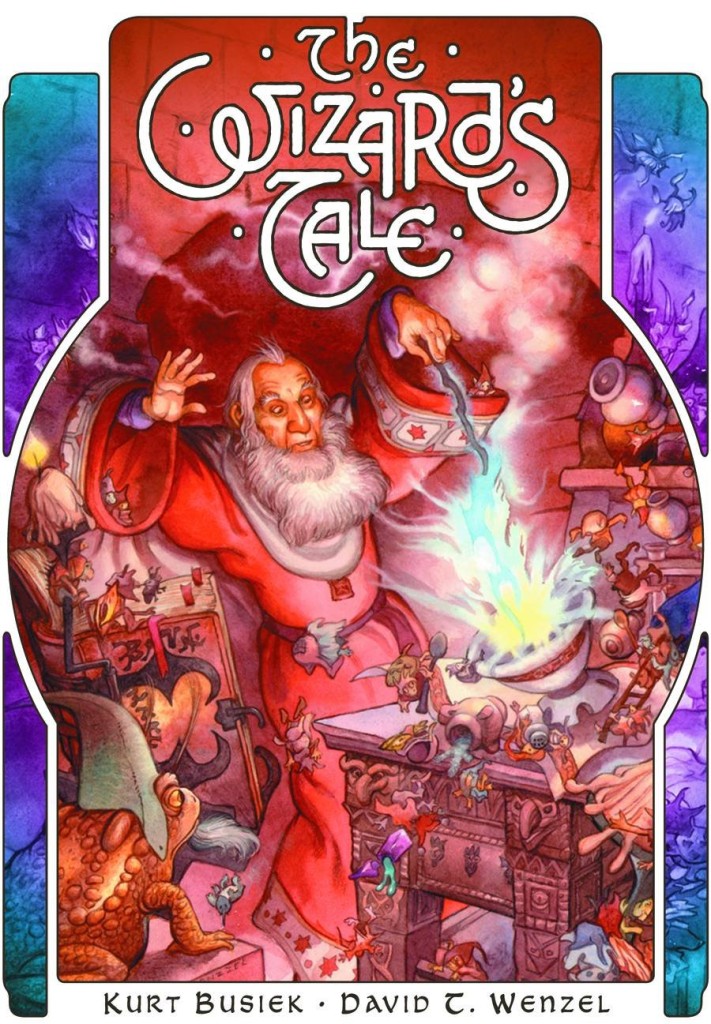 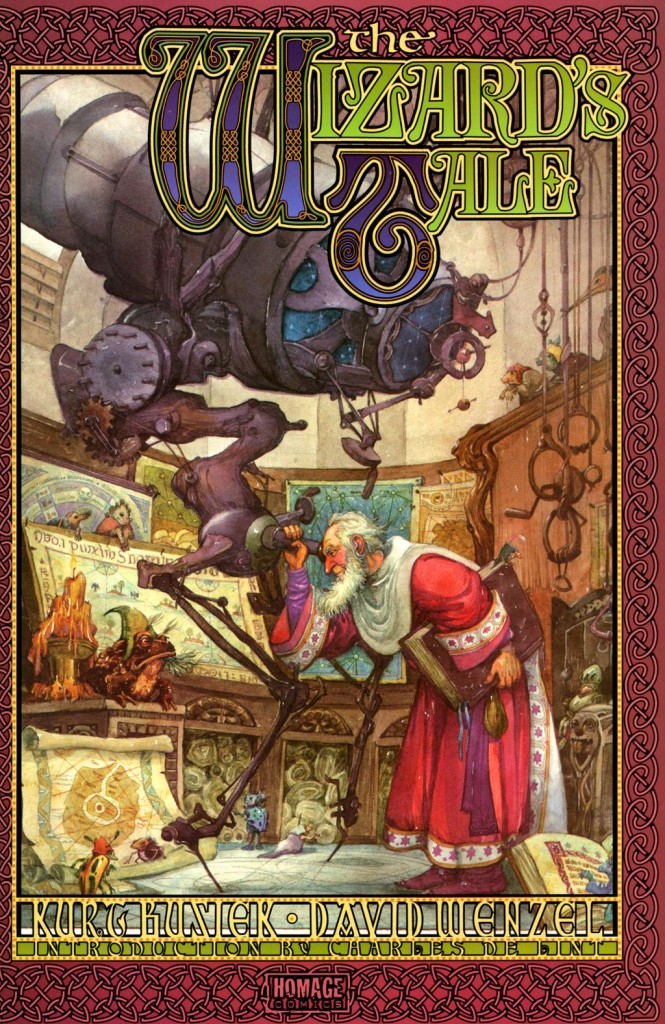 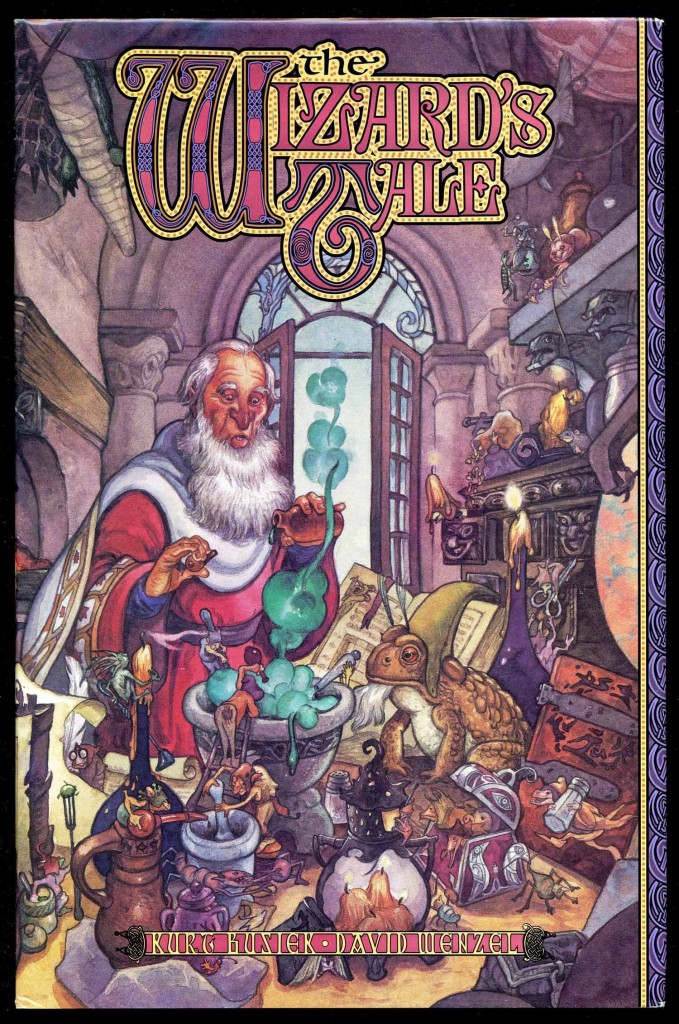 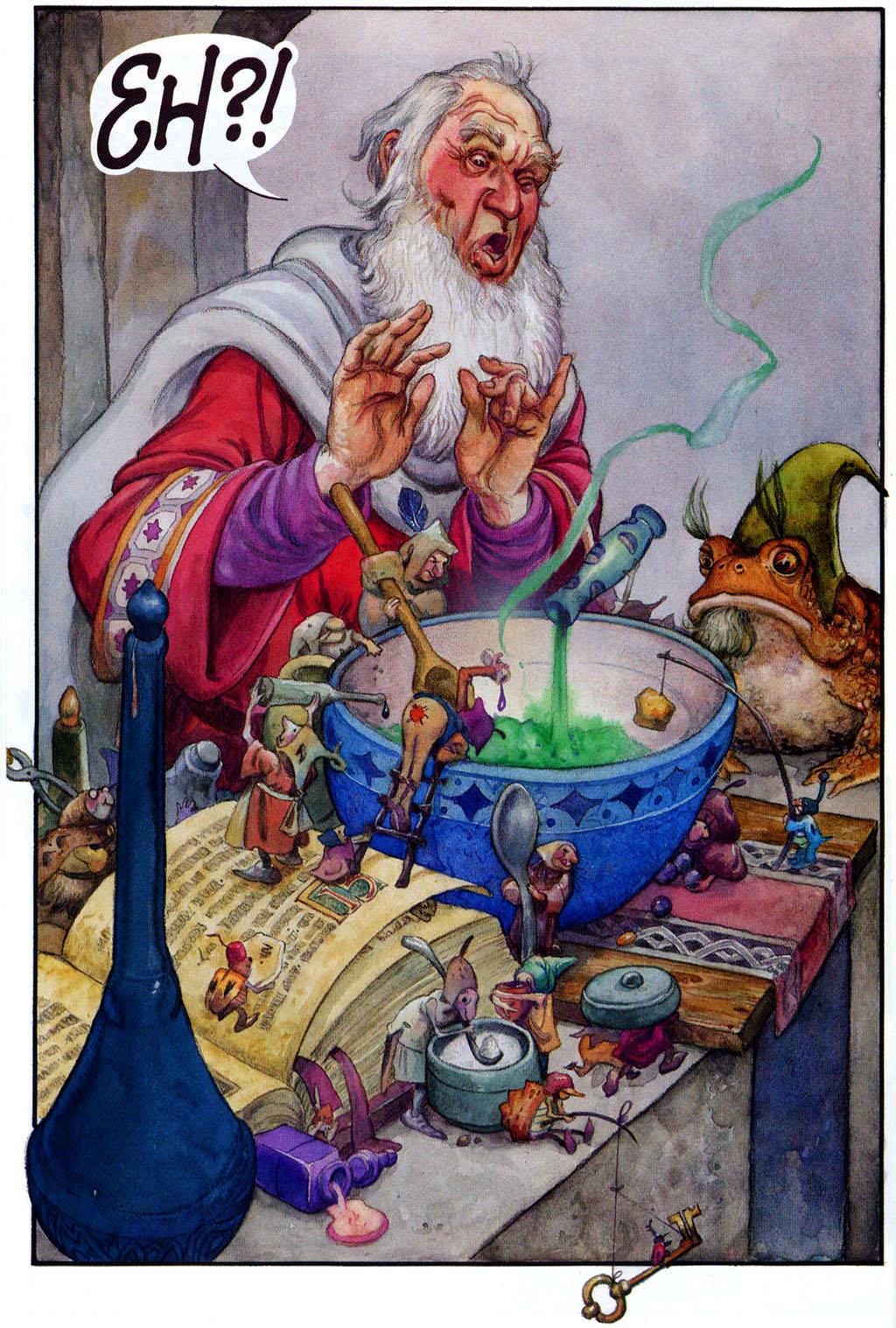 In his introduction fantasy novelist Charles DeLint makes the still valid observation that with a few high profile exceptions fantasy isn’t a genre that’s set the graphic novel world on fire. It’s odd. The maxim of a single picture covering a thousand words certainly applies, and a capable artist can outdo the almost anyone’s visual imagination.

There’s no doubt about Dave Wenzel being a capable artist. After an early and not entirely satisfactory experience with superhero comics, he turned his attention to fantasy and has proved a successful book illustrator who occasionally drops back into comics. Wenzel’s influenced by the classic illustrators of children’s books and this plot works to his strengths by permitting frequent detail-filled full page paintings. These are great, the type of imaginative material depicting all sorts of activity that a child can pore over for hours. Wenzel’s not a natural storyteller, however, and while well drawn, there’s a rudimentary quality to his other page layouts.

Kurt Busiek’s protagonist is Bafflerog Rumplewhisker, the latest in a long line of evil wizards who, try as he might, is unable to live up to the malevolence of his forebears. His heart’s frankly not in it, and this has been noticed by the Grand Council who’ve exiled him to a backwater. His chance of redemption is in locating the legendary Book of Worse, employed by his ancestors and the greatest concentration of evil spells ever created, but now lost. If he can find it his status will be restored.

Busiek’s story hits on all the right beats for engaging young readers and the parents reading it to those still younger, and he fills the background with fantastic devices and interesting supporting characters. Foremost among them is Gumpwort, Rumplewhisker’s companion since childhood, in reality a benign wizard transformed into a toad centuries previously. Mystical toads are unable to cast spells as when human, but the compensation is that they’re extraordinarily long-lived, and he’s been able to withstand the tortures of the previous evil wizards.

Having introduced the premise, Busiek delivers the necessity for Rumplewhisker to leave his stronghold and enter the village he’s been tormenting. Here we enter the quest phase as Busiek, who toys with the universalities of fantasy throughout, introduces a humdinger of a plot twist. It requires a shift of emphasis for Wenzel, and after a mundane start his full pages are equally impressive. From that point the end is never in doubt, but there’s no lack of appeal in heading there.

Long out of print, IDW’s 2013 reissue is extremely welcome. The Wizard’s Tale reworks familiar territory in a manner oozing charm and good humour, and to return to DeLint’s original poser, if all fantasy in comics reached this standard then it would be more prevalent.

The 1997 Homage paperback was accompanied by a signed and numbered limited edition hardcover.