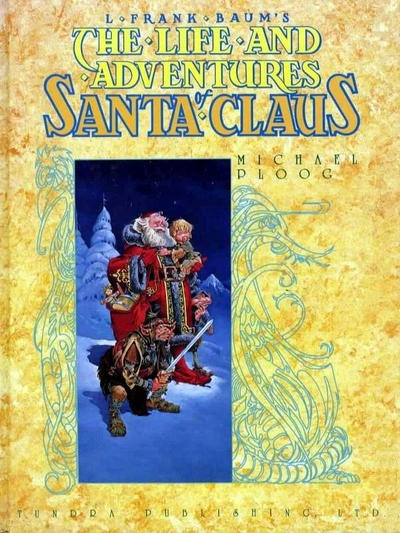 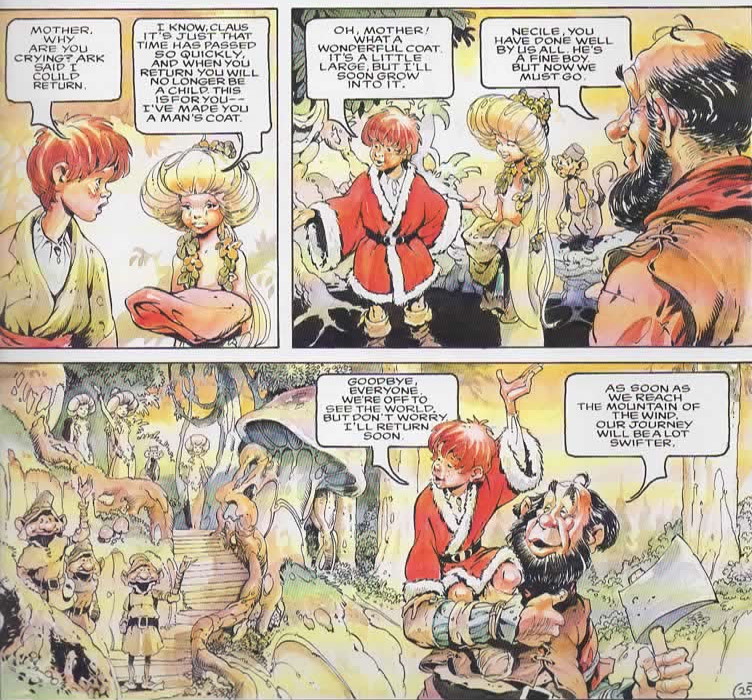 Mike Ploog’s adaptation of L. Frank Baum’s Christmas story is a sadly little-known gem that sits comfortably alongside the most beautiful looking graphic novels ever produced. It’s a book with genuine all ages appeal and Ploog spared no effort in this labour of love, creating a story that far transcends the original material.

Ploog had left comics behind in the early 1980s, and spent the remainder of the decade storyboarding movies as diverse as The Unbearable Lightness of Being and Ghostbusters, but he was reintroduced to comics via painting a set of trading cards after which he spent two years adapting The Life and Adventures of Santa Claus.

Mary Cowles Clark’s illustrations accompanying the original publication were hardly inspiring, and Baum’s strength as a writer was his imagination, not his prose. In order to present a cohesive story Ploog added to it, conceiving threads to stitch over Baum’s omissions. One element Ploog changed was to open his retelling with an aged and dying Santa Claus being brought before the gnome king prior to the review of his life, creating a dramatic tension largely absent from Baum’s more straightforward story.

The infant Santa Claus is discovered abandoned in the snow, and thanks to spur of the moment kindness from Necile, soon to be queen of the fairies, the law of the ancient gnome king is broken, and a mortal is permitted to grow among the mystical population. When of age he returns to explore the human world, and the story explains the origins of his delivering presents, and of the Christmas tree. The message Baum spread throughout his works was one of harmony and tolerance, and Ploog enlarges on this, conceiving a necessity for Santa Claus.

While Ploog improved upon the source material, the true wonder of this book is his art. The kinder characters exude a benevolence, and befitting a book that’s primarily a children’s story, while still threatening, the villains of the piece lack a terrifying quality. What’s more, when required, Ploog’s characters have a real life about them despite largely being creatures of fantasy. He creates bodies that have lived a life and display it. Charm is over-used adjective, but the very definition exudes from Ploog’s art.

Sadly out of print for many years, surely an enlightened publisher could ensure this beautiful book is once again able to delight.