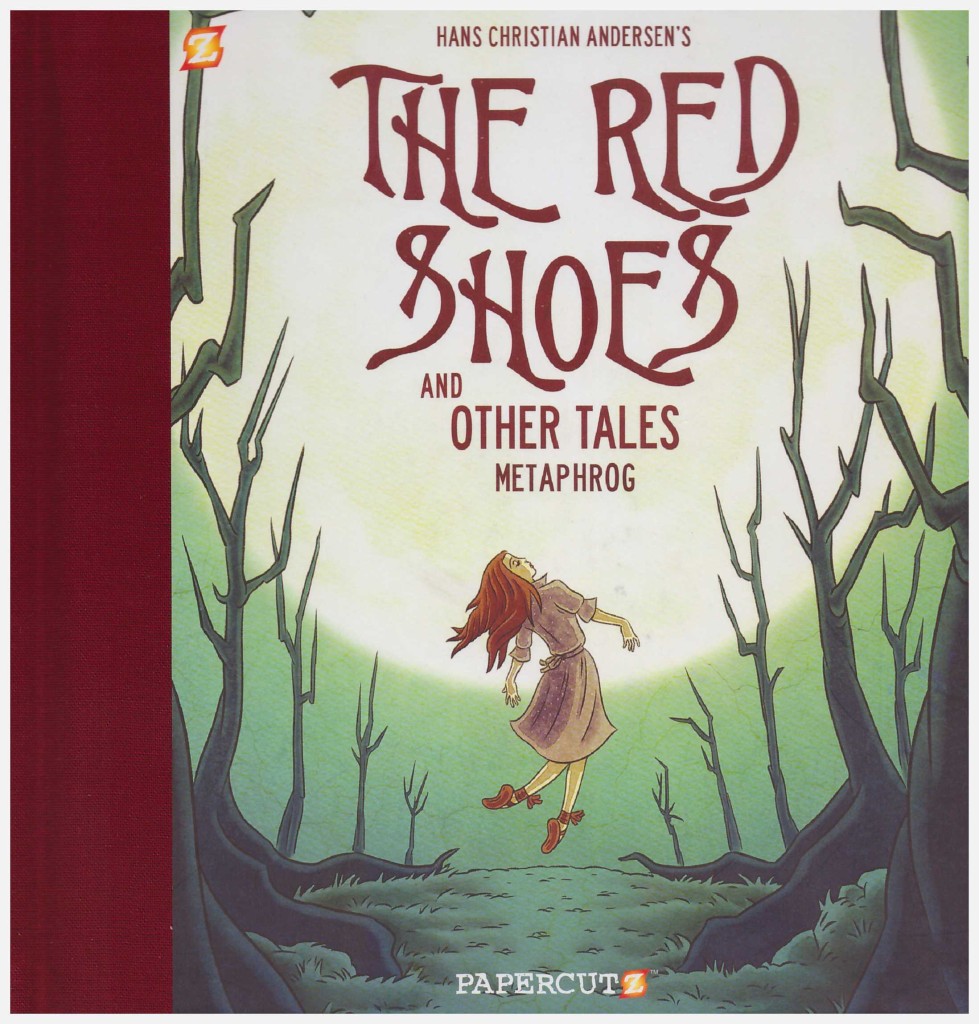 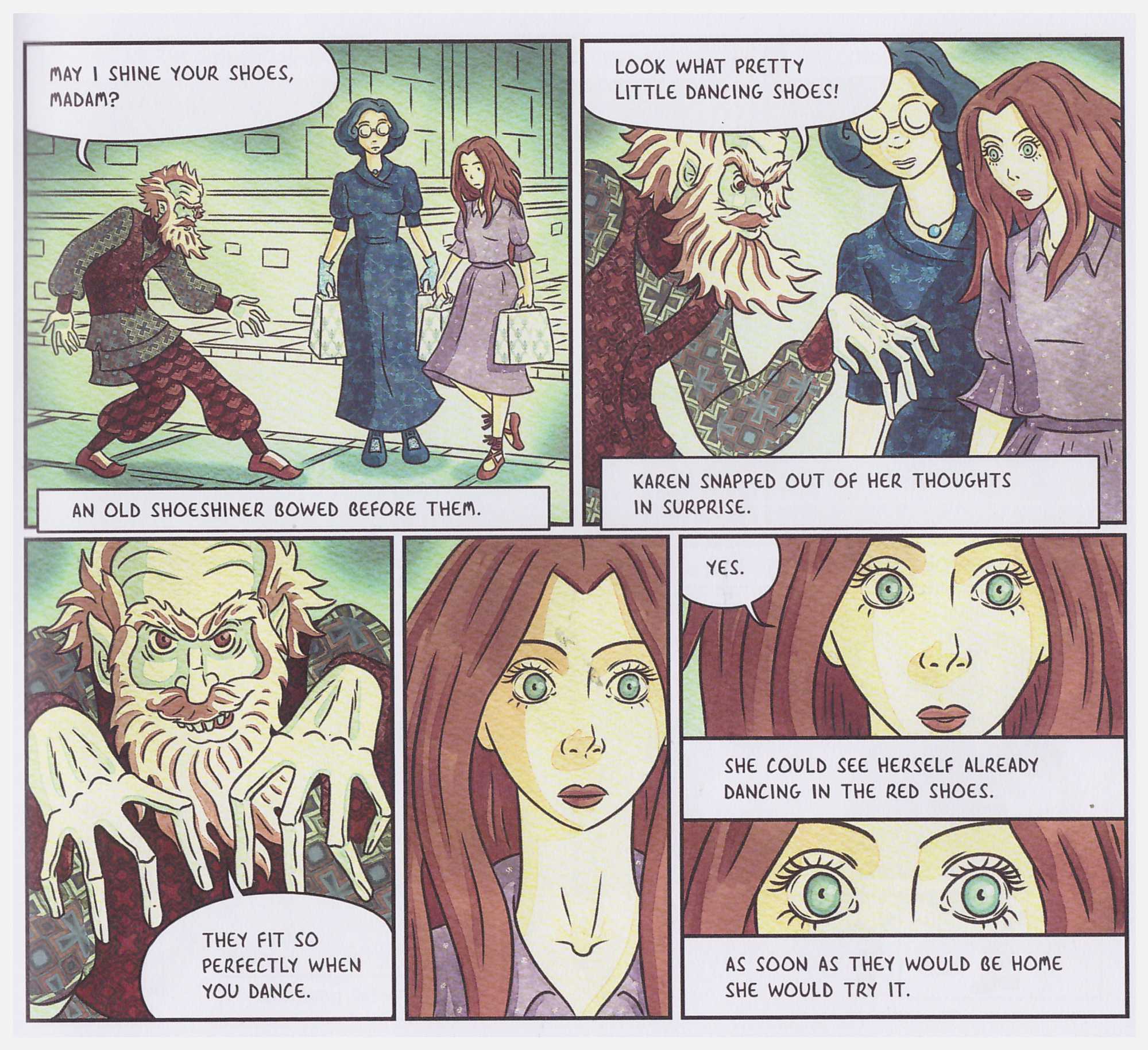 Papercutz are better known for their cheery product aimed at young children, but anyone picking up Metaphrog’s adaptation of Hans Christian Andersen’s stories on that basis is in for a shock. Rather than sticking to the sanitised fairy tales we’re more familiar with, Metaphrog have reached back to the source, to the bleak pathos with which the original works were infused. There’s no hint of Danny Kaye here.

‘The Red Shoes’ is a story perhaps now better known for the cross-pollination of the Powell and Pressburger film and for the Kate Bush album and video that it inspired. The basis of the story in all is the fusion of a young girl and pair of red shoes that compel her to dance. The Metaphrog approach is sparse and strange, reminiscent of Richard Sala’s work in instigating a perpetual sense of dread of the unknown horror ahead. Young Karen is given an emotional attachment to red shoes before spying those that will be her downfall, and there’s no saccharine redemption once she’s tempted by the other-wordly.

The one problem with this particular story is that the colouring, fine throughout in conveying the brooding atmosphere, really needed to be modified when it came to the shoes. These are plain brown rather than the alluring bright red the tale demands.

The other tales of the title are ‘The Little Match Girl’, a universal tearjerker even in its sanitised version, and the lesser known ‘The Glass Case’. This concerns a boy from an abused background, unsparingly portrayed, who finds a form of peace in odd circumstances.

All three tales are united by a lack of sentimentality about life as it was for poor children in the 1800s. Today known as fairy tales, in its time these were as much social commentary as anything produced by Dickens. The deprived child endured a level of poverty almost unknown in the Western world today, had to work for a pittance from an early age, and there was no social work department to protect them. They’re all drawn as wide-eyed and innocent, so accentuating our sympathies, and be warned that sympathy will be required.

Papercutz have worked some magic with the production as well. The book is small and square, with board covers, a cloth-bound spine and decorative endpapers. More like this, please, Papercutz.