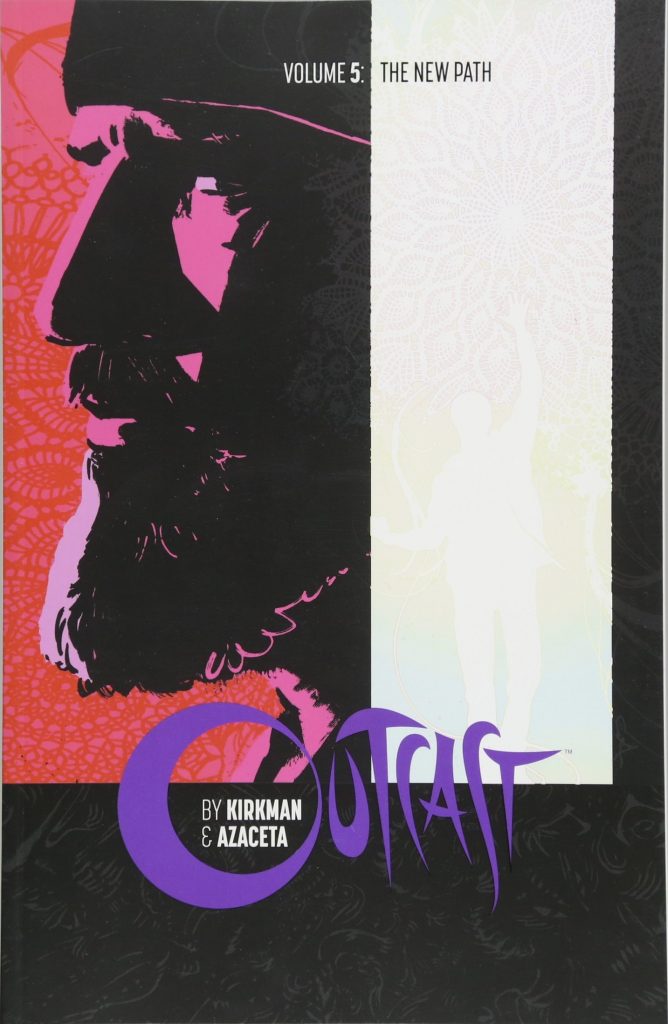 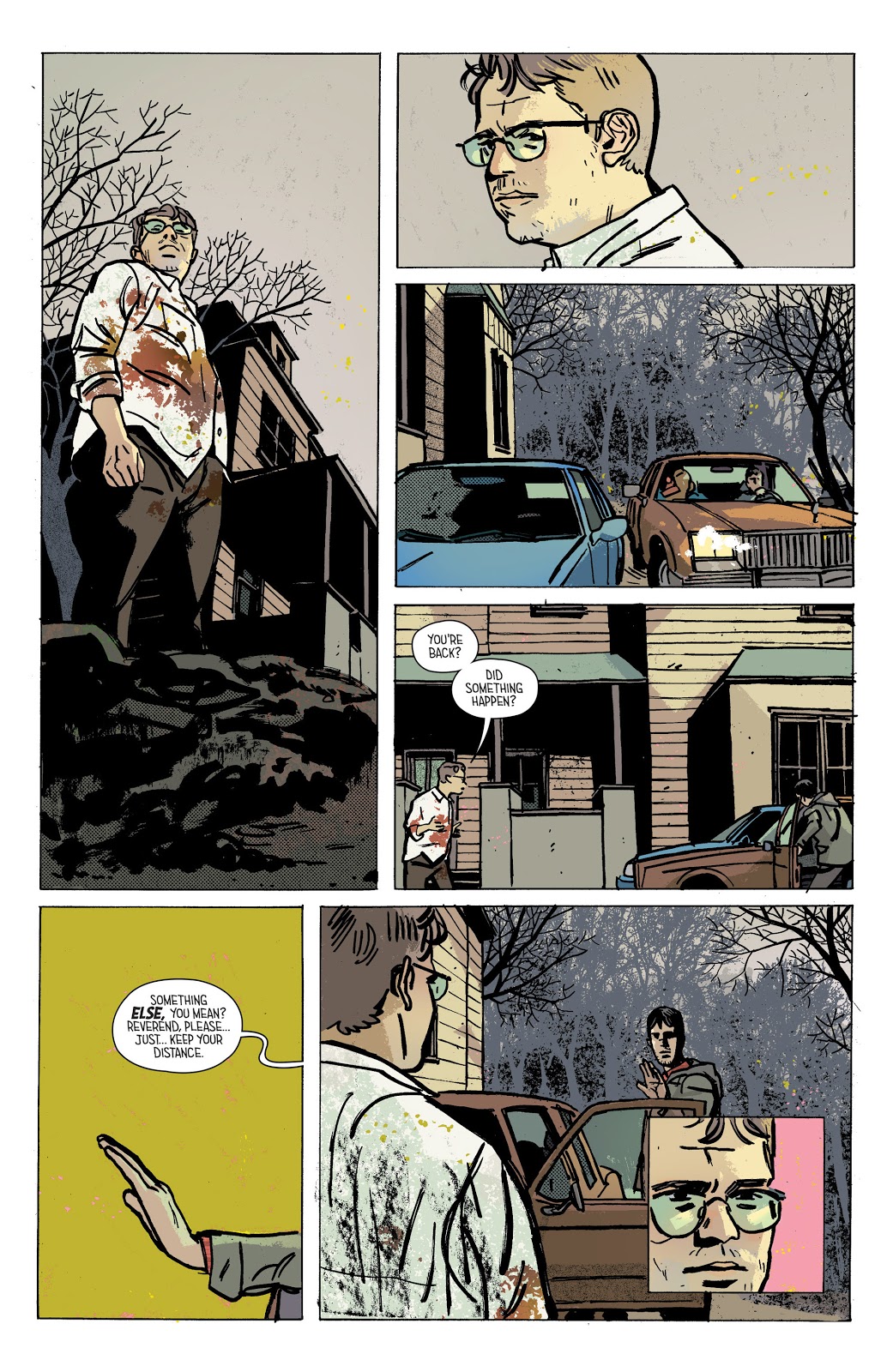 A big problem with Outcast has been the glacial pace. It can be trusted on the basis of his accomplished storytelling on other material that Robert Kirkman has a bigger picture in mind, but the slow revelations have made Outcast dull in places, and that’s not a description that can justifiably be described to Kirkman’s other writing. That dull tinge was more apparent than ever through much of Under Devil’s Wing, but there’s an immediate seismic shift in The New Path.

Until now Kyle Barnes has been able to perform a form of exorcism on individual possessed townspeople at great personal cost via shedding blood on them. The first episode of The New Path introduces someone capable of taking on half a dozen of the possessed and exorcising them by firm grip alone. They have a purpose, and they have knowledge, which comes pouring out of them, finally providing an explanation as to what’s going on. It’s a slight twist on a known legend, but inventive enough to stand apart, and, praise the lord and pass the tambourine, finally jolt Outcast away from the sullen cycle of repetition.

Even beyond readers finally being let into the secret, the positive aspects of this story portion radiate. Kirkman’s ended the Barnes family estrangement. The idea of Allison, a woman who always loved her husband, having so little faith in him when push came to shove was always skating too near to melodrama, and that’s been very neatly fixed. We have a new, proactive Kyle, one with a mission, and Reverend Anderson proves to be quite the wild card: “To my ear you’ve told me some of the same stories I’ve been hearing my entire life. You just used different words.” Not that Kirkman is giving away his inspirations, or anything!

Artistically Outcast has been strong from the very beginning, with Paul Azaceta’s shadowy figures and locations ideally highlighted by Elizabeth Breitweiser’s moody colours, but the revelations in The New Path require a different style altogether over a protracted sequence. Azaceta’s as good with contrasting abstractions as he’s been with the stylish storytelling provided over the last four books. Later in the book something really subtle is needed, something you’ll miss if you’re not paying attention. It’s meant to be that way, and how Azaceta pulls it off is very nice indeed.

The New Path is a revelation that lives up to its title. Kirkman has followed the pattern of expanding the cast in every series of note he’s worked on, and doing so here has made Outcast blossom. There’s still the threat of danger, greater than ever in fact, but finally a sense of purpose also, and that makes Invasion something to anticipate. 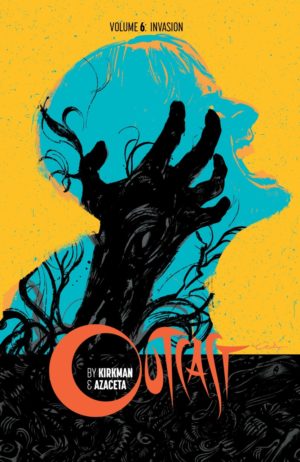 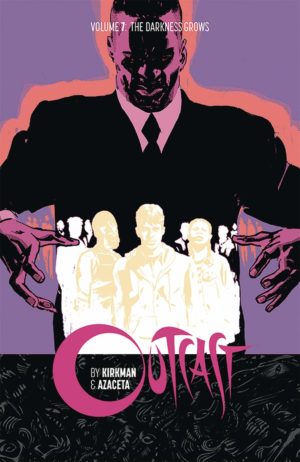