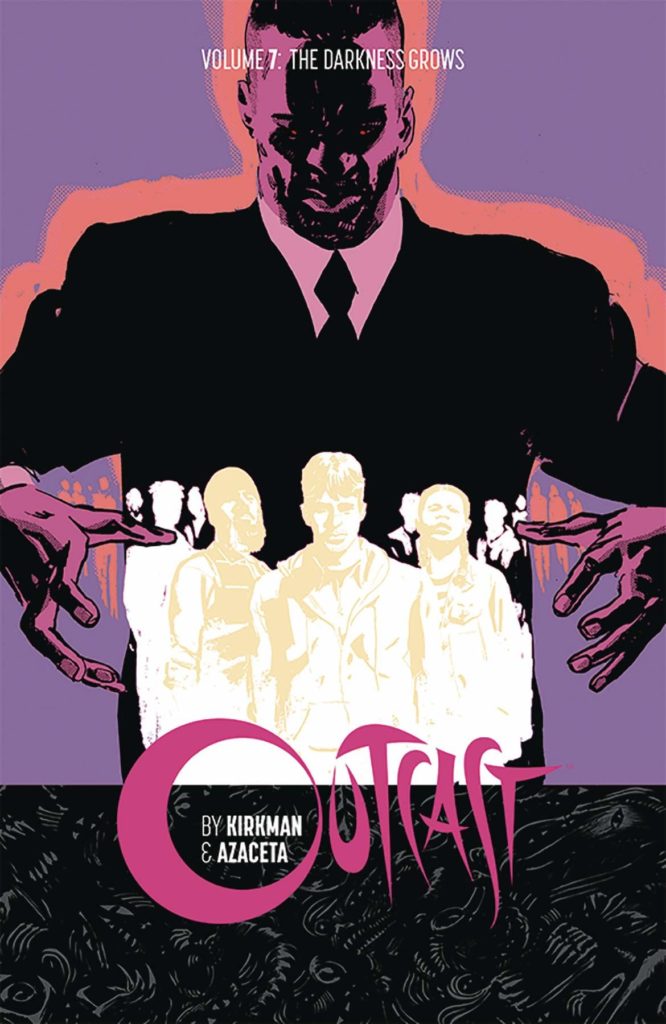 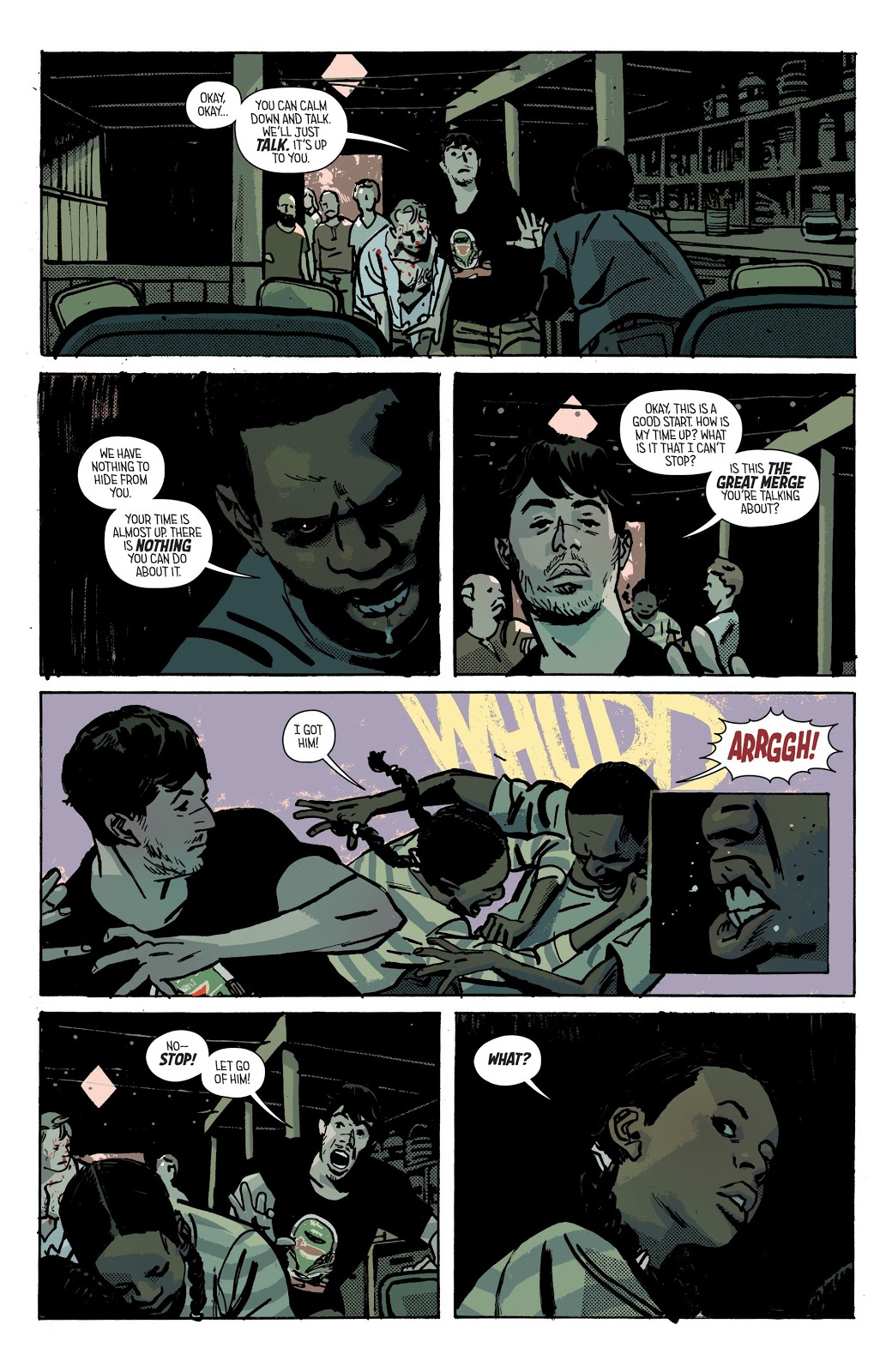 Kyle Barnes has progressed through some personal hell since discovering his talent for exorcism is connected to something involving him in a war between ancient and very powerful forces that have leeched through from another dimension. His path isn’t too far removed from the father who deserted him before birth, and who returned in Invasion with some explanations. It’s Simon Barnes’ story that opens a volume where Kyle’s a strong presence, but often taking a step back into what’s become an ensemble cast. It’s not just a spotlight on the community now referred to as the Outcasts, under siege without losing their faith in Kyle, but also the forces nearby plotting against them, with the authorities in effect innocent pawns.

Outcast remains by some distance the bleakest story Robert Kirkman’s involved with, and remember, he also writes The Walking Dead, so that’s saying something. That’s partly down to the intuitive art of Paul Azaceta, who brings gloom to even the lighter moments with well conceived revelation of personalities. There are very few people in Outcast completely confident as to their ultimate fate, with some nearer the edge than others, and Azaceta is tremendously skilled at revealing someone just by their postures and glances, with no dialogue required. Where mood is concerned, Elizabeth Breitweiser, largely restricting her colours to muted tones has an immense effect, and when there is momentary brightness it creates a far greater impression than it would in standard comics.

The Darkness Grows is the penultimate Outcast graphic novel, and as the end of the series approaches Kirkman maintains his leisurely pace, but unlike earlier volumes where this produced dull comics, the cast has increased to a level able to accommodate this. There’s always something interesting happening to someone somewhere. Given the background of the series, a group being told “You are all capable and reliable people. That is why we find ourselves working together” could apply to either set of the opposing forces. However, “I truly believe we can accomplish what has always eluded our predecessors and put an end to our collective suffering” reveals the speaker’s allegiance. We’ve heard for some while that the Merge is on its way, and by the final pages it may or may not have arrived. They’re puzzling, leaving more revelations owed as the series finishes with The Merged. By now you’ll either have become caught up in the darkness surrounding Kyle and his companions or not, but this follows the established pattern of pages of introspection and reflections before an explosion.

The entire series is collected as Outcast: Complete Compendium.