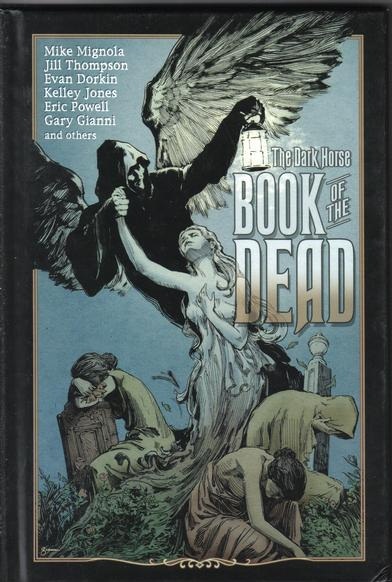 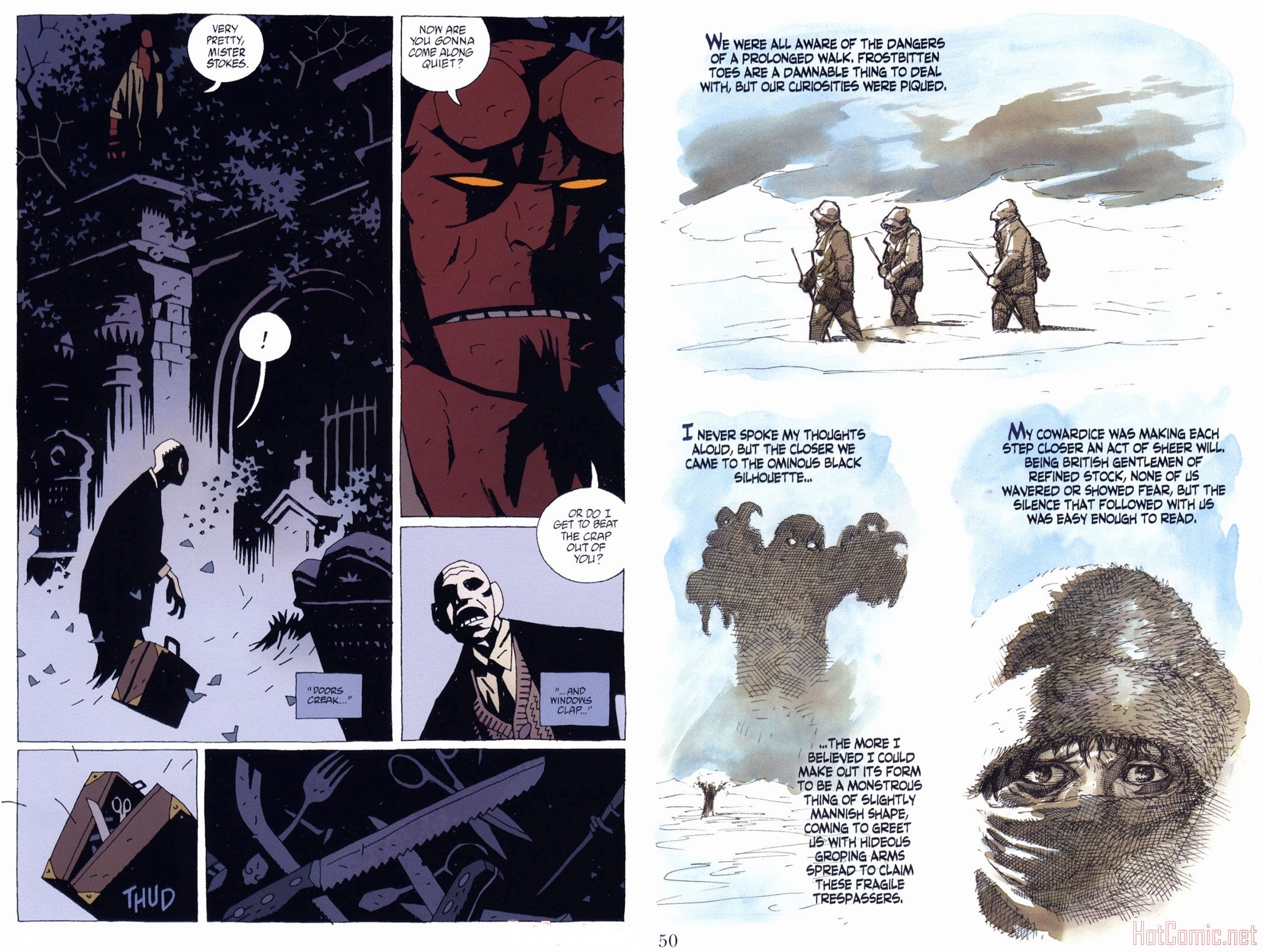 Ten creepy tales are to be found in this appealing anthology, some connected with other projects Dark Horse publish (Hellboy, Beasts of Burden), others original tales. Just a look at the list of artists whets the appetite with Guy Davis, Gary Gianni, Kelley Jones, Mike Mignola, Eric Powell, and Jill Thompson contributing. Todd Herman, Roger Langridge, Paul Lee and Pat McEown might not be as well known, but everyone delivers.

The dead in horror fiction take many forms, so while the mind might instantly conjure zombies, there are few on display, and those that do shamble forth might not be as expected, always a sign of thoughtful horror. And that’s what characterises this collection. There’s no plain stalk and slash, with even the stories set in the present day owing the traditions of the past, such as Scott Allie and Lee’s tale of what a son learned from his father, and what he still needs to know.

As in companion Dark Horse anthologies, one chapter is an illustrated text piece, in this case a Robert E. Howard tale, that’s as much a horrific Western as anything else, and Gianni’s finely textured drawings could have been produced when the story was written. Interestingly, Howard’s named a town bully Jack Kirby. Eric Powell claims to have adapted his contribution, but from the diaries of Charles Oates, Arctic explorer in 1892. It’s a clever fiction to provide gravitas, and he’s one of several writers to use the formality of 19th century language for the same purpose. McEown separates his story into twelve single page chapters, each dense in a story that consistently twists expectation. Several also use a comic strip format, but little dialogue, in effect using narrative prose captions to duplicate the text and illustration format. An innovative use of that is by David Crouse and Herman with a truck driver’s life coming under the spotlight, and one of two stories about dead dogs. The combination of Jamie S. Rich with Davis employs narrative thoughtfully for half the story, with Davis surprisingly good at producing his own version of old fashioned Japanese illustration.

‘The Ghoul’ by Mike Mignola is an experimental Hellboy story, in which the ghoul himself quotes extensively from old poetry as he goes about his business, which is certainly strange, but also dull unless you like the poetry. However, it does represent the idea of horror with some intelligence behind it, and there’s no such thing as poor Hellboy art by Mignola. If you’d prefer ‘The Ghoul’ accompanied by more Mignola instead of other creators, it’s found in the Hellboy collection The Troll Witch and Other Stories.