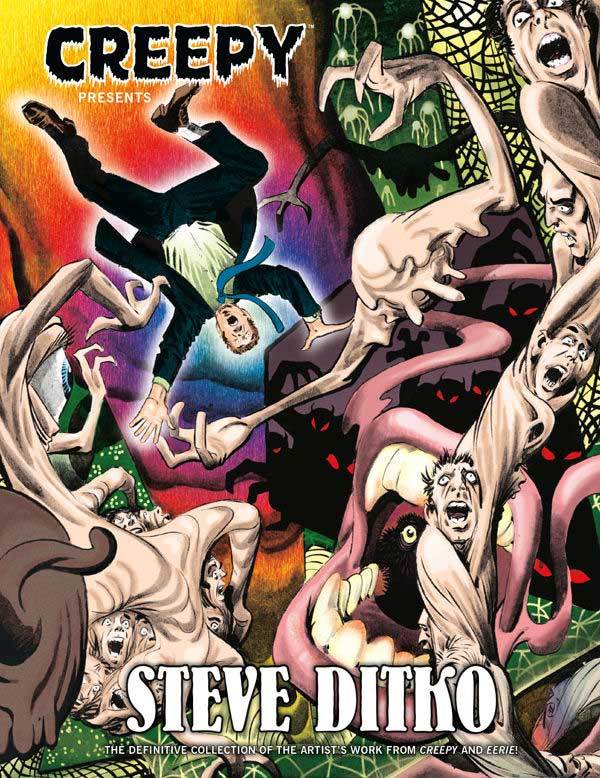 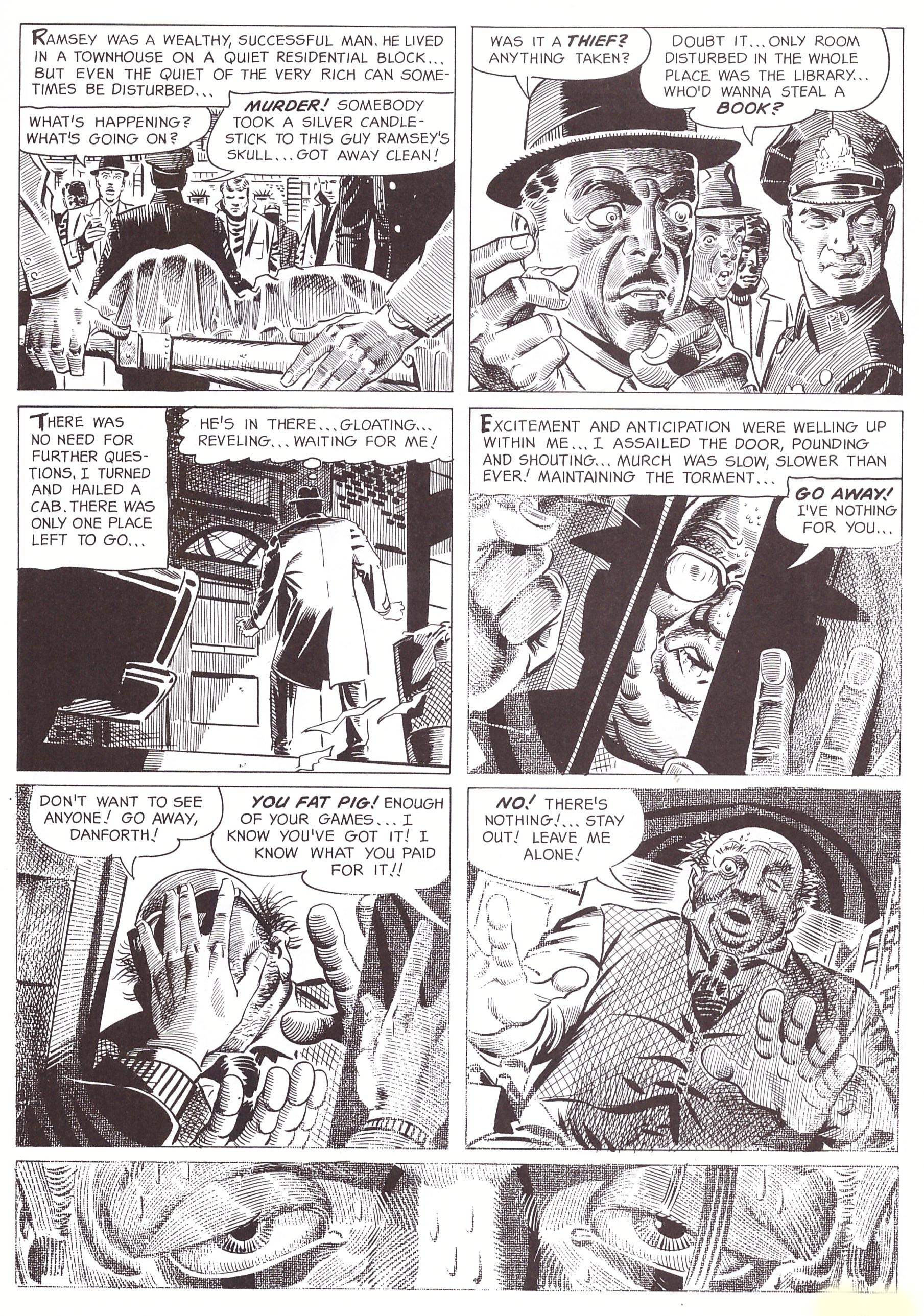 After abruptly quitting Marvel, Doctor Strange and Spider-Man in 1966, Steve Ditko’s next published work was in the horror magazines Creepy and Eerie. It was a brief stopover, with this collection reprinting all sixteen stories he produced in just under a year. Returning to the short form supernatural stories on which he’d started out in the early 1950s could be seen as a retrograde step, but the art shows Ditko really connecting with the material. In the original magazines his stories were generally printed alongside masters of figurative art, and Ditko took the polar opposite approach, accentuating the unreal, the other-worldy and the uncanny. He also relished the freedom to experiment unrestricted by the Comics Code strictures that applied to his colour comics work. He could show forbidden horrors such as werewolves and demons, but the true artistry is in his depiction of human terror.

Later noted SF and fantasy author Terry Bitton supplies one story in collaboration with Clark Dimond, but all other scripts are the work of Archie Goodwin, whose exploration of horror is characterised by a superb variety and an excellent sense of staging. His terrors encompass traditional monsters and the other-worldly, but also vivisection, barbarians, mental illness and allegory, the best of the latter category being a killer haunted by a fly.

‘The Collector’ is considered among Ditko’s best work, not just for Creepy, but over a long career. Goodwin sets the tone with a first person narrative from an odious collector who despises Murch, the dealer consistently able to supply him with the occult books he craves. It’s Ditko, however, whose work so embeds the tale in the mind. His designs are wonderful, Danforth arrogant and imperious, and Murch scruffy and overweight, his vision impaired. The greatest violence is viewed as if through the eyes of the perpetrator, accentuating it, and look at the fine touch of the shadow in the fourth panel of the sample art.

Some stories here are traditional black and white line art, but even more are printed in various forms of wash. Mark Evanier’s excellent introduction analyses the creation process, but the results remain utterly distinctive, resembling no other artist before or since. The best of these is ‘Deep Ruby’, where the wash is restrained and effective, and the story simple, yet permitting the artistic wonder of the environment Ditko creates within the ruby offered to a well-dressed man on the first page. It’s worth comparing this with the ‘Room With a View’ three stories earlier, a linework tale following much the same plot, yet Ditko taking a completely different approach.

In addition to punting out a dozen short horror stories a month, Goodwin was also editing the magazines, and the sheer work involved means some stories slip a little below the desirable quality threshold. Some are predictable, and the sword and sorcery material genre standard, but when on top form, over half the collection, these are well plotted tales still more than capable of inducing the spooky thrills intended.

While the opportunity to have all these stories in hardcover for a $20 list price is surely beyond temptation, Dark Horse haven’t had access to the original art, or quality film or stats, and haven’t done much in the way of restoration. Presumably working from printed copies, detail is sometimes lost and blurred.