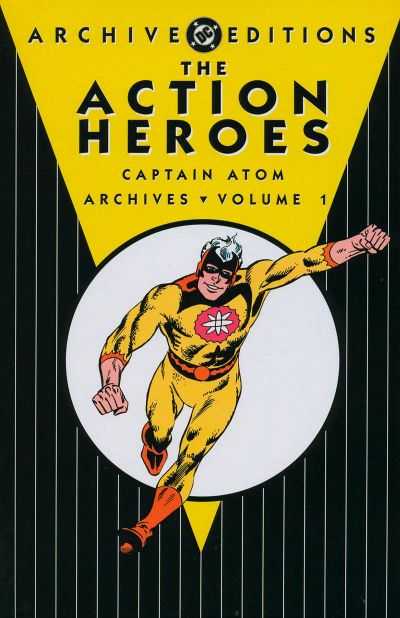 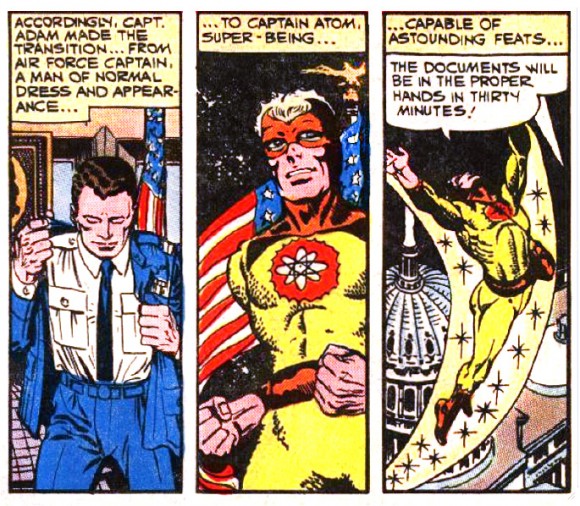 Charlton published comics for over forty years to 1985, the majority of them mediocre. Occasionally, though, a young and gifted creator would fall into their hands, or a better respected talent saw the trade of limited creative freedom for low page rates as equitable. Steve Ditko fell into both categories.

He first worked for Charlton in 1954, six years before he started producing the Captain Atom stories collected here. By that time he’d honed his delicate, expressive and decorative style over years of mystery and science-fiction material. In 1960 the idea of an atomic powered hero was optimistic and forward-thinking, and reflecting that Ditko designed a hero in bright yellow with a prominent swirling atom chest emblem leaving a trail of sparkling effects as he flies. Caught in an atomic blast, Captain Adam is transformed, and the limits of his abilities stretch with the story’s needs.

The crisp, bright reproduction is beyond anything a Charlton artist could have dreamed of. It’s as if Captain Atom himself bestowed an atomic shine. Ditko’s storytelling is exemplary even at this relatively early stage in his career, and he adapts cinema visuals such as focusing ever closer on a person. The five page stories written by Joe Gill are very much of their era, for the most part setting Captain Atom against communists or aliens, and the sheer amount of Soviet missiles he destroys would surely have bankrupted the country long before 1989. Look and admire, but keep expectations low if you decide to read anything. Ditko had drifted to Marvel before, and when Stan Lee called about Spider-Man he didn’t require much persuading.

Ditko has always been a man of principle who took almost fifty years to explain why he quit Spider-Man after 38 issues, but Captain Atom welcomed him home. In 1966 Ditko began illustrating new stories, this time extending over twenty pages, but time and extra space hadn’t improved Gill’s writing. Ditko had progressed, but the greater experience of design and storytelling is diminished by the not always compatible inking of Rocke Mastroserio, who’d also drawn a couple of the earlier Captain Atom stories, and not very well. Ditko’s designs for the pixie-like (and daft) Dr Spectro are ur-Ditko, and Nightshade in her short skirt and bizarre mask is one weird creation. The quality would take a quantum leap in Volume two.