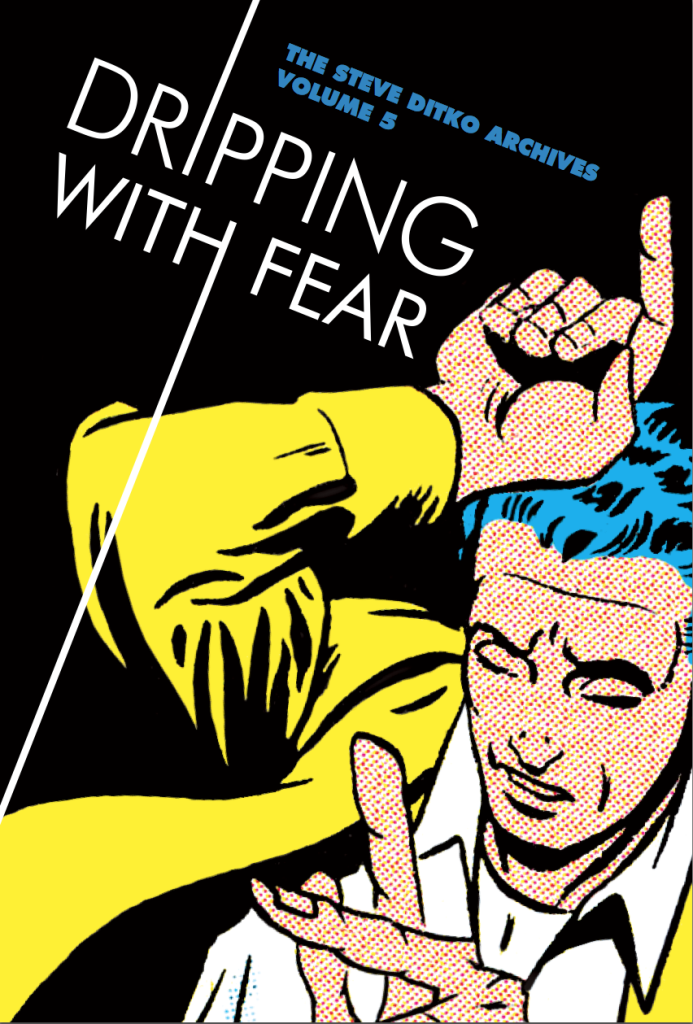 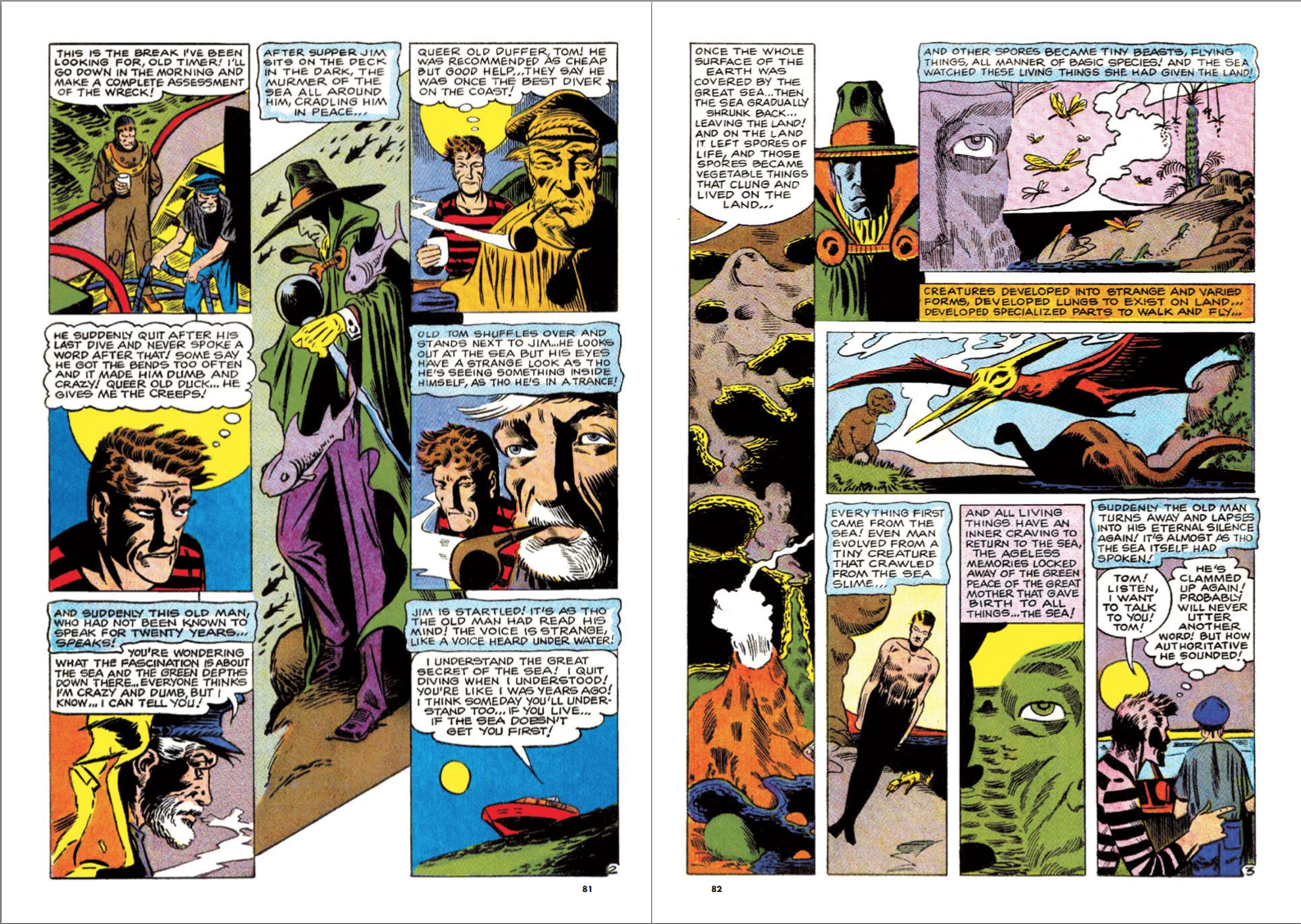 Steve Ditko is a brilliant and unique talent. At Marvel, he co-created lucrative property Spider-Man, and cult favourite Doctor Strange, and his distinctive figures and compositions were a major contributor to those characters’ appeal. His many fans will be delighted that Fantagraphics continue to collect his work in such well curated editions.

This fifth chronological collection starts in 1958, five years into his career, with Ditko still working for second division Charlton. These are the years between the Comics Code Authority’s clampdown on gory crime and horror, and the Silver Age revival of superheroes. It’s also the Cold-War/Space Race period, so amongst the usual monster and mystery stories, there’s an increasing emphasis on science fiction.

Clearly, these books are sold on the art, but the stories do hold some interest. There’s a post-Hiroshima awareness of the dangers of science and the atom, with stories involving flight from doomed planets, fear of robot uprisings, and time being wound back to let a scientist choose a less disastrous path.

There’s generally a moral, as well as a twist element. A boy firing a sling-shot at birds has an experience that may be real or imagined, but that changes him nonetheless. A leader killed in battle still manages to be there inspiring and protecting his unit. In ‘Valley of Eternity’ amoral men gather in a hidden valley, and are changed by an ancient wise man  –  pre-empting the origin of Doctor Strange.

Those familiar with Ditko’s later right wing politics may be surprised at the positive, liberal messages here: our planet can welcome refugees, and see that they’re just like us; don’t write off those who are different; even androids can feel human emotions. Many stories involve people realising their wrongs and rectifying them, or finding a way to another chance. Although signed only by Ditko, the stories are attributed (by Archives editor Blake Bell) to Joe Gill, a prolific Charlton staffer .

Most stories have some of Ditko’s visual brilliance. He revels in the apocalyptic science fiction of opener ‘Journey’s End’. In ‘Second Chance’ the significant events are all off-stage: it’s primarily a man musing on his life, but Ditko still gives us some dizzying camera angles and moody scenes.

Many of the mystery/horror stories are presented by a storyteller who sets the scene, then returns to draw moral conclusions. EC had the Crypt-Keeper et al and Charlton has Doctor Graves and The Mysterious Traveller (focus of Ditko Archives volume 3). This device inspires some fine page layouts (featured image), as Ditko draws Graves outside his narrative: surrounded by panels or as backgrounds to pages.

There’s also a rare foray into Westerns, indeed a niche sub-genre, with several stories of the stallion Black Jack. These demonstrate Ditko’s versatility – at times it has the wild, stylised motion of Alex Toth, sometimes heading for Picasso.

Are classic comics best photographed from the discoloured newsprint pages, or (as Marvel now do) recoloured in the spirit of the originals? Here they’ve opted for the former, but restored the paper colour to white, and increased the colour saturation. Given Charlton’s printing was always below par, it’s a mixed blessing. There’s plenty of contemporary Ditko pages on the internet that look far better in amateur scans.

Like any such ‘completist’ project, there’s the question: is it all essential, or even good? It’s a five-star collection of lesser work as the best was still to come. Ditko devotees will be pleased, but beginners might want to start with better, cheaper collections like Dr Strange.