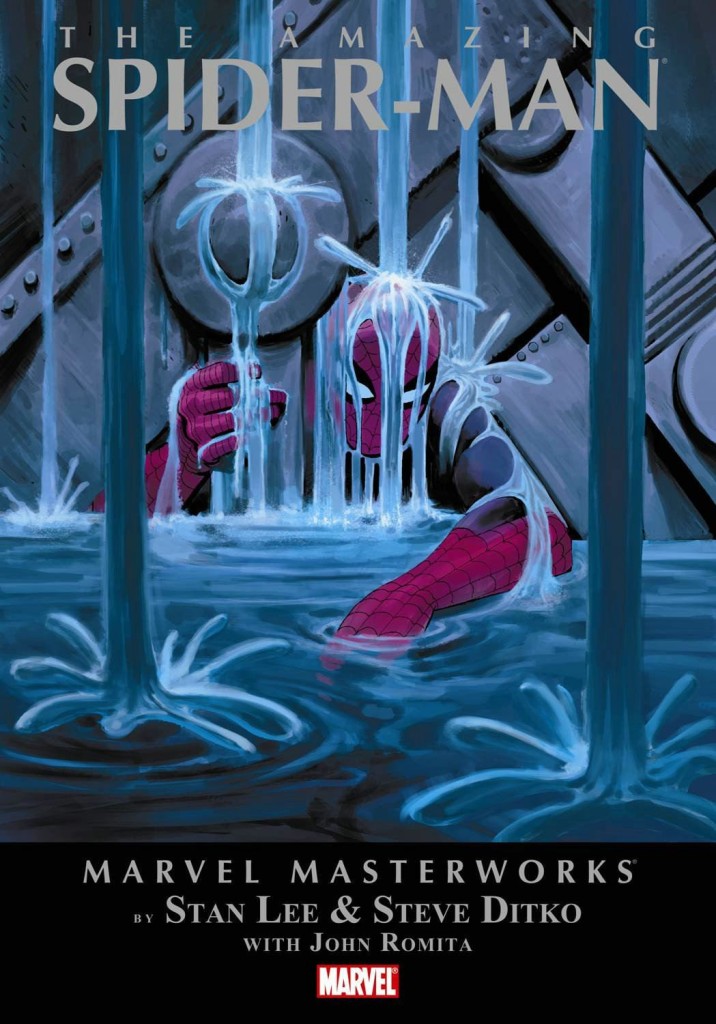 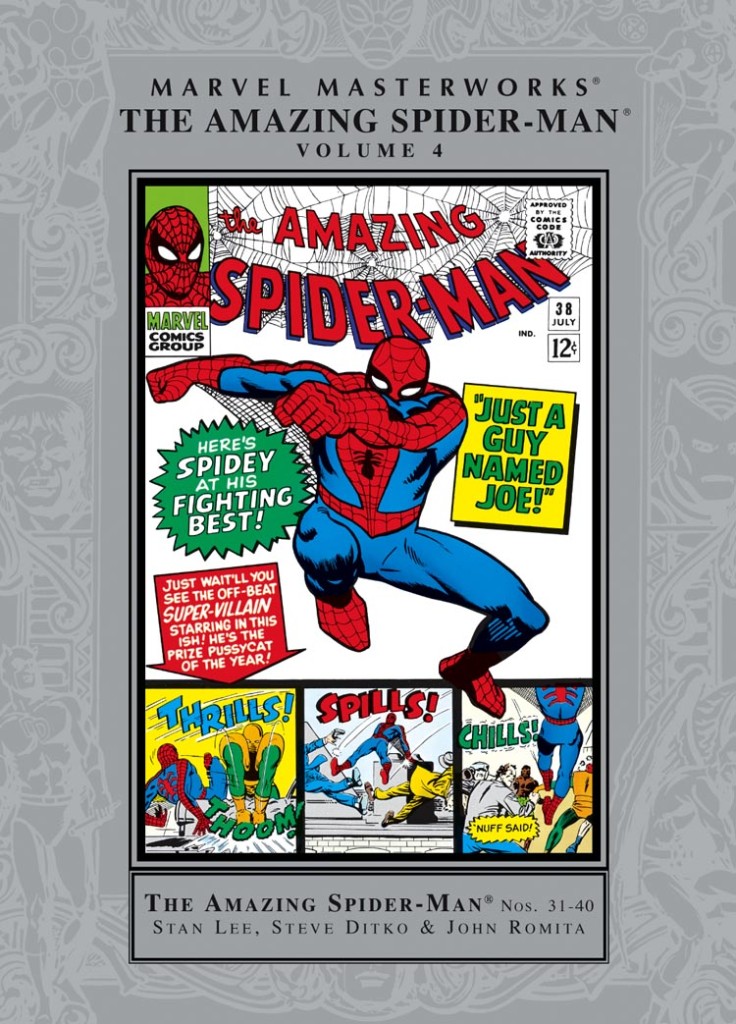 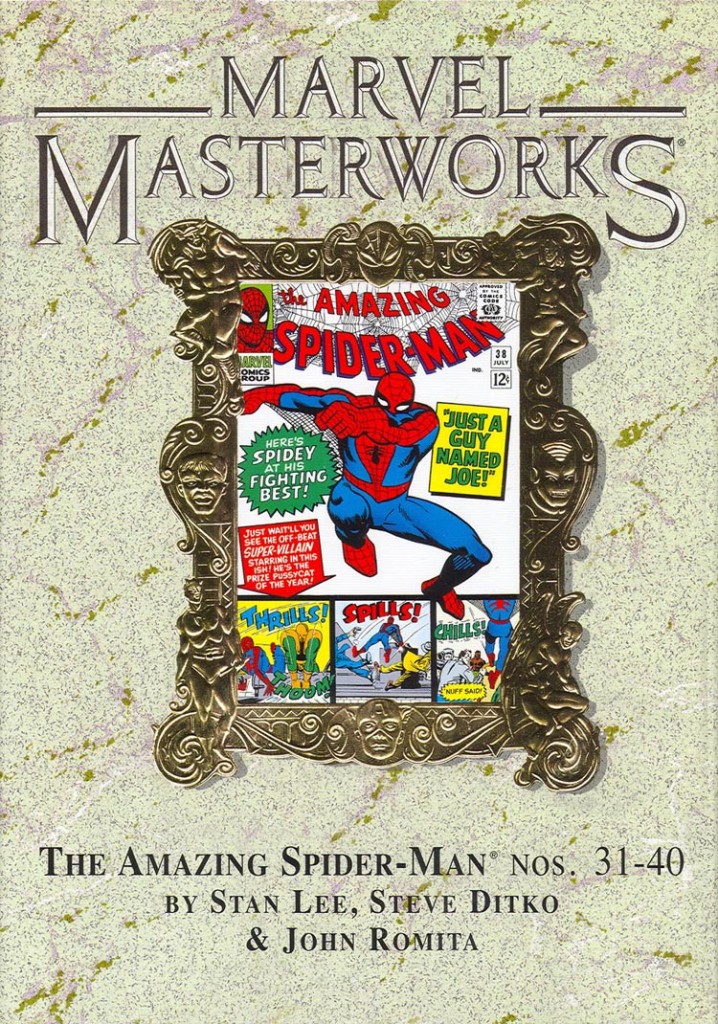 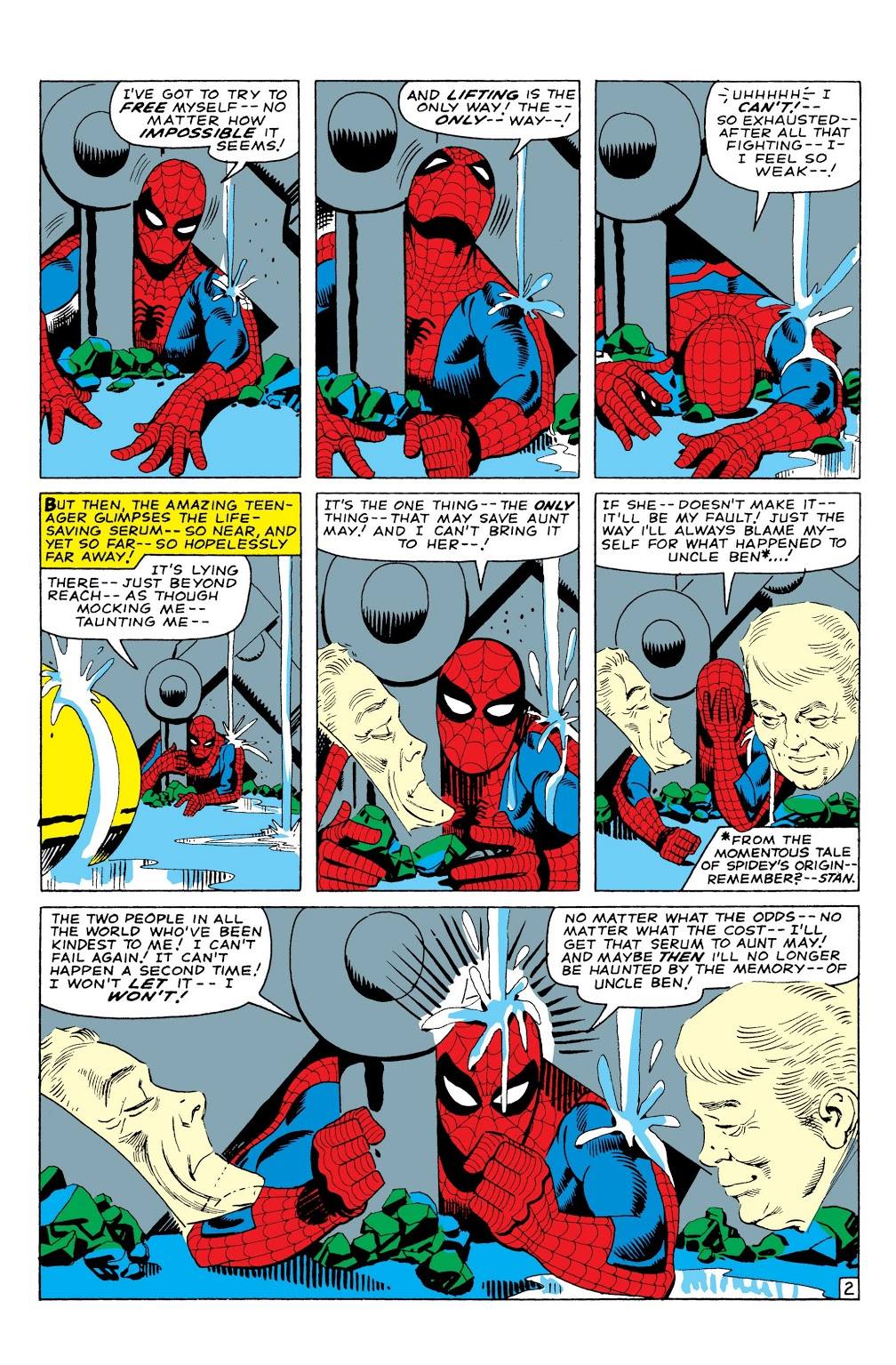 This final collection of Steve Ditko’s groundbreaking work on Spider-Man maintains a high standard throughout, with even stories featuring lesser characters who’ve not survived the test of time being decent one-offs. It also includes what most would consider his finest work on Spider-Man, the Master Planner saga.

Ditko excelled at producing tightly plotted, intriguing crime dramas that maintained their tension until the end, and over three issues reprinted here there’s one of his best. It begins with well equipped goons able to evade capture when confronted with Spider-Man, during which he learns they’re working for someone they refer to as the Master Planner. He’s unable to concentrate fully on tracking them down due to concerns about Aunt May’s health, and these play into a magnificent few pages in the concluding episode with Spider-Man seemingly trapped beneath an inordinate amount of rubble even his enhanced strength can’t shift. Ditko plotted carefully, ensuring that after Parker’s high school graduation in the previous volume, these events piled on the pressure by occurring during his first days at college. There he introduces long-term additions to the supporting cast in the form of Harry Osborn and Gwen Stacy.

It’s notable that within this story Ditko breaks from the rigidity of the six panels per page he most frequently employed, to include larger illustrations, particularly a very rare full page to end a memorable sequence. Stan Lee’s dialogue continues to mesh well with the plots. It’s somewhat bombastic and expository by today’s standards, but that shouldn’t detract from an often subtle turn of phrase and the perfect wise-cracking patter supplied to Spider-Man in action.

Sadly, these issues from 1965 and 1966 are Ditko’s final work on Spider-Man. There has long been speculation about why he quit, with Lee mentioning creative differences, particularly about the identity of the Green Goblin, which was about to be revealed. After almost five decades of silence on the matter, in 2015 Ditko wrote a two page essay for The Comics giving his reasons. Chief among them is his being offended that after disagreements Lee would no longer see him personally when he handed over pages of artwork and plot ideas.

The contrast between Ditko and his artistic successor John Romita was vast, but in Spider-Man Ditko had designed an extremely adaptable character who would survive any number of artistic interpretations over the years. The final issues reprinted here reveal the Green Goblin’s identity, in a still impressive and emotional tale that draws to a close a sub-plot that had been running for almost two years when originally printed. Romita would draw many more issues of Spider-Man than Ditko, and his version would be considered definitive by the 1970s, but none of his contributions are to stories whose reputation is maintained in the manner of Ditko’s.