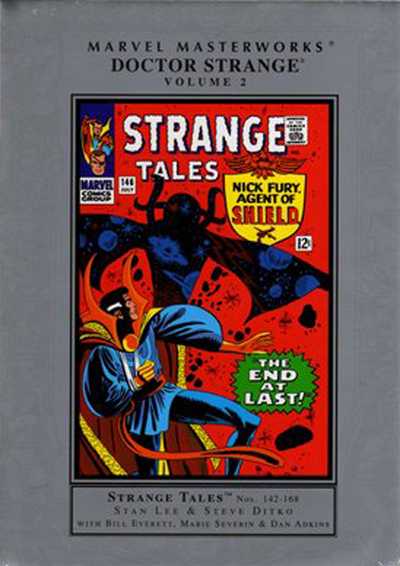 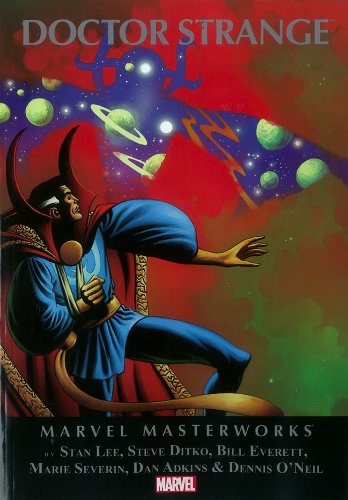 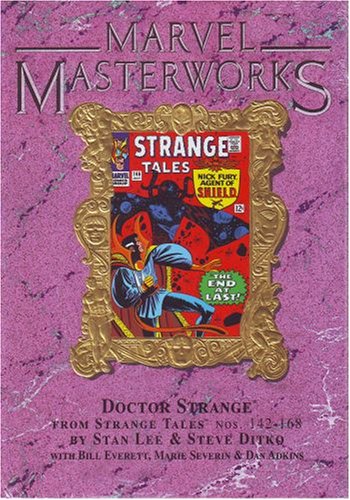 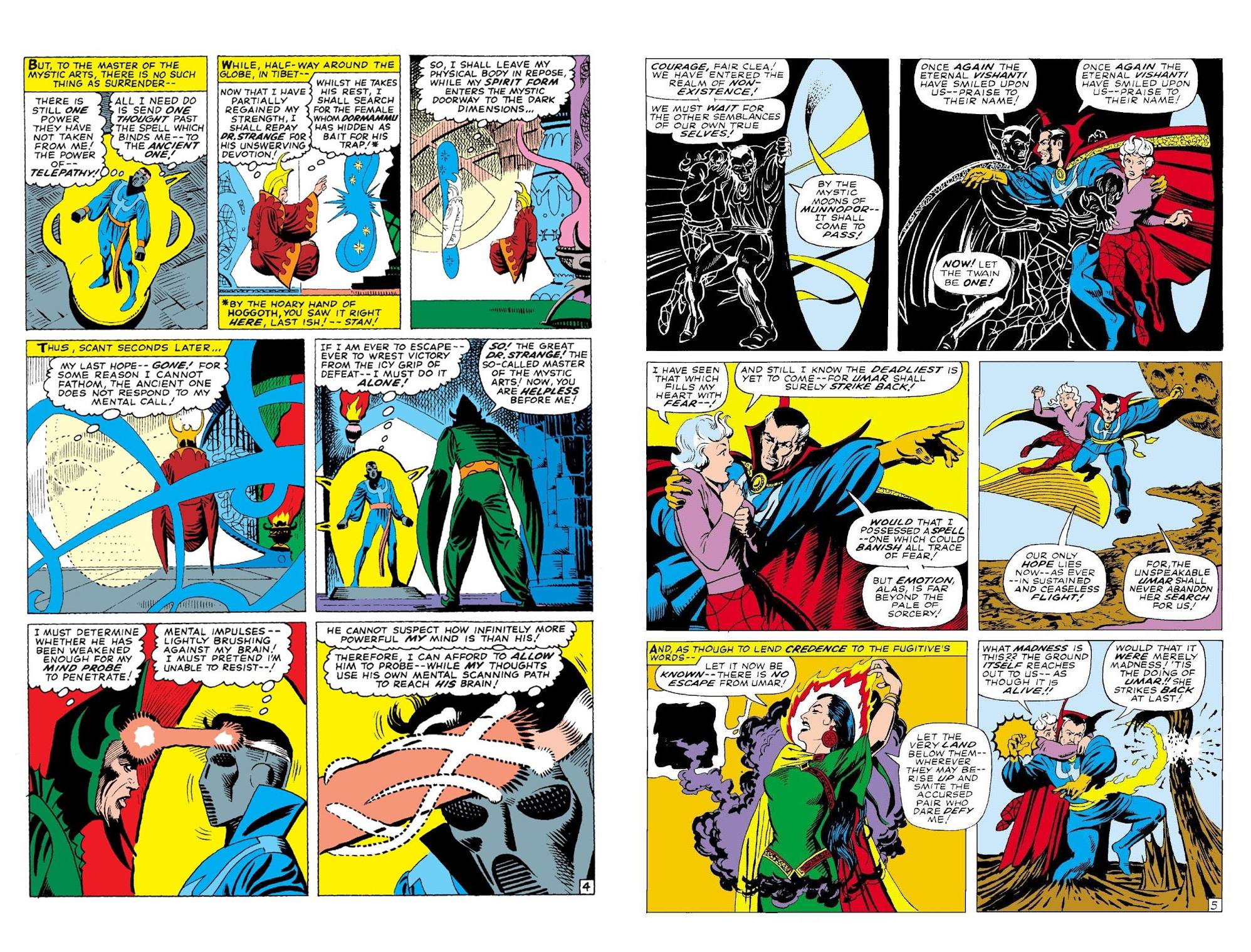 This second Doctor Strange Masterworks, begins with the final Steve Ditko issues from 1966, before a roster of ever-changing writers and artists.

The Mordo/Dormammu story arc continues into this volume. This highpoint of 1960s Marvel is arguably their first graphic novel, but ends somewhat abruptly, and unsatisfyingly on Ditko’s last story (sample left). He had reportedly been unhappy for some time, refusing to even speak to editor/scripter Stan Lee. Yet his departure appears sudden even so.

Ditko’s artwork was the main selling point – his visualisations of the magical worlds and effects were groundbreaking, so it must have been a blow to lose him, even more on Strange than the top-selling Spider-Man. The title wouldn’t approach the same heights for some years. but Lee as editor made a decent try. Replacement artist Bill Everett was a good choice, being closer to the grace and quirkiness of Ditko, than, say, the monumental action of Jack Kirby. His work here is well composed with a stylish cleanness, and the magical effects almost pass for Ditko.

The first half of the 1960s had seen Lee launch a number of successful titles. However, by 1966, when the content of this volume begins, he couldn’t sustain scripting them all. Credits jump back and forth between Lee and protegés Dennis (Denny) O’Neil, and Roy Thomas, before falling to other, now forgotten, writers.

After a redundant recap of the Dormammu story, O’Neil introduces Kaluu. He and Strange’s mentor the Ancient One were youthful friends, learning magic together, before a divergence of views brought them into conflict. It nicely mirrors the Strange/Mordo back-story. What doesn’t convince is that the recklessly ambitious Kaluu would hide in another dimension, only returning to settle old scores when his old ‘frenemy’ is in his frail dotage.

Marie Severin (sample right) then manages to sustain the Ditko look. Some of the scenes of movement are nice, although she’s the only Marvel artist to stylise figures by making them shorter! Once settled in, her depiction of some magical effects is imaginative, for example when Strange and the rescued Clea are on the Road of Repetition. They transform into a negative image, and have to jump into and merge with their other normally coloured selves.

Dan Adkins’ art is more realistic. Figures look drawn from life, rendered with depth and shade – perhaps an odd match for Doctor Strange, but he pulls it off. Even the alien creatures seem based on those to be found on Earth – a giant ant like creature, and an alien slug.

The Mordo scenario had an elegant tidiness: two well-matched adversaries with identical training but different temperaments, and each with a more powerful sponsor (The Ancient One and Dormammu, respectively). O’Neil seems to struggle with escalating levels of power. The absence of Dormammu triggers the arrival of Umar, his similarly powerful sister. To stop her they unleash the still more powerful and dangerous Zom, and it becomes like the woman who swallowed the fly.

The overall story feels a rehash of the earlier one, with the quest to rescue a woman caught up in the process, and a final  clash of two all-powerful forces – this time The Living Tribunal and Nebulos.

All things considered, the post Lee/Ditko era is better than might be expected, and it’s worth sticking with it, as the Roy Thomas and Gene Colan run starts in the next volume. The same material can also be found in Essential Doctor Strange 1, but in black and white. Prices are currently inflated on both editions, and the first Doctor Stange Omnibus started with a high price. 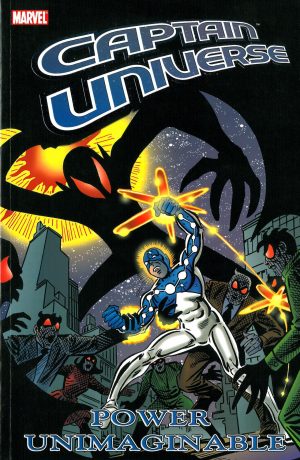