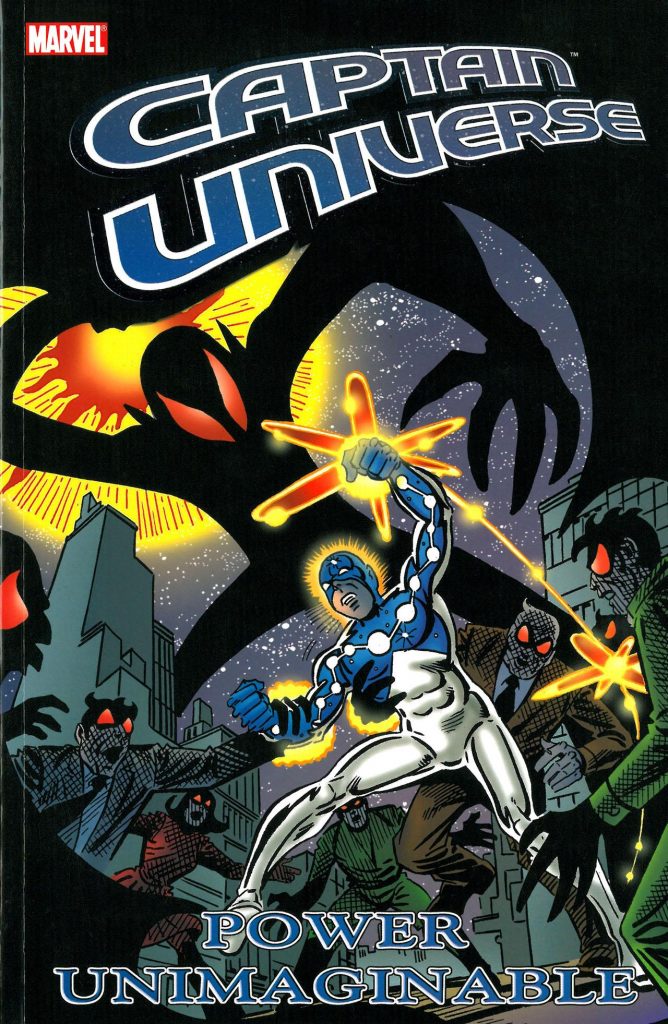 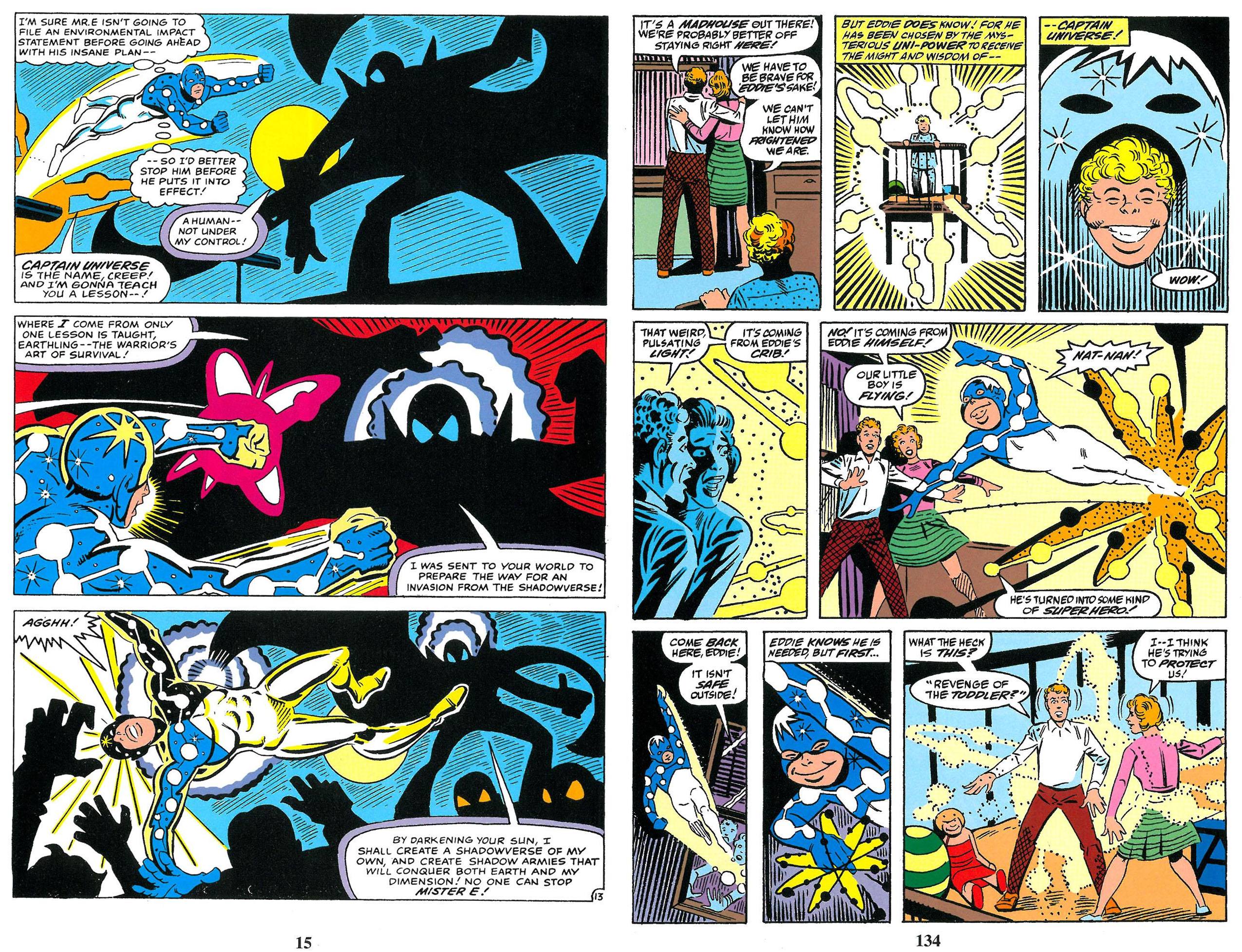 As introduced by Bill Mantlo, Captain Universe had the one great, attention-grabbing concept of almost unimaginable power being temporarily bestowed by an unknown universal force just when a human needed that power the most. All these years later that remains a novel idea. Unfortunately, Mantlo’s earliest solo stories in combination with Steve Ditko haven’t aged as well. In the first instance that’s largely down to Ditko being a master stylist whose illustrations of people are stuck in the 1950s. However, dig deeper and while Ditko’s imagination still stands up when the strangeness starts, it’s only with the choices of who becomes Captain Universe that Mantlo’s plots show an originality. Not many African Americans featured in Marvel comics during the 1970s, giving a child the power is interesting, and so is splitting it between twin sisters. That’s as far as it goes, though, as the plot surprises are predictable, and the stories of their time. Looking on the bright side, the half white costume is cleaned before being passed on to the next recipient.

In this collection that’s Bruce Banner, more normally the Hulk, another good twist. Mantlo pits him against his alter-ego in tale of Cold War paranoia, but Rick Leonardi either drew the pages in a hurry or wasn’t very inspired, as he’s been far better on other projects. That’s followed by Mantlo’s best story, where conscientious, but put upon high school student Delayne Masters has a life-changing experience, elegantly drawn by June Brigman.

Delayne stars in the first of several short stories closing the collection, the neatest idea being Tony Isabella pre-empting The Incredibles by a few decades by having a baby granted Captain Universe’s power in one of several of those shorts drawn by Ditko (sample art). Dan Slott and Bill Wiley’s contribution dates from 1994, so is possibly a tryout for both. It’s neatly drawn, and the humanity shines through. All material until Eric Fein and Neil Errar’s final story is pitched at younger audience, but theirs is far darker, beginning with a schizophrenic about to commit suicide, drawn by Errar with the full on EC horror effect. This seems another tryout, and Errar’s only comic work before he moved into concept and storyboard illustration. There are a lot of rough edges, but the raw talent is there. Fein isn’t as impressive, and seems to contradict the way Captain Universe’s powers have been shown to work earlier in the collection.

While acknowledging that Ditko’s civilian scenes are very dated, his imagination flourishes when Captain Universe features. He has a storyteller’s instinct and his neatly designed effects grab the attention, so with well over half the collection his work, this may be a book Ditko’s fans have overlooked. Unfortunately, there’s little else to recommend Power Unimaginable.