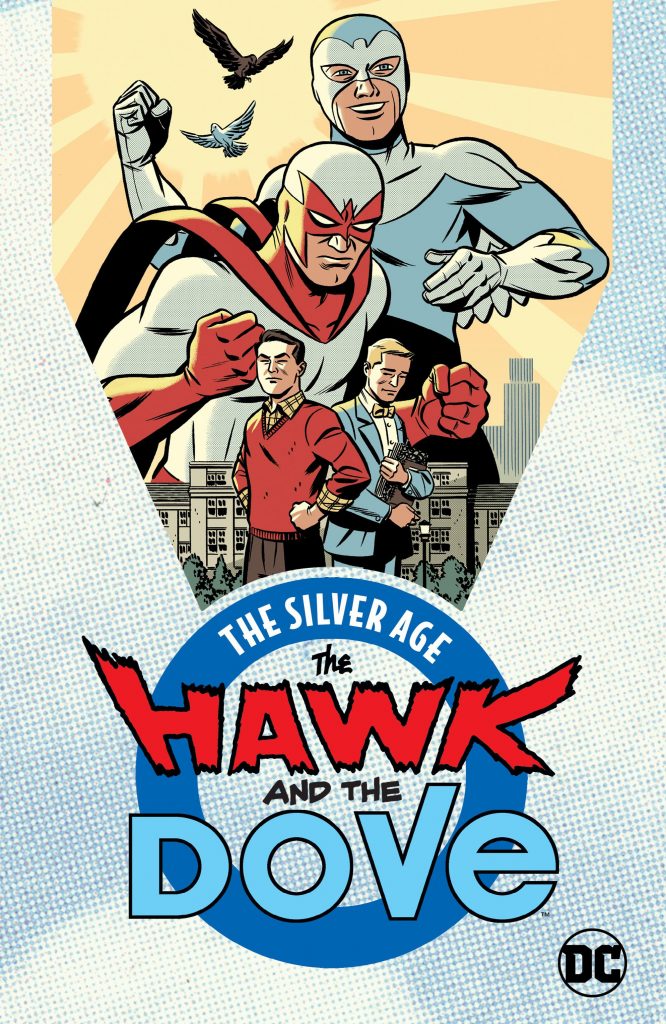 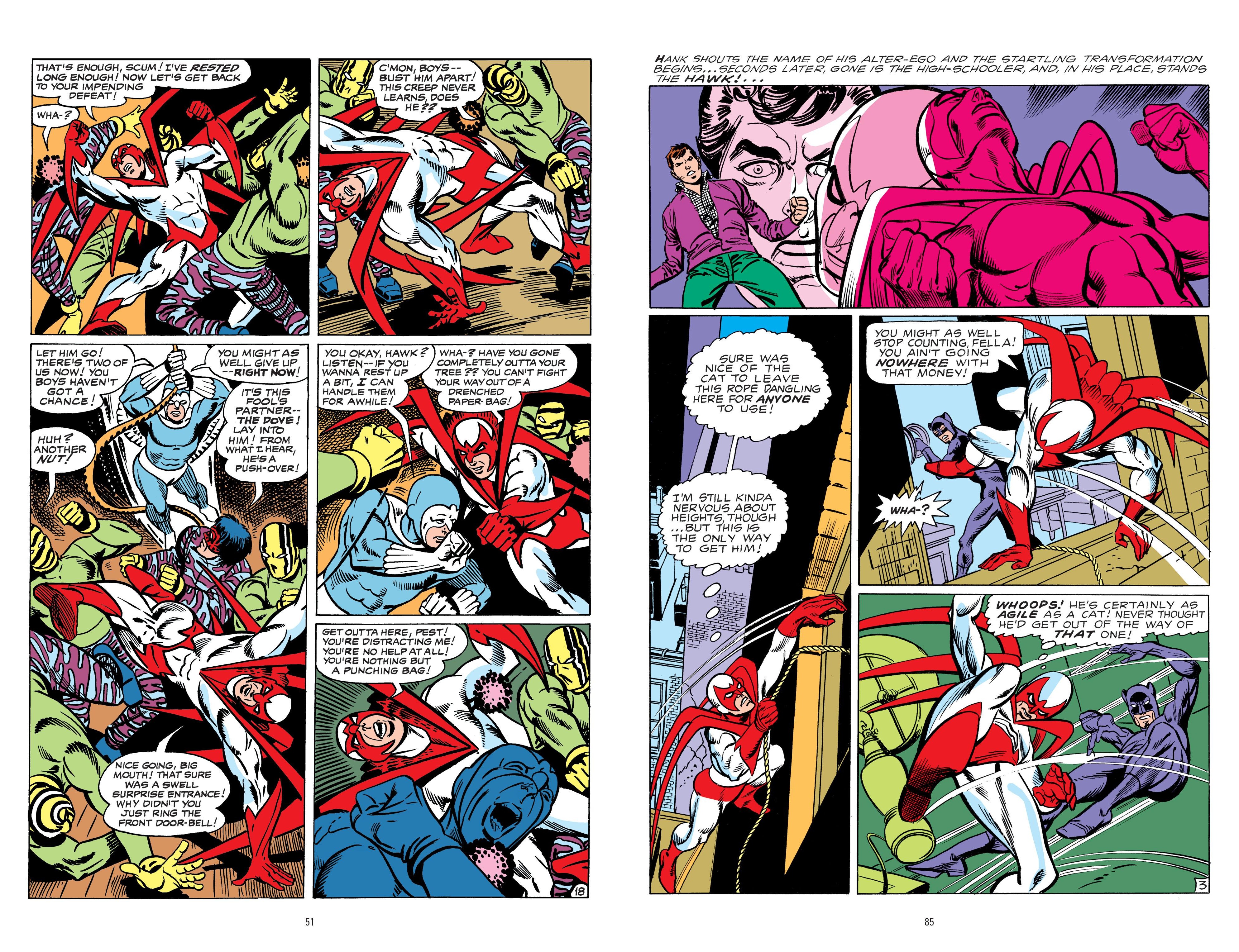 It seems incredible that it took DC until 2018 to issue a collection of this short run series started by one of comics’ greatest stylists and continued by another. Having departed Marvel on principle in 1966, Ditko worked briefly for Charlton (see the Action Heroes Archives), and on his own extreme Mr. A character, but his creative stock was still high when he signed with DC in 1968. The Hawk and the Dove was one two features he created, both feeding his desire for political discussion in an era when his views were moving further and further from those of younger voters.

High school kids Hank and Don Hall are brothers, but in every other respect couldn’t be more different. The feature’s opening panel shows them on opposite sides of two demonstrations concerning the Vietnam War. He may have maintained political interest, but Ditko’s fashion sense was well behind the times, so the more liberal Don wears a bow tie and school blazer, while the angry Hank is in a Harrington jacket and open-necked shirt while espousing only force can make people see sense. In a clever touch, the boys’ father is a judge, Ditko’s stand-in, preaching that it’s not enough to repeat slogans, opinions must be justified. Given powers in a desperate situation, each brother views them differently, Hank as Hawk aggressive and violent with Don as Dove avoiding direct action wherever possible, but not the coward his brother would paint him.

Bickering heroes have become commonplace, but in 1968 what qualified as disagreement was the bantering between the Thing and the Human Torch, so to have the Hawk and the Dove constantly at each other’s throats was strong stuff. Ditko plots convincing crime dramas to accommodate the ideological arguments, with Dove’s conscience driven, anti-violence dilemmas novel and Steve Skeates’ scripting could almost be Ditko’s own.

Unfortunately for reasons unknown Ditko quit DC after completing three stories, and despite Gil Kane’s art being wonderful, Skeates handling the writing solo pulls back the ethical debates considerably, and that dulls the series. More space is given to the superhero action, and Skeates no longer bothers about Dove’s ethical issues regarding violence, having him jump in where necessary, while Hank is more reactionary and less considered. Kane’s first effort at writing and illustrating his own story is stronger, providing a tension about a debt that Hank and Don’s father needs to repay, and the possible ethical consequences of that. It’s a taut little crime drama. After an interval with the Teen Titans, Kane’s second solo story lacks the finesse of his first, repeating themes from previous stories with diminishing returns.

Involving Hawk and Dove with the Teen Titans has little to recommend it beyond some superb Neal Adams art, Nick Cardy inking the pencils providing a refinement. Adams the writer is altogether more average, and his version of Hawk downright sleazy.

Despite the quality of the art, the really interesting Hawk and Dove amounts to three out of eight stories, those involving Ditko. The ideological tension interested him, and that still resonates. Without it what’s left is two not very interesting superheroes, and some great art.