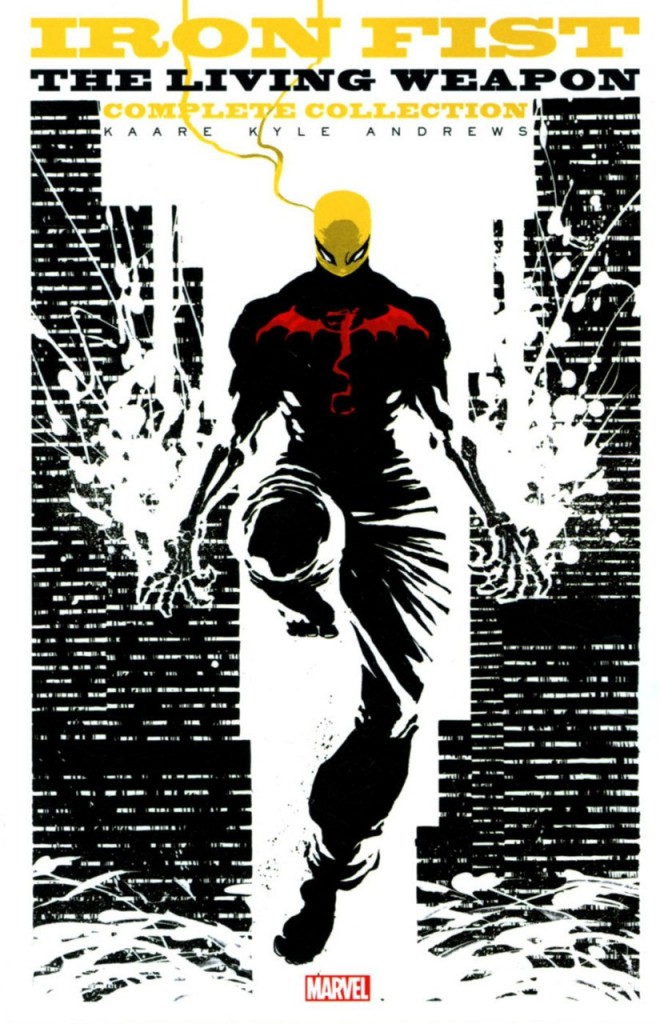 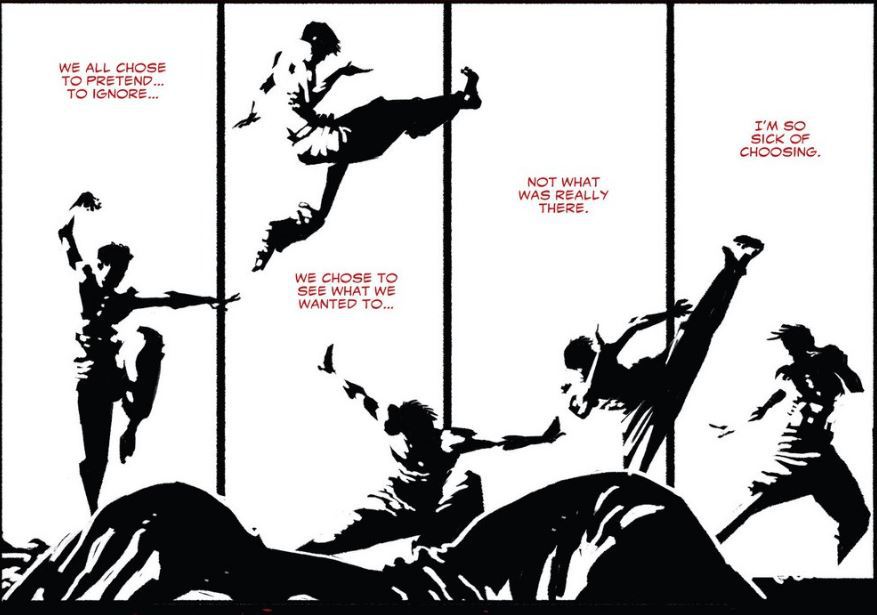 There are good Iron Fist stories out there, some even brilliant, but few have the visual beauty, cinematic scope or artistic perfection of Kaare Andrews’ run on Iron Fist, the Living Weapon. It is the television show we want, the blockbuster film we crave: visceral, funny, sexy, honest, intelligent and packed with awesome high flying martial arts action from duels to mass brawls. It covers familiar Iron Fist terrain in many ways, Andrews even using concepts from Matt Fraction’s and Ed Brubaker’s The Immortal Iron Fist yet wrapped in his own ideas to make this truly stand out.

Orphaned during a family expedition to the Himalayan mountains to find the mystical city of K’un Lun,  a young Danny Rand is found by monks of the said city then trained in martial arts, eventually plunging his fists into the molten heart of the dragon Shou Lao to become the city’s protector the Iron Fist. Offered the chance to stay and have immortality, Danny rejects it in exchange for vengeance on the man responsible for his parents’ deaths. Years later Danny has lost his way, living in his ivory tower of privilege and superhero status, yet drowning in his pain. An interview with journalist Brenda Swanson allows Danny to open up for the first time, things turning intimate only to be interrupted by an army of undead ninjas and the arrival of a young girl named Pei urgently calling him back to K’un Lun. Danny’s polarised worlds begin to collide once more as he battles the mysterious yet strangely familiar antagonist The One and his armies, though his greatest enemy remains himself.

Andrews flits effortlessly from style to style over flashbacks using pop-art, traditional frame settings, manga, hyper-realism, collages, cartooning and plenty of contrasting colours, that while simply employed, are outstanding.  His genius lies in using illustrations to tell the story as much as his written narrative. It’s one of the best looking and entertaining superhero stories Marvel has produced in a long time. Action sequences are spectacular, so immersive you’re in the thick of the fray. Scenes between Danny and Brenda are both emotionally tender and crackling with so much sexual tension you feel you are intruding. Flashbacks capture Danny’s pain and the humour in childhood mischief, while the struggle with his personal demons throughout the book is thoroughly believable. It has all the flair of the elegant Crouching Tiger, Hidden Dragon mixed with the fun zaniness of Big Trouble in Little China, the manga style presenting some superb comedy moments. Is Andrews’ work perfect? No, but those very small reservations are covered in the individual reviews for the Rage and Redemption, both collected here in this deluxe hardcover. This is a cracking story that celebrates the best and parodies the worst in martial arts epics, easily read again and again with the same level of enjoyment.

Iron Fist, the Living Weapon is everything in one great package – origin story, romance, revenge film, kung fu extravaganza, laugh-out loud comedy, social commentary and political satire. It has it all! This is the bar set high for any Iron Fist project in any visual format and good luck to the creator trying to follow this up. Go on Marvel, give Mr Andrews another run!