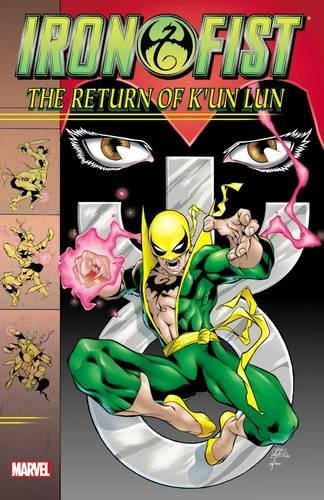 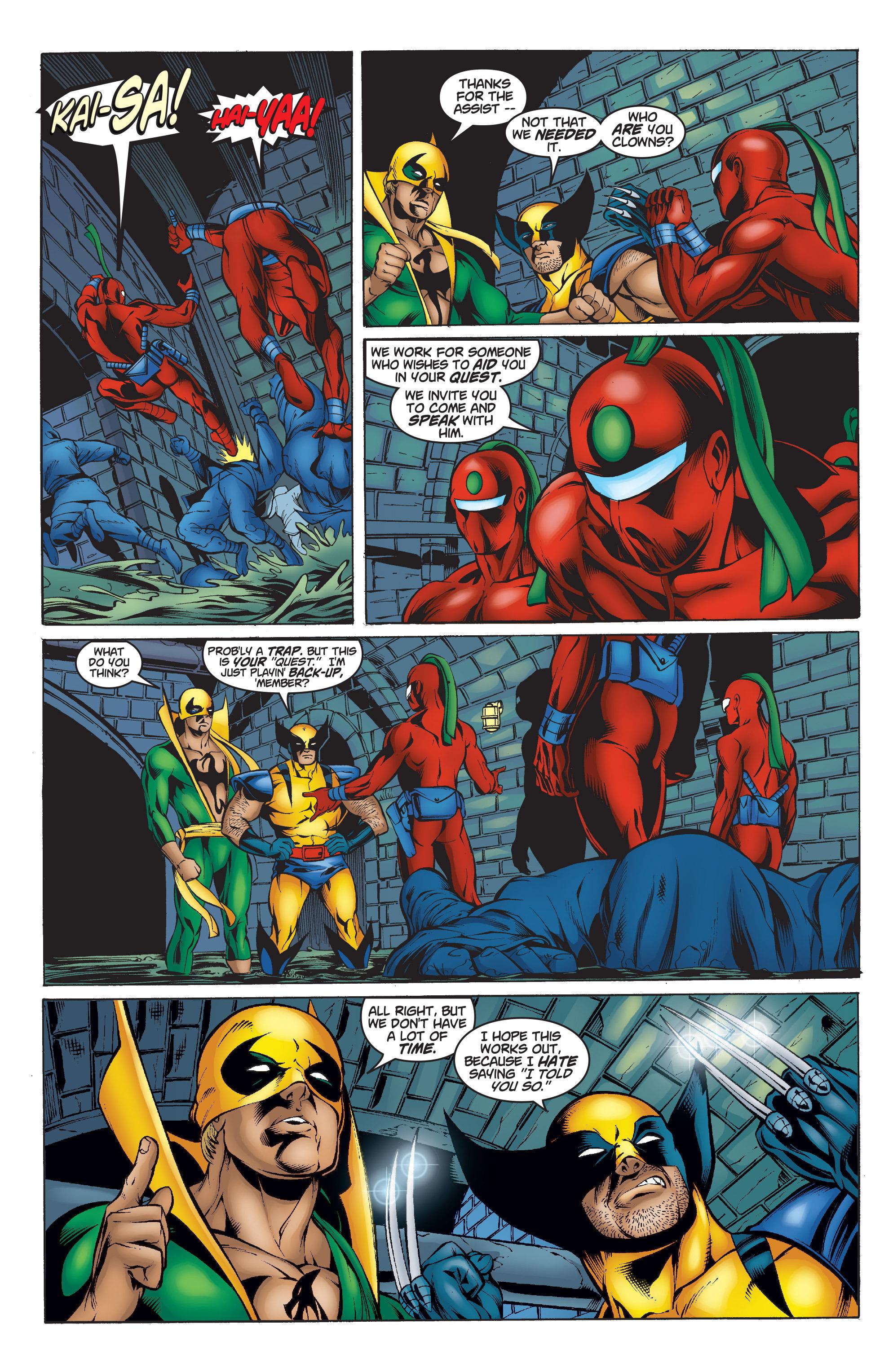 Iron Fist was introduced at the height of 1970s obsession with martial arts, but when this proved a passing fad he was rebranded as a superhero, and lasted until the mid-1980s paired with Luke Cage. Twenty years after his introduction the man with a fist “like unto a thing of iron” had come full circle. While never attaining 1970s heights, by the mid-1990s the backdrop of martial arts and mystical hidden cities was no longer something to be brushed under the carpet. However, neither was it enough to return Iron Fist to headline status. The Return of K’un Lun gathers four stories published between 1996 and 2004 along with some associated shorts.

The two part 1996 story is horrible. When not expository, James Felder’s dialogue is the worst kind of cliché; “Quiet. You prattle as an ignorant peasant. Now let us see if this western devil will eat bullets and grin.” Felder’s plot matches the quality of his dialogue, simple enough to have been created by a child playing with action figures.Robert Brown’s art is a miasma of superfluous lines, distorted figures and pin-up pages. Within this, though, is an artist striving to get out. He provides decorative page borders, and the talent beneath the style is visible. Next.

Jackson Guice and Scott Koblish opt for more traditional storytelling on the three part follow-up, in which Dan Jurgens picks up on a dangling  plot from the 1970s material. He introduces a possible element of deceit early, and cleverly strings that through the entire story, which involves Iron Fist having to obtain a well protected Marvel maguffin called the Scorpio Key. It’s diverting enough, but nothing requiring a permanent place on the bookshelf, yet by default the strongest material of a poor collection. Next.

A team-up with Wolverine over four chapters provides the collection’s title. Jay Faerber and Jamal Igle (sample art) deal with Iron Fist relying on martial arts prowess alone as he and Wolverine attempt to prevent the new head of ninja clan The Hand manifesting the mystical city of K’un Lun within the boundaries of Tokyo. There’s the germ of a good idea,  but it’s perpetuated too long, by plenty of guest stars playing significant roles among other methods. There’s also rather a cheap ending. Igle’s talented, but not quite there yet, and his Iron Man is very strange. Next.

Kevin Lau’s art is poor when mixing normally drawn people with manga figures featuring massive eyes. He makes it seem as if only Iron Fist and whoever he’s talking to live in the world, his perspective is sometimes faulty, and Rick Mays produces a better version of Lau’s style for the penultimate chapter. James Mullaney’s accompanying plot lacks a credible Iron Fist. After all he’s seen we’re expected to believe a tragedy would prompt retirement, and that he’d aggressively fob off a teenage girl asking for help. The plot takes forever to coalesce and isn’t worth six chapters. Next.

Len Wein ought to have a handle on Iron Fist’s origin as he scripted half of it over Roy Thomas’ plot, but his retelling is perfunctory, and M.C. Wyman’s art a long distance from the elegance of Gil Kane’s original version.

Reading this collection from cover to cover supplies an impression of Iron Fist and his milieu as redundant at best and worthless at worst. Thankfully Ed Brubaker, Matt Fraction and David Aja were around the corner to disprove that, so take a look at their work rather than this $35 exercise in filling pages.