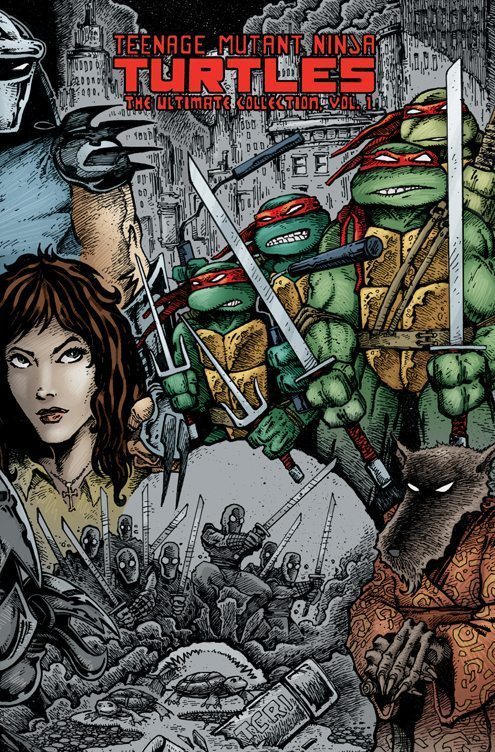 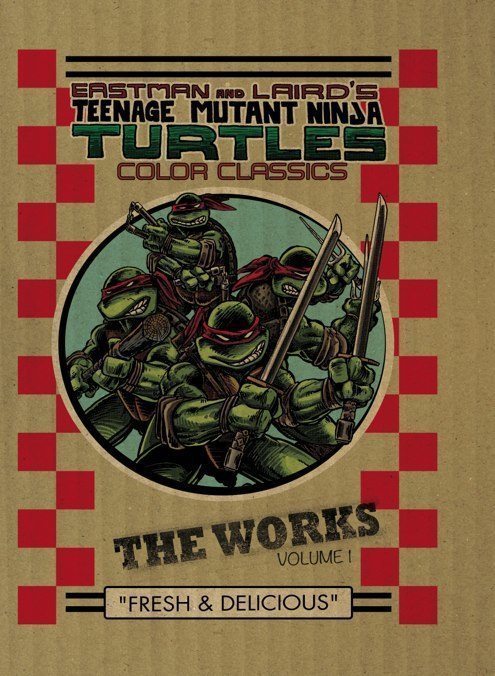 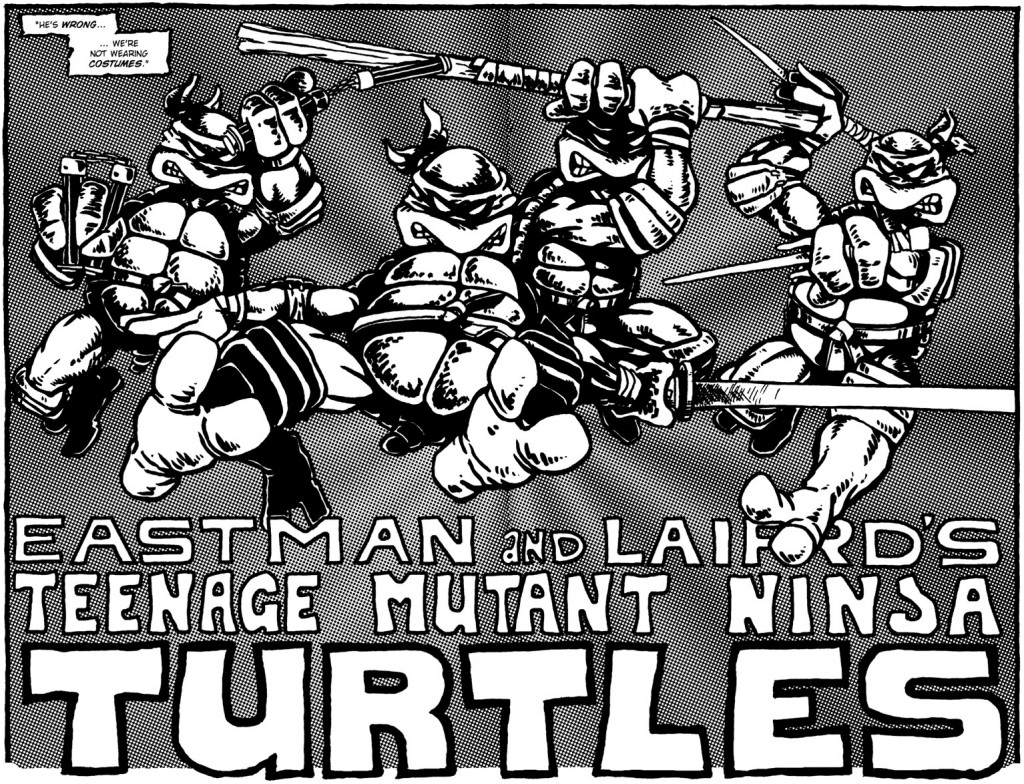 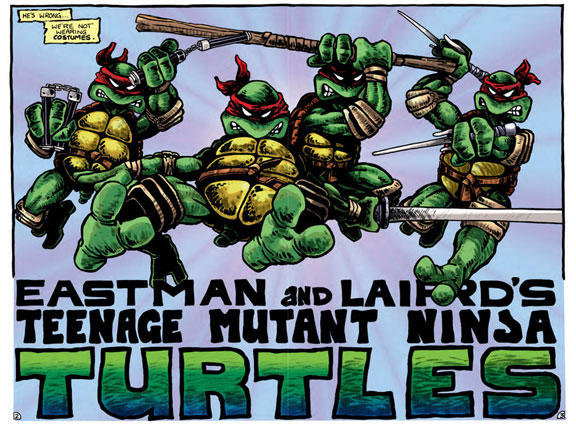 Love them or hate them, you can’t deny that the Teenage Mutant Ninja Turtles are a pop-culture phenomena, exploding from obscurity into a multi-million dollar franchise. Every decade has seen a TMNT revival since their rather humble inception in the fledgling Mirage Studios of co-founders and young struggling cartoonists Kevin Eastman and Peter Laird in 1984. When Nickelodeon purchased the property, publishers IDW had the foresight to acquire the rights to print and create all new stories, but also republish Mirage Studio’s TMNT stories in its original black and white format as The Ultimate Black & White Collection. The identical material is also available in colour as Colour Classics, digitally enhanced into the oversize The Works. Since it’s the same material in each corresponding volume, it’s expedient to review both simultaneously.

When Eastman and Laird conceived the idea of four mutated turtles trained in the ways of the ninja by an elderly mutated rat, a number of influences that are still clearly visible: Miller and Janson’s Daredevil run, martial arts movies and the gritty underground comix scene are all evident in the script and artwork. The towering New York skyline and aerial combat is Miller-esque, a combination of simple and detailed, but far from as stylish. The Turtles’ origins have altered slightly with every new incarnation but the original concept closely mimicked Miller’s Daredevil origins, placing Splinter and the Turtles at the scene of Matt Murdock’s accident and affected by the same substance. Superhero homage mutates into a martial arts epic, Splinter asking his students to avenge his master and former owner Yoshi’s death by the man who now calls himself  The Shredder. A rooftop encounter with the Shredder and his ninja The Foot Clan (a pastiche of DD’s The Hand) moves on fairly quickly to introduce elements used in the 1987 animated series and ensuing films with slight differences.

April O’Neil is introduced as the lab tech for Dr Baxter Stockman who has created the Mouser robots with the intent of secretly holding New York to ransom. When Stockman sets the Mousers on April, the Turtles rescue her, inadvertently discovering an alien conspiracy before being warped into space. Here they meet Dr Honeycutt/Fugitoid, helping him escape the grasp of the warlike dinosaur alien race the Triceratons, superhero spoof martial arts epic transforming into a space opera as explosion after explosion fills the page. Compared to its other incarnations, this is far edgier and more violent than the 1980s TV show it spawned, the protagonists maiming and killing their enemies. Bodies are pierced, limbs severed, skulls crushed, assailants maimed. The art is rough, Eastman’s and Laird’s styles often clashing in the shared artwork and dialogue. At this point the Turtles are distinguishable only by their weapons, in these early outings all four wearing red masks. Some places shine, the rooftop battle with Shredder, especially with the art tidied, awkward and confusing elsewhere but with a definite and noticeable progression taking place.

The stories aren’t great, ideas still taking shape with better stories from the creators and others coming later, but the presentation of the volumes in either format is pretty damn impressive- The Works shaped like a vibrantly coloured pizza box, The Ultimate nicely bound with digitally cleaned artwork for improved reading. Both look fantastic.

The crew faces some new challenges as old foes return in The Ultimate Collection/The Works Volume 2. 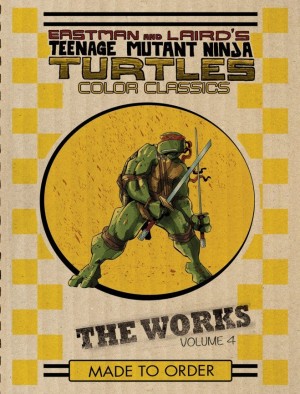 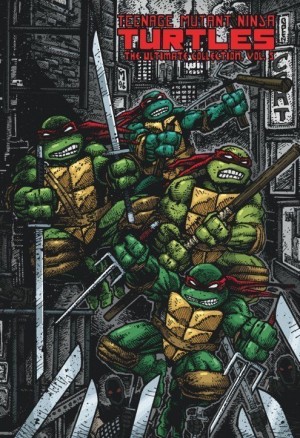