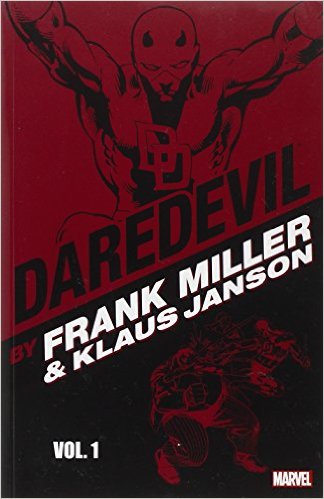 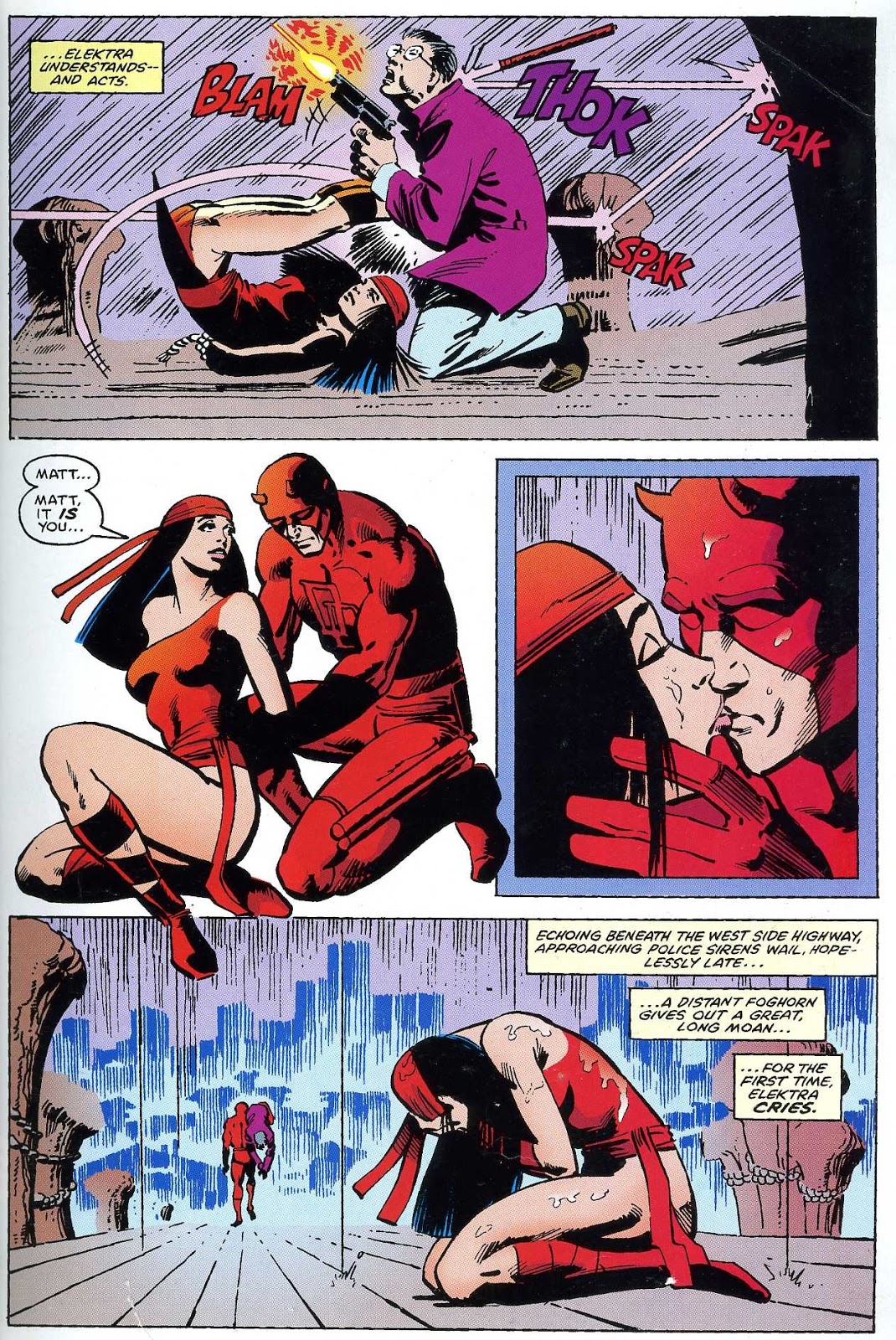 Frank Miller and Klaus Janson are considered one of Marvel’s legendary partnerships for their work on Daredevil between 1979 and 1983. Janson was already inking the title when Miller began pencilling, and the pair’s gradual progress into a unit that made Daredevil a top-selling title is archived within these pages. While some of this material is already collected in Daredevil Visionaries: Frank Miller Volume 1, this varies slightly by gathering a greater number of issues, starting with their work under writer Roger McKenzie, and running to a time when Miller wrote and pencilled with Janson inking.

There’s also the bonus of Spectacular Spider-Man issues featuring Daredevil and pencilled by Miller. Here Daredevil mentors a Spider-Man whose sight has been severely affected, helping him defeat his enemies and teaching him to move past his limitations.

Miller’s Daredevil début is ‘A Grave Mistake’, where Matt Murdock is kidnapped by the Unholy Three for Death-Stalker. Black Widow was a regular at this point, but phased out with the next ‘Marked for Murder’. This features Bullseye determined to exact revenge on Daredevil by kidnapping the Widow. Over McKenzie’s run there was no over-arching plot thread beyonf a focus on the supporting characters present in Matt’s personal life. Among others, there are lover Heather Glenn and their fraught relationship, and Foggy Nelson’s wedding to Debbie, who later just faded out. The writing isn’t bad, but is the typical style of the time. There are also frequent cameos by other Marvel heroes.

The standouts by McKenzie are ‘Marked for Murder’ and ‘Expose’ in which reporter Ben Urich discovers a long hidden secret, both largely working due to the storytelling. Miller and Janson beginning to really develop here, their increasing ability to create an atmospheric story already evident.

David Michelinie wrote ‘The Mauler’ after McKenzie left the title, instantly grafting a seedier, hard-boiled edge as Daredevil begins to see the limits of the law. It protects businessmen who work on shady government projects, allowing them to take advantage of clerical errors to avoid paying pensions to faithful employees.

The best material comes when Miller takes over the writing as well toward the end of the book. The style becomes simpler, cleaner  and he uses long frames to accentuate aerial views. Black often featured as a background under McKenzie with splashes of colour to break it, but now it is used in the foreground as a frame for beautiful aerial shots of New York. Gone are the cluttered backgrounds that were the norm to create character-centric narratives uncomplicated by excessive detail. The more spartan use of dialogue allows facial detail to tell the story, rather than overly-long dialogue bubbles cramping a frame.

Elektra appears as a ninja bounty hunter/assassin, and Matt’s first true love from college. The Kingpin has retired from crime to Japan, but when his wife Vanessa is kidnapped he returns to New York. Bullseye also escapes prison, haunted by hallucinations that fuel his need for revenge. As all the the plots weave together for an explosive ending, these characters become forever enshrined in Daredevil lore. Daredevil himself has to think about the actions he takes as a hero, beginning to see they can have painful consequences. The stories begin to buzz with energy, Miller’s writing catapulting Daredevil from a bi-monthly to monthly publication after just three issues.

The further escapades of Daredevil by these ground-breaking artists are found in Daredevil by Frank Miller & Klaus Janson Volume 2, Volume 3 and an Omnibus edition.