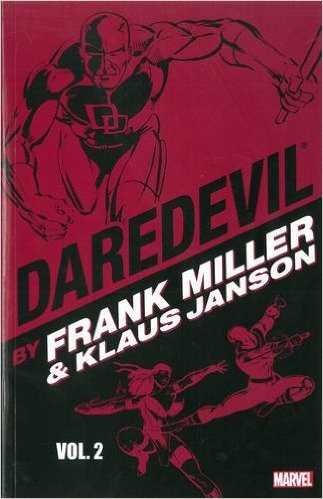 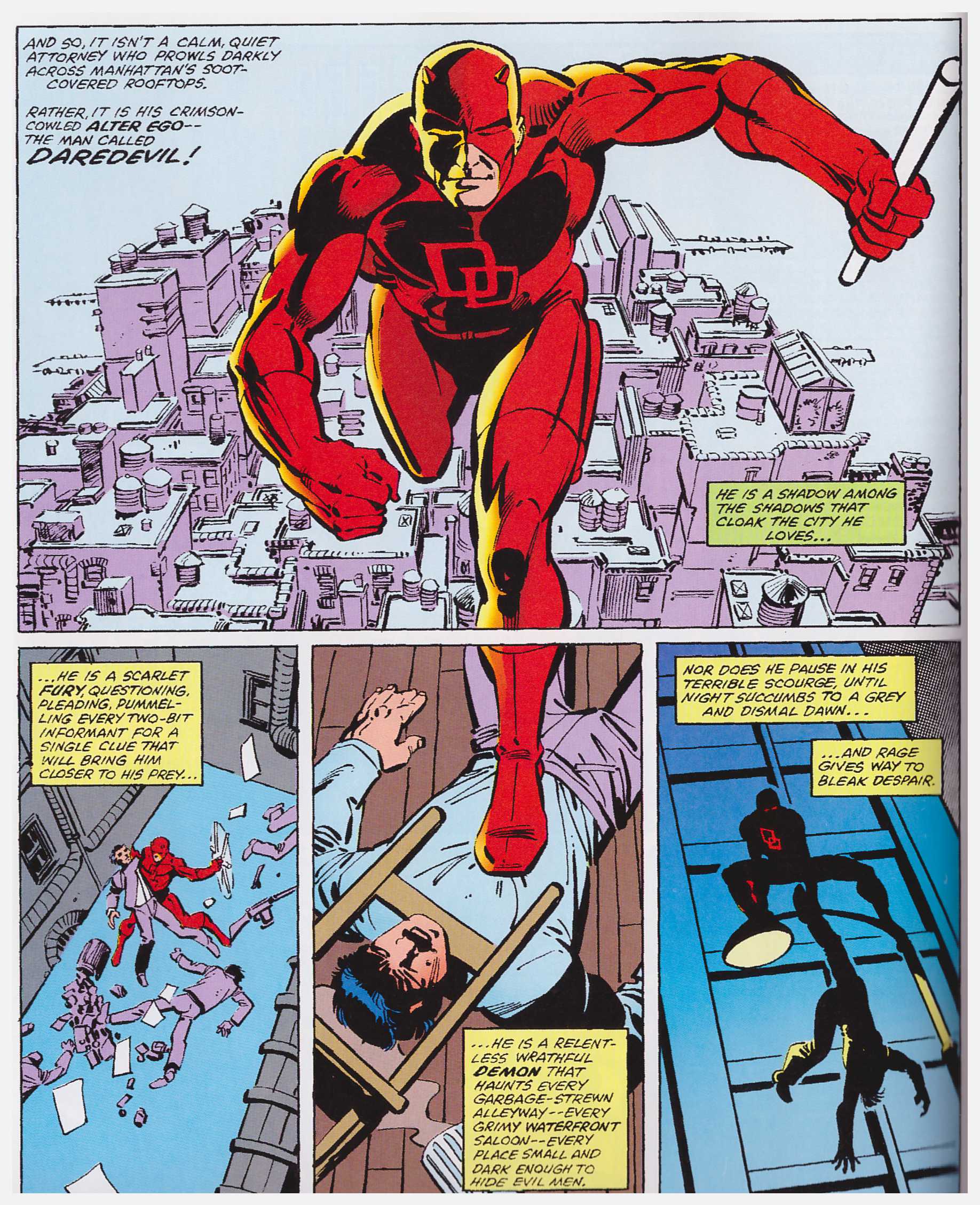 Volume 2 of Frank Miller’s groundbreaking Daredevil sees him plumbing the depths of the human psyche to examines a far more realistic depiction of the superhero life. If Daredevil is up all night chasing down bad guys, how is that going to affect his work as lawyer Matt Murdock? How will the horrors he faces everyday begin to affect his personal relationships? This had been referenced in earlier stories, but it’s inspected on a intimate level here. Standing up to fight injustice is a noble enough cause, but Miller got under the skin of his characters to explore what was really going on. They became more super, yet the hero part was held up against the shadows of their humanity. This collects some of the most iconic stories of the Miller and Janson era with a far more relatable Daredevil. The moral questions he struggles with as he faces Elektra, Bullseye, the Hand and Wilson Fisk’s crime syndicate mirror those of most human beings. Grief, anger, and self-doubt are all vividly displayed, increasingly helped by Janson taking on more and more of the artwork.

On the surface the stories appear typical of their 1980s era, but reading them casts a spell, whether for the first time or the seventh. Shadowy ninjas the Hand are hunting Matt and former foe turned client Melvin Potter (the Gladiator), set against the simmering tension of broken hearts and unrequited love between Daredevil and Elektra. Bullseye’s obsession with eliminating Daredevil, leads to his resulting battle with Elektra to become Kingpin’s chief assassin in an iconic story, and the eventual shocking conclusion of a showdown with a grief-stricken Daredevil is compellingly written and so beautifully stylised even now. The Kingpin’s vulnerabilities and humanity are juxtaposed against a Daredevil stepping further into the shadows of his soul, driven by grief and an obsession with toppling Kingpin from power. Drama is wrung from other characters like Foggy worried about Matt, and secretary Becky facing up to events that put her in a wheelchair. Even cameo appearances from Punisher enhance the story, but never spoil it or seem out of place.

‘Child’s Play’, originally unpublished when deemed inappropriate by the Comics Code Authority, dates from Roger McKenzie’s period writing Daredevil, their offence laughable when compared to what Miller was scripting just a year later. Miller and Janson shared the art to create a gritty story for its time that looked at drug use among adolescents, maximum force, and gun crime. It is a bold story but long monologues and thought bubbles make the placement feel very strange. Miller adapted it to fit the timeline and despite a temporary return to excessive dialogue, it is still a good read with superb artwork that gets better as the pages turn.

These are epic stories that remain exciting thirty years on. The amount of emotion, tension and reality they captured has inspired other writers and artists over three decades. It is a style of storytelling we take for granted now, but highly influential at the time.

The concluding section of Miller and Janson’s run is in Volume 3. The same material in this book is collected in a slightly different format in Daredevil Visionaries: Frank Miller volumes 2 and 3, and a Daredevil by Frank Miller & Klaus Janson Omnibus.