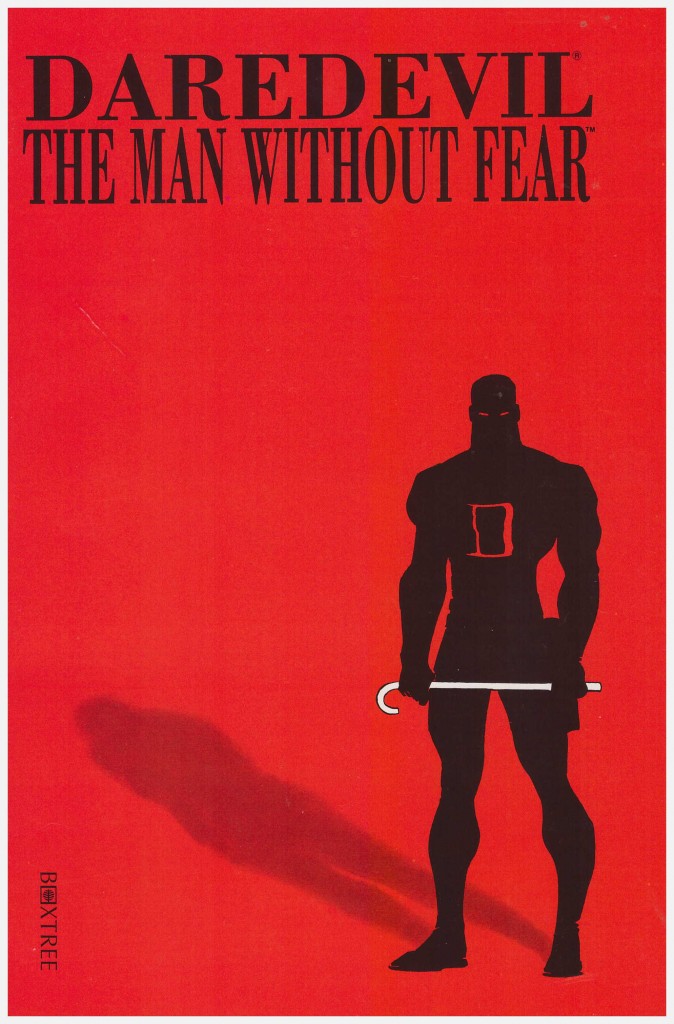 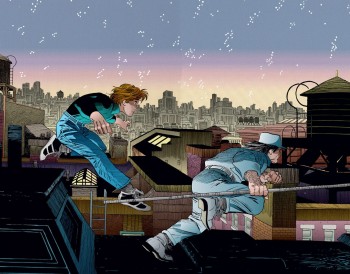 The Man without Fear has the feel of a labour of love. Frank Miller and John Romita Jr both worked on Daredevil for long periods in the 1980’s, albeit on separate runs. Both contributed new characters to the series and Daredevil was the first project where either man got the chance to really show his stuff. This is a reworked origin story by a writer and artist who know their subject inside and out. They deliver a gritty and emotional storyline, sharp colour contrasts, brutal violence, flawed heroes and sadistic villains.

Miller’s story burns slow and steady, taking time to really look under the Daredevil mask at the man Matt Murdock. If anything the characters are rooted in reality. These are good and tough, yet fractured people doing their best to stave off the darkness grasping for their souls and keep a steady course, trying to break away from the personal histories and upbringings that would define them. Stick (Murdock’s blind ninja mentor) and Elektra (femme fatale love interest) are Miller’s creations and their connection to Murdock/Daredevil are expanded on. Emotions, urges and inner demons are explored. This is Daredevil according to Miller, the way he saw the character when he started, and here skilfully nurturing and shaping him.

Romita Jr’s pencil art, as inked by Al Williamson, delivers black and grey backgrounds over which Christie Scheele lays her colour. There is a sense that violence is brewing like a thunderstorm just under the surface, and when it breaks it is drawn beautifully, simultaneously graphic and brutal. Art and story compliment each other seamlessly, character driven rather than action packed, but when the action comes it is so vivid you will remember it.

This is about Daredevil. Who he is, what makes him, what pushes him. Its real and gritty. Considering the sheer amount of iconic stories both creators  have contributed to other titles its arguable where Man Without Fear stands among them. In the Daredevil stable it is a book so good it has obvious influences  on Daredevil’s origin story in other media. That should really speak for itself.