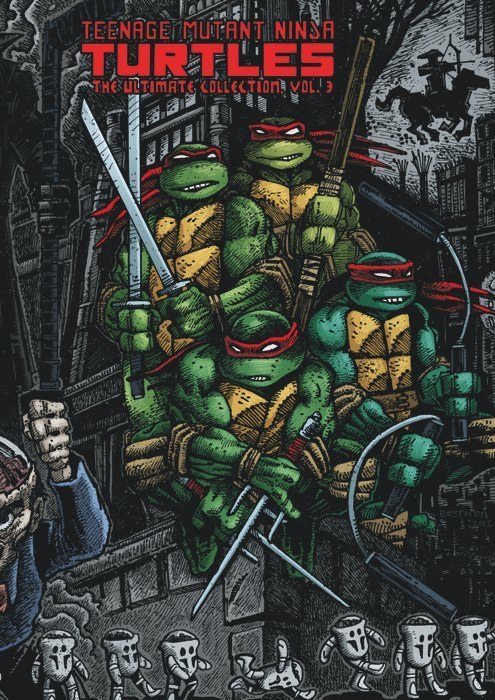 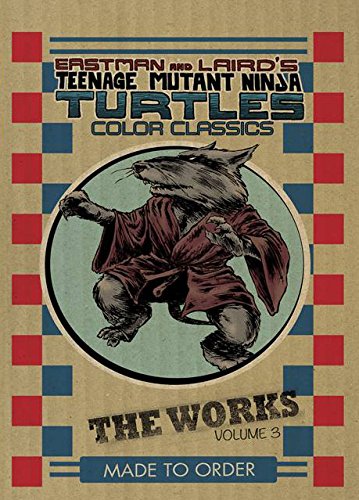 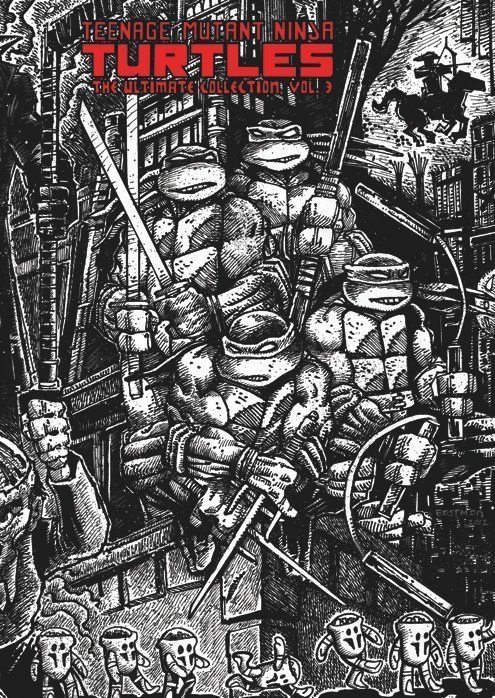 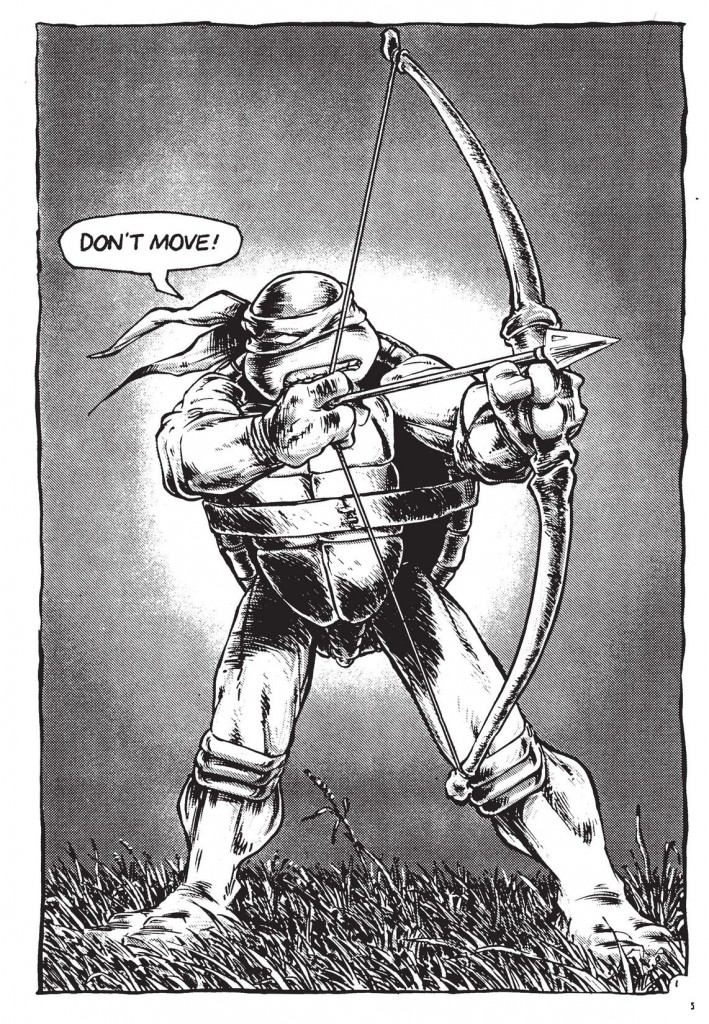 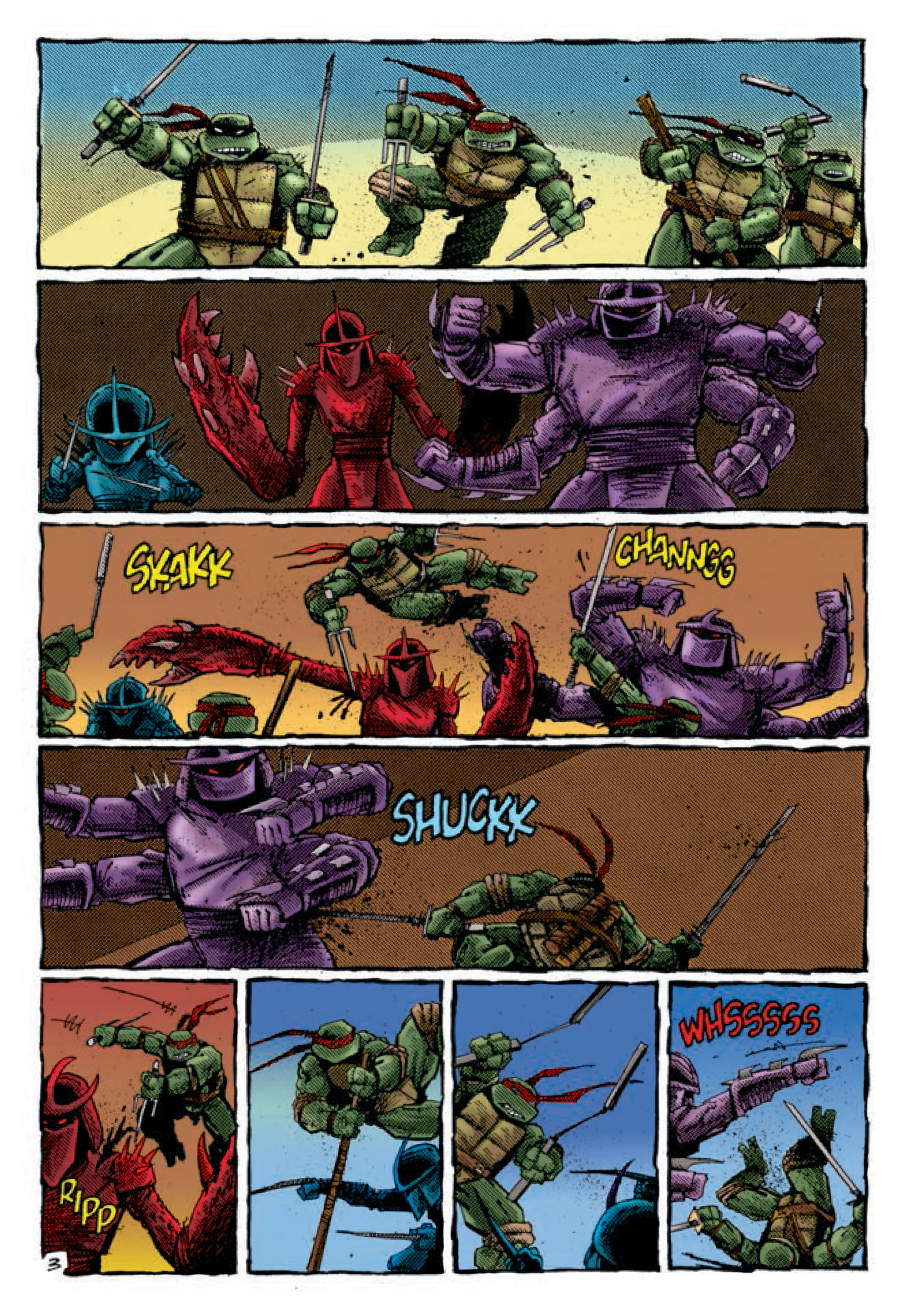 Kevin Eastman and Peter Laird, co-creators of the Teenage Mutant Ninja Turtles and co-founders of Mirage Studios originally produced their stories in black and white, reprinting them in colour as the title’s popularity grew under a tight budget. IDW has collected both editions, going to great lengths to improve the illustration and colouring techniques. The result? The fantastic looking Eastman & Laird’s Teenage Mutant Ninja Turtles in two separate but no less impressive formats: The Ultimate Black & White Collection and the coloured The Works. Aside from the obvious aesthetic differences, the material is exactly the same.

Since the calamitous events of Volume 2 the Turtles, Splinter and their allies, April and Casey, have retreated to Casey’s family farm in Northampton, New Jersey. This time of training and recuperation prepares them to return to New York and confront the Foot Clan, but frustrations and personal differences are bubbling over. Will the team be prepared in time? At this point in Mirage Studios’ lifecycle, the growing popularity of the TMNT meant Eastman and Laird were taking turns to juggle the merchandising efforts and write stories, requiring them to build a bigger artistic team and alternate creative and managerial duties with varying results. Laird’s story ‘Survivalists’ is a satire of Cold War paranoia. The crew are required to prevent a survivalist group from detonating a nuclear bomb to spark a war with the Communists and prove themselves patriots. The dialogue has more cheese in it than a pizza,and  the survivalists dress like rednecks but sound like inner city thugs. Artistically the features are disjointed, Laird’s work entirely inconsistent as a combination of  philosophical musings sits dismally beside attempts at not taking himself seriously. Not much better is his pastiche of superhero teams ‘Dome Doom’ (inked by future artist Jim Lawson), but at least he has the good grace to poke fun at himself: “Who writes this guy’s dialogue?”

Kevin Eastman fares slightly better with a gumshoe caper in ‘The Unmentionables’, but it’s a story of Michelangelo in Feudal Japan co-written and entirely illustrated by Eric Talbot that works best, with Talbot delivering some good scenery. It seems a little out of place at first but makes more sense by the conclusion. Eastman and Laird return to writing duties for ‘Return to New York’, Raphael returning to face the Foot after a disagreement with his brothers. The boys come looking for him and storm the Foot headquarters with little help from an unexpected ally. While the writing team provide layouts, it is Jim Lawson pencils with Laird, Eastman and Talbot sharing the inking. There’s a vast improvement in the characters, the writers adding a nice level of suspense with Lawson taking inspiration from Klaus Janson’s art on Daredevil, this being panel after panel of neatly choreographed combat in almost near silence. Other sci-fi influences show through in clones and bodyguards that look like Predators, but the story would have been better without them. Artistic quality only ever dips briefly during the tale, quickly returning to form. Lawson’s tendency to play each scene movement by movement  makes this overlong with many panels being unnecessary. IDW print both collections in an oversized format with good quality pages, The Works possessing a style not evident in black and white, but the contrasting story quality is a disappointment.